Improvisation has replaced ritual for those whose job is to help us at times of grief. 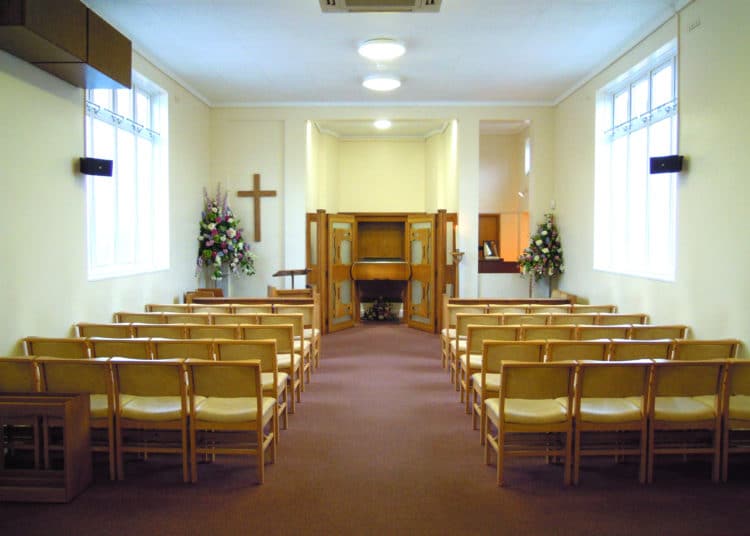 Locked down, we are robbed of our perspective. Some things become invisible. A few days ago outside a funeral directors in Wakefield, there was a sparse gathering, mainly dressed in black. They loitered: maintaining social distance, but unsure; their awkward body language betraying a sense that they wanted to do something but didn’t quite know how.

To an onlooker it seemed out of place. No cortège. No consoling hugs. No ritual. The emergency rules on funerals – brought in to limit the spread of COVID-19 – have created a problem that for some will have far-reaching consequences. Our mass shock and panic may blanket the impact for now, but this period of incomplete goodbyes may resonate in our national psyche for years.

Early on in the crisis, some reports suggested there would be a national ban on mourners at funerals. There were stories of crematoria limiting attendance to three people, including the officiant. Already there was a nagging sense of a crisis hidden just out of sight. But forming an overview of the situation is difficult, even for those working in this field. By its very nature, the subject is sensitive. This aspect of life in a pandemic is something people are reluctant to talk about.

One vicar from the Leeds area told us, “It’s really weird, I haven’t had any (funerals) since lockdown. I think it’s partly due to our local crematorium being closed. I’ve heard of how other vicars are doing and it is pretty awful. One has had five this week alone.”

Indeed, Leeds seems to be badly affected: two out of its three crematoria are closed at the time of writing. Nearby, City of York Council hit the national headlines at the end of March when it banned mourners and officiants from being in the building during cremations. Following interventions from the city’s MP, Rachel Maskell, mourners can now attend funerals under a ‘canopy’ (in reality, three gazebos and 10 plastic chairs), outside the building on the lawn, beneath which close family can listen to the service on loudspeakers.

But there is no common template. Most crematoria are still open in Yorkshire, but much depends on the size of the room within. In North Yorkshire, the guidance currently allows up to ten mourners. In Bradford, West Yorkshire, the council closed the crematoria, but then re-opened them with a variety of restrictions on the numbers of attendees. It changes from day to day and improvisation has replaced ritual. As the Rev Pete Willox, the vicar of Ben Rhydding in West Yorkshire, commented:

“One funeral I was due to take was going to be a very large affair but had to be changed to a graveside ceremony with only ten people. A larger celebration of the deceased’s life will have to be held at a later date. At another, one mourner filmed the ceremony to share with relatives later. One vicar I know has even remodelled his study to resemble a chapel so that he can live-stream a service to the family before a few of them go on to attend a smaller cremation afterwards.”

All this ad hoc ritual may seem strange, but ritual is an essential part of the grieving process. Those who work in this area know how important it is to maintain some form of ritual, to give people the chance to begin this process. When people suffer any kind of loss, they can feel as though they have lost control. Ritual helps restore that control and makes it easier to cope with the grief.

“Though rituals can be highly formal, such as the kind of rituals seen in many religions, they can also be informally created by people needing to find a way to come to terms with grief. While rituals can vary widely, the underlying principle of restoring a sense of control is usually the same.”

As the Rev Willox explains: “Grief often involves many stepping stones, stages along the way to coming to terms with loss. Any opportunity to say goodbye and celebrate a life is a useful step. Having that taken away can be a great cause of pain for those left behind.”

For the Williams family in West Yorkshire the Covid-19 restrictions had a significant impact on the last weeks they had with their mum. Sheila Williams died on 10 April having been ill for some time. She spent her last months in a residential care home and for the final few weeks, her family were prevented from being with her in person. Only in the last few days were they allowed to visit her to say goodbye, and this was restricted to two people at a time wearing protective gear.

Her son Richard describes how this felt:

“We were sat with her wearing masks and plastic aprons, which meant that Covid-19 was at the forefront of our minds. It made an intimate and intensely personal experience feel clinical and detached. But we’re grateful to the care home for helping us be with mum in this way.”

Mrs Williams, a former teacher at various schools in the Bradford area, was laid to rest on Monday. The funeral home allowed 12 mourners to be present, sat on benches 2 metres apart. Under normal circumstances the service would have been packed with friends and family, former colleagues and pupils from across the region (she had been a popular teacher and had made a difference in many people’s lives). At the graveside, the family were accompanied by a council official who ensured that physical distancing rules were observed. Richard told us:

“The priest conducted a short service in the chapel, which was lovely, but the experience at the graveside was very unpleasant. We were policed by the council official, who ushered us away immediately. It felt perfunctory, like it was just a task to be completed. Afterwards we waved goodbye to each other across the grave and that was it. It was over.”

For everyone affected at this time, the emotional effects are likely to rumble on for years. Summing it up perfectly, the Rev Willox said: “It’s going to be like a very slow, quiet bomb that doesn’t explode, but detonates slowly for years.”

More information on funerals during the pandemic is available here.