Chelsea Ellis, a four-year-old girl from Barnsley, aims to cycle 100 miles during March and April to raise awareness of mental health illness and raise money for charity. 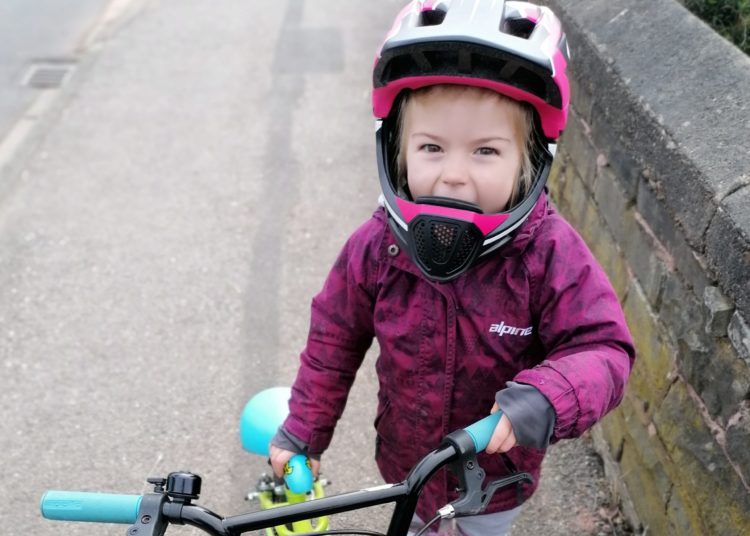 Chelsea Ellis, a four-year-old girl from Barnsley, aims to cycle 100 miles during March and April to raise awareness of mental health illness. With the initial aim to raising £150, the toddler has already raised the bar by collecting over £320, the proceeds of which will be donated to the mental health organisation Rethink Mental Illness.

The four-year-old from Kendray, Barnsley has taken up this initiative, saying that she “wants to help people just like they helped my mummy”.

Proud mum Keeley Ellis, a 26-year-old law student, struggled with mental illness during her teenage years and was helped by the mental health organisation. She says of Chelsea: “She’s been really successful, and obviously our aim is to carry on getting donations and helping people in the community to feel better.”

Since the coronavirus outbreak, there’s been an increase in mental health cases that are not being looked into efficiently. People have not been able to access mental health services as easily, as GPs are booked up for months.

According to the Mental Health Foundation, since December 2020 over half (54 percent) of the adult UK population have felt anxious or worried due to the pandemic.

Women (63 percent), full-time students (66 percent) and unemployed people (60 percent) are among the groups that have been feeling particularly anxious and worried.

Ms Ellis says: “With the pandemic, everyone has been feeling worried, anxious and depressed, and people were struggling to get to the GPs and services that they require. Which is when I had a chat with Chelsea about this and said that this is a charity that helps people when they may be feeling sad and need a bit of help.”

Chelsea began her cycling journey with stabilisers, but has since had them removed. Ms Ellis says, “There’s no stopping her now.”

This helps to keep Chelsea motivated and not too tired, and she gets some exercise while enjoying the hard work she’s putting in to the initiative.

While Chelsea cycles, her mum grabs the opportunity for a quick workout by walking alongside and supporting her daughter. She says, “If she’s tired and doesn’t want to go ahead, we’ll just wait until she’s ready. For a four-year-old this is a massive challenge, and we have to go when she is ready and at her own pace. As of now, she’s doing really well.”

Mental health is still stigmatised among many people. Parents tend to overlook symptoms that their children showcase and brush them off as temporary anxiety or stress.

As progressive mum who engages in positive conversations with her daughter on mental health, Ms Ellis shares this advice:

“I would suggest that [parents] take everything their children say seriously. They are crying out for you at a young age and if we ignore that and put it off as stress, stress can lead to more anxiety.

“If [children] feel like they’re not getting the support they need at a young age, it could lead to further problems in life.”

Ms Ellis struggled with mental illness at the age of 17, with hallucinations and personality disorders. “[Mental illness] is real, and it is scary. Not just for parents, but it’s also scary for kids that are suffering.

“Children with mental health struggles are on the rise, and it will keep rising, and we need to keep supporting people who need it.”

So far, Chelsea has completed over 50 miles. To support her, visit the initiative’s Facebook page.

Michelle is a journalism student at the University of Sheffield. She is currently a section editor of the university’s magazine and actively engages with the student’s union volunteering programmes. Michelle is a content editor and contributor for several online platforms and often blogs on opinion and controversial topics. She has plans to pursue a career either in magazine or broadcast journalism. Michelle resides in Dubai with her family.