Sarah Cobham writes about Ann Clarkson, a forgotten woman of Wakefield who sought to protect animal welfare by not only protesting against injustices, but setting up the SPCA Committee, which would go on to form the RSPCA. As a tribute to her passion for animal welfare, there is a fountain and trough at the bottom of Westgate. 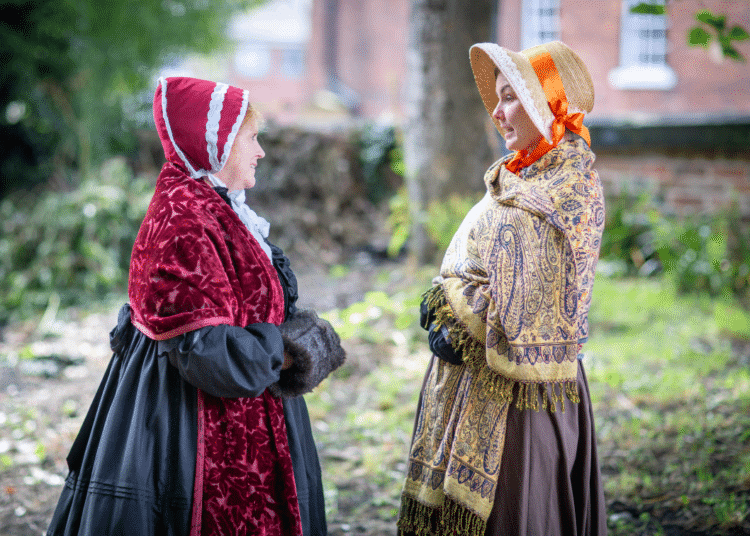 The Forgotten Women of Wakefield project aims to honour women who contributed significantly to public life in the city, but whose names have been erased from its history.

“It often needed courage to speak when it would have been easy to stay silent: but courage was never lacking” – Annie Christabel Clarkson, in her 1889 obituary for her aunt, Ann Clarkson

Wakefield’s Ann Clarkson was political. And unashamedly so. With her fierce intellect, hunger for knowledge, formidable memory and propensity towards self-cultured education, when she spoke out against poverty, inequality and animal cruelty she spoke with an authority that came with a sound judgement and commitment to the betterment of herself, and others.

Ann was seemingly oblivious to the social stigma and judgement afforded to her by many, as she strove to improve the lives of all creatures.

The journals of Ann’s cousin, Clara Clarkson, provided a window into her life. She often dismissed Ann’s activism as being eccentric and struggled to understand how such passion for a cause could keep anyone so committed. But whilst Clara saw Ann as difficult, it is clear from within the surviving journals that she loved her deeply and would have been lost without her.

Nevertheless, Clara writes on 11 November 1876 that, “Cousin Ann came; ready for a subscription for her Anti-cruelty Society. It is high time she gave it up and many other things too”.

What Clara wanted Ann to give up was a lifetime dedicated to visiting the sick and the poor in their homes, as a stalwart member of Wakefield’s Ladies’ Sick Visiting Society.

Clara could never understand Ann’s insistence on interfering when she witnessed injustice. Ann did this throughout her life. At 75, when she was passing the top of Salt Pie Alley, Wakefield, Ann saw, “an Irishman beating his wife and interfered. He hit Ann on the arm. All her life Ann interfered when she saw anyone being cruel to animals and people deferred to her, but this man frightened her”.

Ann’s passion for preventing injustice went beyond just humans. Her commitment to animal welfare moved her to establish a committee of the Society for the Prevention of Cruelty to Animals (SPCA), which was constituted at the Wakefield Court House in the spring of 1836.

Several members of Wakefield’s Unitarian chapel are named on the original committee, alongside family friend Daniel Gaskell, Wakefield’s Unitarian MP, who actively supported legislation in parliament in support of animal welfare. When in 1837 Gaskell was defeated in the election by William Sebright Lascelles, Ann was furious and called it a “triumph of iniquity”. As Gaskell had been such a strong supporter of animal welfare, human rights, and an abolitionist, is it any wonder Ann lamented the state of the polls as he lost his seat?

Ann spent the rest of her life raising awareness of the plight of animals and reacted with indignation if she witnessed any wanton or thoughtless cruelty towards them. She courageously challenged cruelty and acted when necessary, even buying trapped birds from street urchins and paying boys pennies for every half-drowned kitten they found.

She believed animals were sentient beings and worked tirelessly to raise funds and to educate people about their suffering, with mixed responses. Clara’s journals tell us that in 1838, Ann attended a literary society meeting where the question, “Are Animals Endowed with reason as well as instinct?” was asked. Clara writes: “Only Ann and Mr Cameron (the Unitarian minister) agreed they did. Much discussion about cruelty to animals – Ann’s pet subject.”

The Unitarian Westgate Chapel remained the spiritual home of Ann Clarkson, who, as a Sunday school treasurer and teacher for girls for over 30 years, played a huge role in the championing of education for her sex. As a teacher, she encouraged a non-judgemental approach to others and was quick to appreciate “an earnestness and goodness in all forms”.

She created around her a world of good that enabled her pupils to thrive. It is no wonder then that Ann signed the first mass Votes for Women Suffragist Petition to be put to Parliament in 1866. Ann’s courageous actions inspired nine other women from Wakefield, including her cousin Clara Clarkson, to sign their names on this momentous document.

Thirty years of being a friend to the SPCA Wakefield evolved into establishing an RSPCA branch in 1869. Ann, along with her friend Mrs Hartley Lee – Elizabeth Northorp – had been invaluable in forming the Wakefield branch of the Royal Society for the Prevention of Cruelty to Animals.

The branch was instrumental in “causing a shelter to be erected in the cattle market for the protection of young animals from the inclemency of the weather and was becoming known as a strong arm within the law”.

By 1870, fundraising events instigated by Ann, and legal actions pursued by the RSPCA against those abusing animals, were being reported frequently in the local press. Local schoolchildren were being presented prizes for essays entitled ‘The Duty of Kindness to Animals’, and cat killers were being prosecuted. Reports of the annual general meetings over the next decade show a society going from strength to strength with Ann’s kind, empathetic, intelligent, and courageous spirit at its heart.

In the summer of 1888, just four months before Ann died, a fountain and trough were dedicated to her and installed just outside the family home at the bottom of Westgate. Funds for the fountain had been raised by public subscription and donations from RSPCA members.

Ann’s caring and appreciative nature was noted by her brother, Henry Clarkson of Alverthorpe Hall, at the opening ceremony. He shared her awareness of animal welfare and described her as having a “zealous interest in protecting them (dumb animals) from any avoidable suffering” from her earliest youth. He described how the feeling grew and strengthened as years went by, becoming almost a devotion in her life alongside her unerring commitment to alleviating the plight of her fellow creatures – the sick, the suffering and the poor.

The words carved on the side of the monument recognise that every impulse in Ann’s heart made her strive to lessen the suffering of others. The fountain provided the people and animals of Wakefield access to clean water at any time and was a beautiful tribute to a long life lived in the service of others.

Ann died, a year before her cousin Clara and some years before her brother Henry, in the same house in which she had been born. She spent the autumn of her life enjoying looking at the fountain, which is clearly seen in the Louisa Fennell painting of Westgate Bridge, and which also shows Ann’s three-storey family home with the front facing us.

Ann’s fountain in Wakefield moved to the side of Westgate by 1913 and then again to the Clarence Park entrance on Denby Dale Road in the 1970s.