In Sheffield, a local football club has been leading the way in uniting its community and overcoming division. 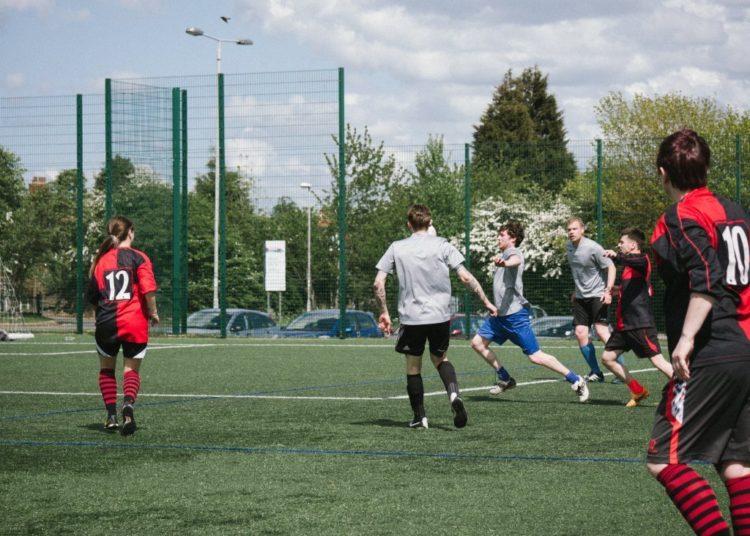 The UK, and England in particular, is gaining the attention of the world for the number of community clubs and the inclusion projects they run. One of the most stunning among those is firmly rooted in South Yorkshire and surely deserves to be discovered by the entire country.

Starting from St Paul’s Cathedral and walking for some twenty minutes roughly south of Sheffield city centre, one can reach the Lowfield quarter where it is possible to see an elegant Georgian building known as Mount Pleasant. It was built in the second half of the 18th century for one of the richest families of the Steel City and it is now partially used as a care home. Not very far from this sadly underrated landmark, there is the U-Mix Centre, a large youth and community multi-sport centre, and home of Mount Pleasant Park Football Club.

The club was founded in 2013 by a group of friends with a passion for football and the aim of creating an inclusive and supportive environment, where people of all ages, genders and backgrounds can enjoy sport together. Mount Pleasant Park’s policy is as clear as it is fair: they openly stand against all forms of discrimination, including transphobia, homophobia, sexism, racism and many more. Members are encouraged to preserve the inclusive nature of the project while on the pitch, avoiding discriminatory terms and giving time, when needed, to their opponents before tackling for the ball.

The club is not fully affiliated within the Football Association, so it doesn’t take part in the FA Cup or in one of the many tournaments of the English football pyramid. However, it is involved in a number of charity competitions. Through tournaments, raffles and merchandise they have collected money for remarkable initiatives aimed at tackling racism and every other form of discrimination in Britain and abroad. Antifascist prisoner support, migrants’ welfare organisations and an anti-deportation campaign are just some examples of the causes they support, and this includes Assist Sheffield and Social Workers Without Borders.

Before the pandemic changed our lives, the club’s weekly meetings were scheduled to be every Wednesday evening. There is no doubt that when the health crisis is over, the club members will be back on the pitch, wearing the white shirt with a diagonal green stripe (perhaps inspired by the great amount of trees in Sheffield, the only city in Europe with more than 60 percent of its territory covered by green spaces). Their egalitarian policy is also evident in the club’s structure: there is no leader, no ruling president or chairperson, but a committee of willing and active members who organise meetings, deal with internal and external enquiries, select team for tournaments and make sure every member feels welcome at Mount Pleasant Park.

Sheffield, one of the most progressive, inclusive and forward-thinking places in Britain, the same city that elected a refugee as its major and its MEP, has produced yet another jewel of integration and humanity. Now a firmly established voice in the sparkling network of community football clubs of England and part of project FURD (football unites, racism divides), Mount Pleasant Park FC embodies many aspects of the idea of Olympism, a way to unite people, to overcome differences and to enjoy the healthy practices of sport.