How much difference could we make to food and farming, and to what extent are we at the mercy of decisions by producers and distributors? 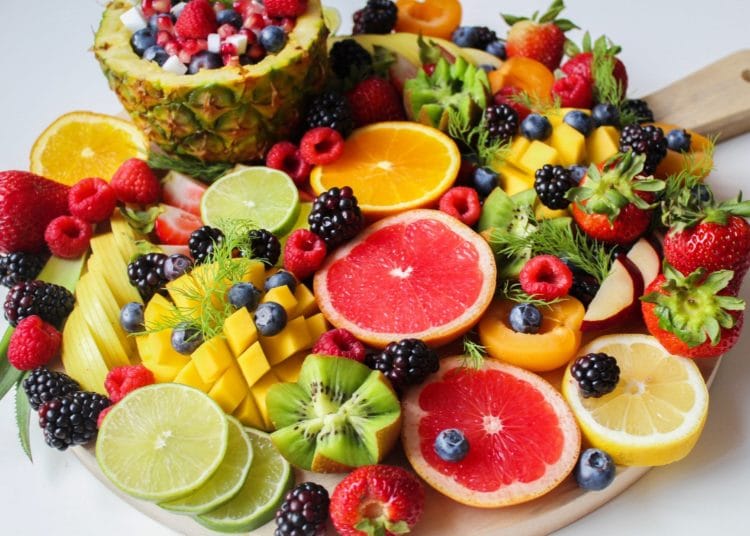 Photo by Trang Doan on Pexels.com

Last week I went into Morrisons in Skipton to do my weekly shopping. That’s not exactly the most exciting opening line I have ever written, but stick with me. They were selling organic broccoli (all credit to them). But they had wrapped it in plastic that couldn’t be recycled (no credit at all to them). What kind of customer wants to pay a premium for organic food in a bid to help the environment, but is happy to dump more totally unnecessary plastic into that environment?

That got me thinking. How much difference could we Yorkshire consumers make to food and farming, and to what extent are we at the mercy of decisions taken by producers and distributors? Could the environment be saved by consumer pressure alone, or are other interventions needed?

The answer isn’t so simple. Consumers can and have made a massive difference to supermarket attitudes. The same Morrisons supermarket that disappointed me so badly has made a whole host of environmentally friendly changes, such as dumping small clear plastic bags to put your loose vegetables in and introducing brown paper ones instead. They did so after significant consumer pressure and are well aware that consumers can switch from one shop to another if they don’t like what they see. Most supermarkets stopped selling disposable plastic straws and cups without waiting for government legislation before they took action.

Yet the idea that we can save the planet one plastic straw at a time is deeply flawed. Farmers, manufacturers, packagers, distributors and stores are locked into a supply chain that is a nightmare to control and which forces some horrible practices on people who have little economic choice.

Many farmers would love to take the pressure off the land, nature and livestock on their farms, and produce in more environmentally friendly ways. Some already do so by targeting the higher quality end of the market, but this tend to come with a higher price tag. Those trying to produce food that a wider variety of customers can afford find themselves caught on the hook of the power of supermarket buyers. One notorious result is that in many supermarkets, bottled water costs more than milk. It is simply not realistic to expect farmers to be able to produce in a way that is sustainable for their livelihoods, under that intensity of price pressure.

If we want quality food produced in an environmentally friendly way then this also has to be financially sustainable for farmers. Yet many people need to be careful about money, particularly at a time of serious economic insecurity, and will always seek out the cheapest product. That means we can’t expect to solve the bulk of the challenges by deferring to consumer choice alone and waiting for people to voluntarily pay more.

There is much talk at the moment about fixing some of these problems by subsidising farmers to provide public goods such as wildlife-friendly areas of farms, increasing tree and hedgerow cover, and preventing downstream flooding by retaining water in upland areas. That would mean the public paying money to farmers through subsidies, in exchange for improvements in the food production process and changes in land management.

Yet such measures would be of limited use unless they are accompanied by other changes. Without some method of increasing the economic negotiation power of those who produce and sell food, subsidies handed to farmers could result in them receiving reduced prices, because the supermarkets might see an opportunity to drive harder bargains.

There is a real need for the government to act to equalise the relationship between farmers and supermarket buyers. One way of doing this would be to create marketing boards to introduce some collective negotiating power on the part of farmers, which could operate in a similar vein to the Milk Marketing Board that met its end in the 1990s. The government could set up such an agency to buy up produce at reasonable prices and then sell it on to supermarkets, putting farmers and supermarkets on a more equal footing in negotiations over price.

Without thinking both globally and locally it is hard to change the nature of food and agriculture. Even though I consider myself an enthusiastic internationalist, it is challenging to justify importing huge quantities of food into Britain in a season like autumn, when we are perfectly capable of producing good quality local fruit and vegetables. Schools have a big part to play by helping young people to learn the joys of consuming apples, plums, and pears and by teaching them to grow and pick fruit like blackberries, redcurrants or gooseberries. Surely cooking and eating healthily is every bit as important a part of the curriculum as reading and writing?

Yet even a well-educated and well-intentioned cook won’t be able to use healthy and locally produced food if it is simply not there on the shelves. Despite using that same Morrisons supermarket I mentioned earlier once a week during lockdown, I simply never saw a gooseberry on sale. Finding passion fruit was easier. One of the reasons I go to Morrisons is that they are one of the best supermarkets at keeping a connection with food production. Yet even they are weak in the extreme at presenting local seasonal food to their customers. It is easier for supermarket chains to fly in food picked thousands of miles away by cheap labour than to work with local farmers to restore local seasonal supplies as the mainstay of what is on their shelves.

Governments need to be thinking about ways to help much more locally produced food to reach consumers. One of the ways of doing this is to foster the growth of local supplier networks that sell direct to the consumer. Many of these did really well under lockdown and could be much more sustainable with financial support from the government.

I am not trying to argue here for some kind of Soviet-style over-regulated food supply system. Stalin’s Russia collectivised agriculture and regulated supply, and generated an enormous famine in the Ukraine with a death toll in the millions. Mao’s China repeated the experiment. That time the death toll was estimated at 18–45 million. By comparison, markets do a very effective job.

What I am suggesting is that national and local governments are not powerless in the face of markets. They can guide and direct them with intelligence or they can step aside and assume that all will be well if we leave everything to the mystical wisdom of the market. If powerful market forces are driving us all to consume unhealthy foods produced in unsustainable ways, then governments need to get off their backsides and act instead of indulging in failed economic theories that markets can do no wrong and consumer choice will sort out every problem.

One final thought. A few years back scientists discovered that horsemeat was being sold in ready meals. When that scandal hit, supermarkets tried to trace the origin of the meat in those pre-packaged foods. It proved almost impossible to find out who the original growers of the food were, because what the farmers produced had been sold and resold through a complex web of wholesalers, producers and distributors. Almost none of the ready meals contained meat from one farm and it rarely came from one country. On more than one occasion criminal gangs had bought up contaminated meat and inserted quantities of it into the food chain where it was mixed in with more legitimately sourced produce.

The vast majority of Yorkshire consumers like to know what they are eating. The vast majority of Yorkshire farmers want to be able to afford to grow good quality food while protecting the land and the local environment. Is the national government really focused on connecting the two? Or are they trying to soften farmers and consumers up in advance of a US trade deal?