The report focused primarily on pay levels of ‘disadvantaged sons’, finding that, at 28, a disadvantaged son from Bradford could expect to be earning £9,500 per year, while counterparts in the most socially mobile local authority, Forest Heath, would be making £21,200. 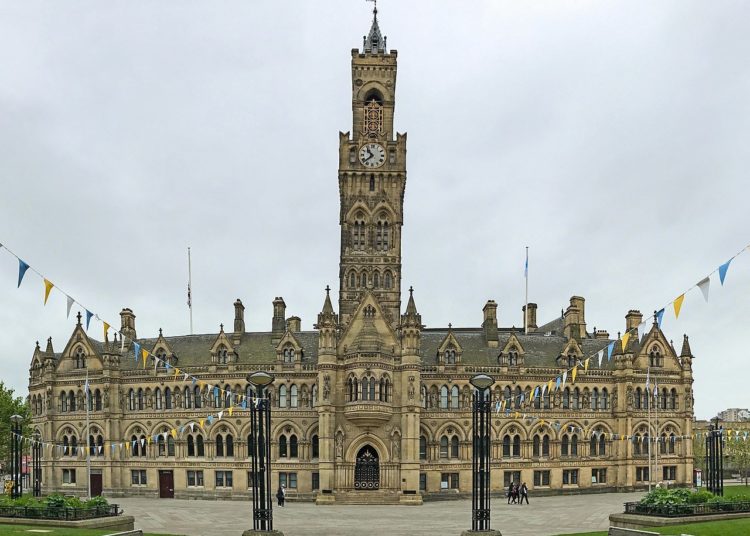 Figures released yesterday by the Social Mobility Commission reveal that five local authorities in the Yorkshire and the Humber region are among the 24 least socially mobile in the country. Bradford is listed in 2nd place, behind only Chiltern in the South East, with Hull, Rotherham, Kirklees and North East Lincolnshire all featuring on the list.

The report focused primarily on pay levels of ‘disadvantaged sons’, finding that, at 28, a disadvantaged son from Bradford could expect to be earning £9,500 per year, while counterparts in the most socially mobile local authority, Forest Heath, would be making £21,200.

A number of root causes were suggested, in particular education. The presence of educational structures that separate students based on merit, such as grammar schools or segregated schools, heightened inequalities between children from affluent families and those from disadvantaged ones. The report posited that this would lead to additional restriction on social mobility further down the line. Along with advocating for reforms in this area, the report also recommended policy interventions to allow better access to the labour market, as well as expanding the accessibility of the new towns fund and aiming for place-based solutions to individual problems.

These figures represent another stitch in the tapestry that highlights regional inequalities in the UK. Previous research had already showed that Yorkshire and the Humber was lagging behind the rest of the UK in areas such as health, GDP per capita, and life expectancy. While these new figures have received comparatively little national attention, Councillor Susan Hinchcliffe, leader of Bradford Council, told the Bradford Telegraph & Argus: “I think it’s a national scandal that you can be disadvantaged in life from birth depending on your postcode.” A government spokesperson briefed the Guardian that, “The needs of the most disadvantaged and vulnerable remain central to all our work”, but the £90m pledged to twelve ‘opportunity’ areas is far from enough to tackle the problem.

This social mobility is unlikely to improve under the shadow of the pandemic. A BBC report identified young people as among the worst hit by Covid-19, with a youth unemployment rate of 13.4 percent. Moreover, this rate is only going to get worse; with the government’s furlough scheme set to end on 31 October, a significant proportion of the 9.6 million workers currently kept nominally in work also risk redundancy. Likewise, it’s just been identified that Hull has one of the highest unemployment rates in the country, with 1 in 10 working age adults claiming unemployment benefits. The city’s economy was already struggling before the pandemic, and is now one of the hardest hit.

Issues of regional inequality have faded into the background, as tackling the problems raised by the pandemic and the ongoing Brexit debates have come to the fore. But both Boris Johnson and Keir Starmer have made it clear that the North will be a crucial battleground at the next general election: the former explicitly, with the rhetoric of ‘levelling-up’; and the latter implicitly, as a general strategy of avoiding hot-button cultural issues and establishing the Labour leader’s patriotism have shown.

Like Brexit and coronavirus, social inequality is an issue that’s unlikely to go away, particularly with the upcoming economic difficulties caused by these other problems. Moreover, these realities have a tangible impact on day-to-day living. While it is easy for journalists to pontificate on the importance of having strong rhetoric on levelling-up the regions, a failure to deliver has a real effect on the experience of regular voters.

Last year the Labour Party lost nine of their 37 seats in the region to the Conservatives, in part because trust had been lost that it would truly pay attention to these areas. Tackling issues of regional inequality should not be a political football, but an end unto itself. Not only would a comprehensive policy platform to deal with these problems factor into a winning electoral strategy, but much more importantly it would put an end to a decades-long postcode lottery, and allow every child, regardless of place of birth, the opportunity to thrive.