Examining the decision to put most of Yorkshire into Tier 3 and how the economic fallout from covid will mask the impact of Brexit. 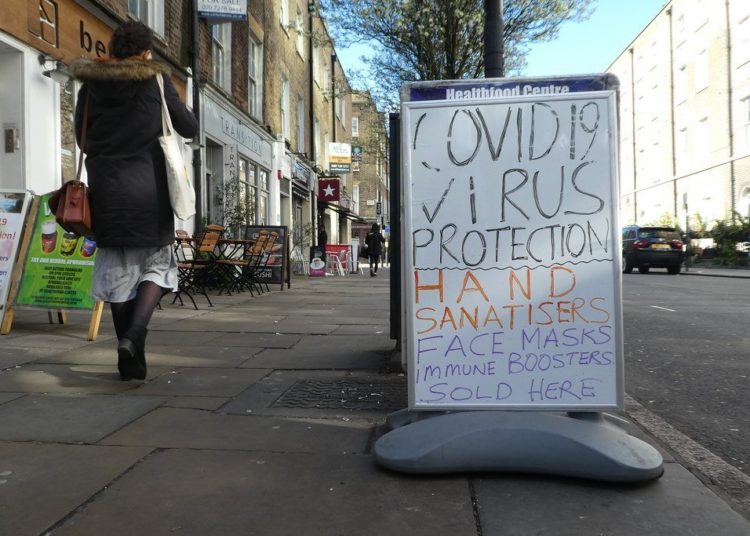 Image by duncan for Creative Commons

So, news that we all knew was coming but didn’t want to hear – Tier 3 it is for South Yorkshire, West Yorkshire and all the Humber authorities. Only North Yorkshire, including York, is Tier 2, so that means Selby, Scarborough, Easingwold, Thirsk, Malton, Whitby, Harrogate and Filey. One could almost forgive them for breaking out into a rendition of “Oh I do like to be beside the seaside”.

For our social lives, the difference between Tier 2 and 3 is little; but for local business, especially hospitality, it is quite possibly make or break time. In Tier 2, pubs and bars must close, unless operating as restaurants. Hospitality venues can only serve alcohol with substantial meals. But outdoor and indoor performances, spectator sports and shows are permitted, limited to 50 percent capacity (no more than 2,000 people outdoors or 1,000 people indoors).

The full Tier 3 measures can be found here. Although we have been told ad nauseam that we are all this together, we find in fact that we aren’t. The hospitality industry, for one, is paying a disproportionate price, as are the many individuals and communities who have been in some sort of lockdown since July or August.

The anger is palpable. When Dan Jarvis, the South Yorkshire mayor, tweeted yesterday: “The government has put South #Yorkshire into Tier 3 from Dec 2. We must not stay there a moment longer than we have to. We need better test & trace; better, fairer support for our people & businesses; and above all a credible roadmap out” he got a fair amount of flak. Some were asking just why he had let this happen.

And of course that’s part of the problem. There was no consultation with local MPs or mayors, with many finding out what tier their area was being placed in from local radio or the newspaper. It is also the inconsistency and the uncertainty that adds to the confusion.

Sheffield’s current rate of infection according to The Star, using data published by the government on 24 November, is going down. It was 302.5 cases per 100,000 people in the seven days to 13 November, but fell to 245.4 cases per 100,000 in the week ending 20 November. Yet Sheffield finds itself still in the highest tier.

Meanwhile Bristol, a city that had low rates of infection in the first wave, now has substantially more than Sheffield. They have gone from hero region to zero region and are now in Tier 3 – which makes comparatively better sense. According to Bristol City Council, as of 24 November the Bristol rate remains well above the England rate of 230.3 per 100,000 and is currently ranked 17th highest among 149 English local authorities. Bristol’s rate of 390.2 new cases per 100,000 population in the last seven days (based on provisional data to 19 November) is lower than reported on Friday last week (471.3 per 100,000).

And then there is Tier 2 London. As the BBC reported on Thursday, London as a whole has an infection rate of 180.5 cases per 100,000, but within the boroughs there are huge variations. Havering, London’s worst-affected borough, had a weekly case rate of 360 cases per 100,000, whilst Camden has just 97 cases per 100,000. This local variation appears to have had no bearing on the tier decision.

Meanwhile, in Manchester, where the overall infection rate for the region has fallen to 267.5 per 100,000 – the lowest since September – the decision to return them to Tier 3 has been met with anger and incredulity. Mancunians feel they are now being punished for daring to challenge the government over the last lockdown.

How the tier decisions have been made, remains somewhat of a mystery, though it appears that the decision makers have considered a combination of factors, including transmission rates, positivity rates (the percentage of tests that are positive), the age groups of those affected, and hospital capacity in the area. Professor Peter Kelly, regional director for NE and Yorkshire Public Health England, admitted on BBC Look North yesterday that whilst London has some “mixed” rates, the decision makers have decided on Tier 2, whereas Yorkshire hospital pressures are considerably worse than the capitol, which may explain the Tier 3 status.

The problem with this divide and rule approach, is that spending time and energy trying to work out how we got here is futile. The real issue is how we get out of it; and I’m not talking about a short Christmas binge. It’s about having a clear and navigable route map out of the lockdown. What will the criteria be for lifting restrictions and who will make those decisions? And that is where we really should worry. Because not only has the government given no indication of what that route map is, it may well be in their best interests to keep us all in the dark.

Amongst the uncertainty of the virus and lockdown and bleak economic prospects, the one thing that is certain is that we leave the EU at 11pm UK time on 31 December. Many other countries are enduring similar hardships with the coronavirus response, but we are the only ones mad enough to be leaving our biggest trading block at the height of a global pandemic and with the worst economic slump in more than 300 years.

Whether or not we secure a deal with the EU, from 1 January we can expect unimaginable delays with the new customs regimes at the ports. This will have all sorts of knock-on effects for supply chains and in turn businesses, already pared to the bone and having to dig into reserves to deal with the pandemic.

Last week The Guardian reported on a confidential Cabinet Office briefing they had seen, saying “The government has privately admitted the UK faces an increased likelihood of ‘systemic economic crisis’ as it completes its exit from the European Union in the middle of a second wave of the coronavirus pandemic”.

A cynic would suggest that for a government that has got itself in this much of a mess, a pandemic could not have come at a better time. It is the perfect smokescreen for the mother of all hangovers that awaits us on 1 January. If ever there was a judicious use of lockdown – or at least, restrictions on public gatherings – expect it New Year’s Day and to last until March. Keep people and business away from the ports, dampen demand for stuff that’s holed up in Felixstowe or Southampton, restrict travel so the carnage can’t be witnessed.

Of course, this may just be lockdown paranoia setting in, but there’s too much pointing in this direction. The determination of the government to decide on lockdowns, and when to lift them. The divide and rule amongst regions. The failure to provide a route map. The government has been busy playing the blame game – first the EU and more recently business. The pandemic gives the government a Brexit-blame-game royal flush, which will enable it to convince large sections of the public that the hardships we are set to experience have nothing to do with its decision not to extend the transition period.

Expect a nationwide lockdown to herald the New Year and no shedding of tiers.