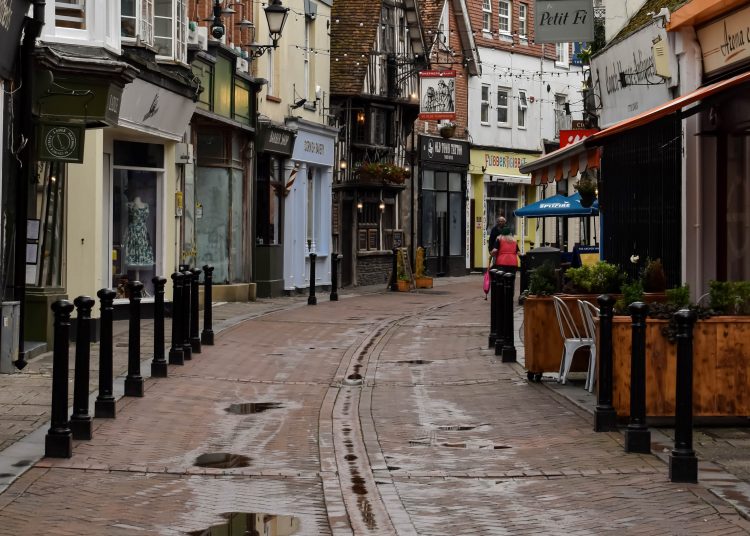 Photo by Kai Bossom on Unsplash

High streets in city and town centres in Great Britain lost on average 28 weeks of sales between March 2020 and September 2021, according to a report out by the Centre for Cities on Monday.

The Cities Outlook 2022 report has taken a deep dive into the state of the British high street, evaluating the impact of covid, both short term and long term, on Britain’s 62 largest town and city centres.

The impact of covid on our high streets

Some places entered the pandemic in pretty bad shape. In Bradford, Blackpool and Newport, the vacancy rate for high street property was already nearly 30 percent of all units.

In the short term, Covid-19 has turned the performance of high streets in the centres of Britain’s cities and large towns on its head. Economically stronger places were hardest hit by losing the most weeks of sales, while weaker places were less affected by lockdown restrictions.

Central London has been hardest hit. Between March 2020 and September 2021, it lost the equivalent of 47 weeks – almost a year’s worth of sales. Here in Yorkshire, Leeds lost 39 weeks in the same period, Sheffield 31 weeks and Bradford 29 weeks of lost sales. What is notable though is the variation between places, with Huddersfield and Wakefield town centres losing only 12 and 13 weeks respectively.

This is hardly surprising. Cities with significant numbers of professional and office-based jobs suddenly saw their footfall drop away, which affected retailers and hospitality – no office workers shopping at lunchtime, getting a sandwich or that sneaky beer after work. The professional classes were spending time in their bedrooms and shopping online, denying city retailers the skilled workforce’s propensity to splash its cash.

Disproportionate impact of lockdown on our cities

People also couldn’t move around. Local shopping centres (often those deemed as ‘weaker’) benefitted from lockdown, with more people spending locally rather than in the city centres. This underperformance of large cities, according to the report, accounts for a significant share of the overall underperformance in almost all lagging regions. For example in the North East, Newcastle is responsible for 92 percent of the wider region’s underperformance. If the pandemic has triggered a long-term shift in behaviour, this impact could become permanent.

However, early signs suggest that the cities that have traditionally been economically stronger and more affluent, will recover more quickly. Sadly, the less prosperous places will be hit by a wave of closures.

Successful cities still have productive, skilled, high-paying jobs in sectors such as financial services. They will be bringing their purchasing power back to the high street. Places such as Blackpool or Hull, where there is a lack of high-skilled jobs, come back post-pandemic in a very different place. 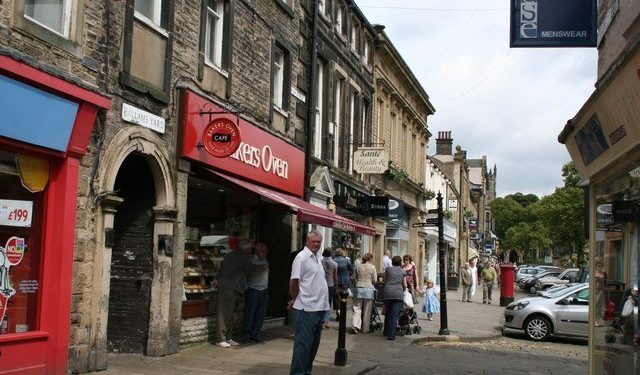 It is true that emergency government support for businesses appears to have cushioned places from significant damage. Strongly performing places such as London, Slough and Cambridge benefitted more in monetary terms from the chancellor’s rates holiday but other government grants helped weaker places where the money stretched much further.

But this seems to have just delayed the inevitable. Andrew Carter, chief executive of the Centre for Cities, speaking to the Yorkshire Post said:

“The bigger concern is for economically weaker places – primarily in the North and Midlands – where Covid-19 has actually paused their long-term decline. To help them avoid a wave of high street closures this year the Government must set out how it plans to increase people’s skills and pay to give them the income needed to sustain a thriving high street.”

The future success of high street is still dependent on the same things pre-pandemic – the need for levelling up locally and regionally, and better paid jobs in the towns and cities that have weaker economies.

The Centre for Cities report notes that employee footfall is still more than 30 percent below pre-pandemic levels and this affects spending. Factor that into already weaker city centres like Bradford, where 27.6 percent of its units are shown to be vacant, and it’s clear they start recovery in a far worse place than somewhere like York with just 11.4 percent vacancy rate.

“The benefits of being close to a successful city are emerging around Manchester. Take Stockport for example – it’s like Brooklyn to Manhattan. Stockport is 10 mins away from Manchester … Look at Rochdale – there are big changes happening linked to connectivity and transport links. Change is starting to happen.”

It is evident though that some places are just going to become left behind unless there are some long-term strategies put into place. Much now rests with the highly anticipated levelling up white paper, already overdue. And as ever, this will come down to how much money the government can find, or is willing to find, to support this.

Last week’s IPPR report highlights the gap between promises and reality on levelling up. As I wrote last week, “the 2021 allocation of the levelling up fund was an investment of just £32 per person in the North, against a drop in council tax spending of £413 per person over the last decade”.

Yet as the report notes, the high street is likely to form a significant part of a levelling up strand that the government has termed ‘pride of place’.

As Burnham said, “I hope that the government gets behind Gove and hope that the white paper puts some energy in this. We can’t keep firing on one cylinder called London and the South East. We need to free up other places, especially around the north”.

Or, as Carter told the Yorkshire Post, “Many of these places are in the so-called Red Wall so there is a political imperative for the Government to act fast, as well as an economic one”.