England, Englishness, and the North

Economically and politically, the idea of a North-South divide has been a persistent feature of national debate for decades. 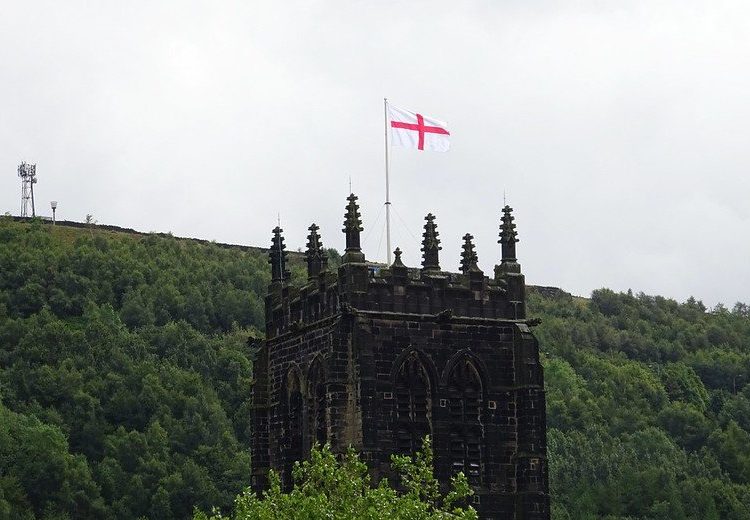 "Halifax Minster" by It's No Game is licensed under CC BY 2.0

Today, as with previous St George’s Days, there will be much discussion of the cultural and political importance of England and Englishness. Arguments will be made about the need for England to be recognised as a distinct political entity within the UK as Scotland, Wales, and Northern Ireland are. Political actors and commentators from across the spectrum will discuss the electoral potential for political parties should they embrace Englishness more heartily.

While there may be some merits to these arguments, there are also a number of flaws with them. Chiefly, these arguments often tend to assume that ideas of England and notions of Englishness are homogenous and uniform across the country. But this is not the case, particularly in the North of England.

‘Englishness’ is not homogenous: Northern distinction

Some historians have argued that there is evidence of Northern distinction dating back millennia. Historic settlements or events such as the Roman’s Britannia Inferior, the Viking Danelaw, William the Conqueror’s harrying of the North, the Pilgrimage of Grace and the Northern Rebellion in the Tudor era, and the Industrial Revolution and the subsequent process of de-industrialisation, are all commonly invoked as examples of the North of England being different to other parts of the country.

This sense of Northern difference has persisted into the contemporary era. Culturally, images of a bleak industrial North or the wild untamed moorlands of the rural North are contrasted with bucolic images of the soft and gentle countryside of southern England. Both of these distinct urban and rural images of the North have long been portrayed in literature, TV, and film.

Economically, the idea of a North-South economic divide has been a persistent feature of national debate for decades with the North generally said to be less wealthy, less productive, and receive less government investment than the south of England.

Politically too, the region has been seen to be distinct. In the post-war decades the North was viewed as being predominately Labour – at least until the last general election – in contrast to a largely Conservative-dominated southern England.

Differences between the North and South shouldn’t be ignored

The extent to which these ideas of Northern distinction are wholly accurate or applicable on a pan-Northern basis is contestable and open to debate. Certainly, nuances and differences within the North itself exist and shouldn’t be ignored.

What is important though is the cultural salience and resonance of these ideas as markers of Northern difference and of a North-South divide. The deep-rootedness and persistence of these notions within the popular imagination may shape how Northerners relate to ideas of England and Englishness.

Similarly, a 2018 survey by YouGov for the BBC indicates that attachment to counties rises notably the further away from London you are. This suggests that other forms of identity might be just as important, or indeed more important, than Englishness across large parts of the North.

In addition to this, a recent study by academics at the University of Oxford found that perceptions of divides between the North and South of England are greater than those between England and Scotland. A hefty 80 percent of Northerners feeling that they share cultural values with fellow Northerners, but just over 30 percent feeling the same about Southerners.

Marginalisation in the North

Politically, there is evidence that people in the North feel as though they are treated differently to those in other parts of the country. Over 60 percent of people in the North believe that the government cares less about their area, a higher percentage than any other region of England.

The current political salience of the North with the electoral importance of the so-called red wall, is also significant. The politicisation of the North by elements of the main two parties such as Labour’s Northern metro mayors or the Conservative’s Northern Research Group speaks to ideas of Northern distinction. The recent formation of the Northern Independence Party is also a notable political development.

All of this suggests that historic and persistent notions of Northern distinctiveness continue to resonate, both culturally and politically, and pose serious problems to simplistic ideas of England and Englishness.

Looking ahead it is likely that the politics of Englishness will become an increasingly important political theme. The pandemic has shone a light on some of the problems of governance in England. The continued debate about potential Scottish independence and the territorial future of the UK also raises further questions about the place of England.

Within these discussion and debates about identity and governance in England, it will be crucial to remember that England is not homogenous and that there are different shades of Englishness, particularly in regions like the North.

Ryan is a third year PhD researcher at the University of Leeds. He researchers and writes on the politics of the North of England. Ryan has written articles for a variety of publications and contributed to discussions on local radio and TV.