A pensioner performing a poem about male breast cancer, a York indie publisher, and a whole heap of persistence, have come together to produce a debut poetry collection for one writer at the tender age of 68. 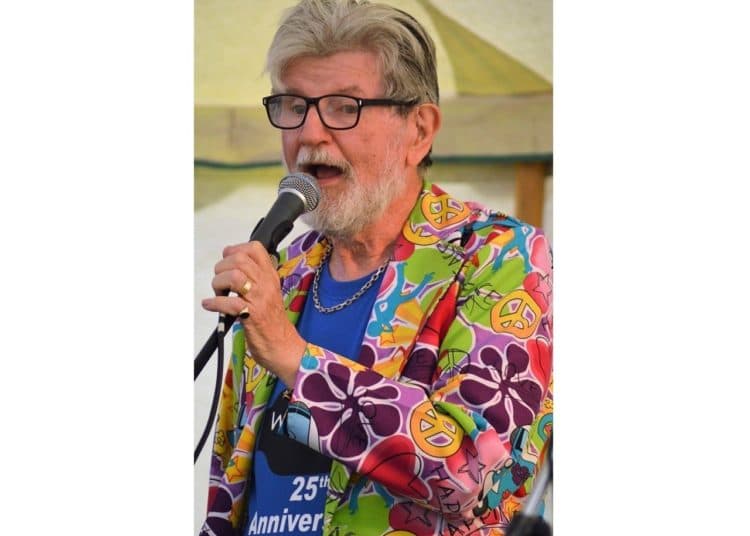 A pensioner performing a poem about male breast cancer, a York indie publisher, and a whole heap of persistence, have come together to produce a debut poetry collection for one writer at the tender age of 68.

Awakenings, published by Stairwell books of York, is the work of Richard Harries, a retired police officer from Withernsea. It’s a collection of Richard’s best work over the last ten years, which have seen him become a prominent figure in East Yorkshire’s spoken word scene.

Scan a local paper and you’ll often see a headline (with accompanying photo) of someone who has waited 60 years before deciding to put pen to paper, claiming to have “attracted interest from an American publisher”. Such stories invariably delve into the murky, crowded waters of Vanity Publishing: in short, for a fee, you can have a book in your hand to call your own which you can then inflict on family and friends and call yourself “a published writer”.

Richard’s story is different. Stairwell books is an independent, viable publisher that receives no public funding and has a diverse roster of writers. This means they only publish artists who are well known to Yorkshire audiences, and of sufficient commercial potential for the books to turn a profit.

It was whilst performing A Tale of Warning for Men at York Literature Festival in 2017, that Richard came to the attention of Rose Drew of Stairwell Books. Whilst Rose was complimenting him on his poem, which attempts to raise awareness of male breast cancer, Richard asked if she would be interested in publishing his work. She said no.

A year later, whilst he was appearing on BBC Radio Humberside, Rose contacted Richard and offered to publish his work. Why the delay? Rose explains:

“I love Richard’s poems, and yes, the male breast cancer poem was startling, fresh, and important, but we are a small publisher without external funding. A book will cost us £650 to £1,200 to bring out, dependent on size, and we can’t stay in business if we don’t recoup that investment.

“I had turned Richard down because we invest the same a amount of time whether the book sells 1 copy or 1,000 copies, and we’d rather work on books that might go out to 1,000 people! We are a business, and we fill an important niche: many unknown authors, who end up self publishing or with small presses, are female, or older, or LGBTQ.”

In Richard’s case, he impressed Stairwell by pre-selling his potential book to about 100 people straight away. This kind of behaviour is always warmly received by potential publishers.

“We love great writing, but books can fail if they don’t attract an audience, or if the author is reluctant to promote what is their work of art. Here Richard demonstrated he had all the qualities we need: good work, the ability to capture the interest of readers, and by gosh, he’s not shy! It was an easy decision at that point to take on his project.”

As well as performing all over the North, Richard organises poetry events himself in his home town of Withernsea, where he also has been heavily involved with the town’s Withfest, which combines a motorcycle gathering with an arts festival. In the last few years, it had been a hidden gem over in East Yorkshire in August. You could stroll, in the space of two hundred yards, from hearing a poet on one tented stage, to seeing stunt teams doing precision burnouts in a converted car park, to joining the crowds on the seafront hearing Hip-Hop from Hedon on the main stage. Such variety is what sustains good art.

Awakenings is available from Stairwell Books.