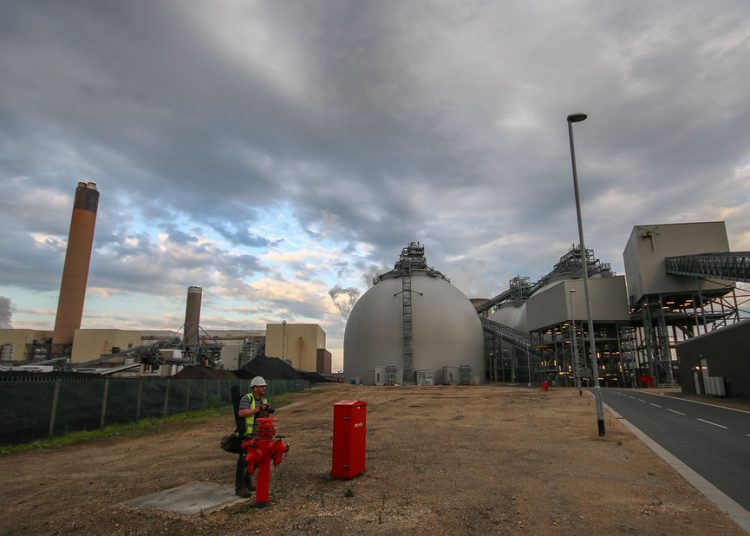 Drax power station near Selby, North Yorkshire, today entered a plea of not guilty at Leeds Crown Court to two charges against health and safety rules involving employees being exposed to fine particles of wood dust generated by biomass pellets.

According to Sky News, Drax Power Ltd is accused of exposing employees to wood dust thereby risking their “health, safety and welfare at work”. It is also charged with not preparing a suitable risk assessment before allowing the employees to work with potentially “hazardous substances” at the power station, which uses biomass to produce electricity for which it earns a subsidy from government. 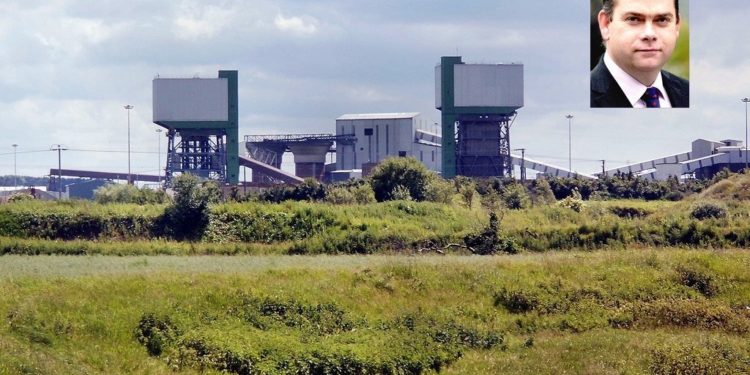 Drax is the largest biomass powered station in the UK.

In September 2021, Sky News revealed the energy producer was facing criminal prosecution by the Health and Safety Executive for two alleged offences.

The case, initially heard at Leeds Magistrates’ Court, was scheduled for the Crown Court in June next year.

Climate justice campaigners demonstrated online and outside the Crown Court as the hearing took place.

Campaigners from trade unions, health charity Medact and environmental campaign group Axe Drax, joined a banner demonstration to show solidarity with workers whose health they say is at risk from exposure to wood dust.

“Wood dust can cause lung damage and cancer of the nose and sinuses and it is unacceptable if a company, particularly one receiving large government subsidies, fails to protect its workers from it. Drax’s burning of biomass also poses many other health risks, in particular toxic air pollution both abroad where the wood pellets are produced and here in the UK where they are burned. As health professionals we call for investment in clean renewable energy like solar and wind power, which combat climate change and protect the health of the population.”

Drax in Yorkshire is the UK’s single biggest carbon emitter, releasing over 13 million tonnes of CO₂ from burning wood in 2020, and the largest wood-burning power station in the world, fuelled by around 7 million tonnes of wood pellets every year, the equivalent of about 25 million trees.

Campaigners highlighted the risks Drax’s activities pose to the environment and claimed that the use of wood pellets as ‘renewable energy’ was ‘greenwashing.’

Drax employs approximately 900 people and receives renewable energy subsidies from the UK government equivalent to £2.27 million per day, despite biomass CO₂ emissions being greater than those from burning coal.

“Drax has fully rebranded itself as a solution, but it will never manage to get away from the fact it has complete disregard for the health of its workers, communities across the globe and the living planet.

Note: This post has been updated since publication to include details of the protests