Drax has now decided to move away from its proposals for small gas-fired stations and recognises that these would indeed be incompatible with Britain’s climate change targets. Instead they are putting their faith in wood burning and carbon capture. 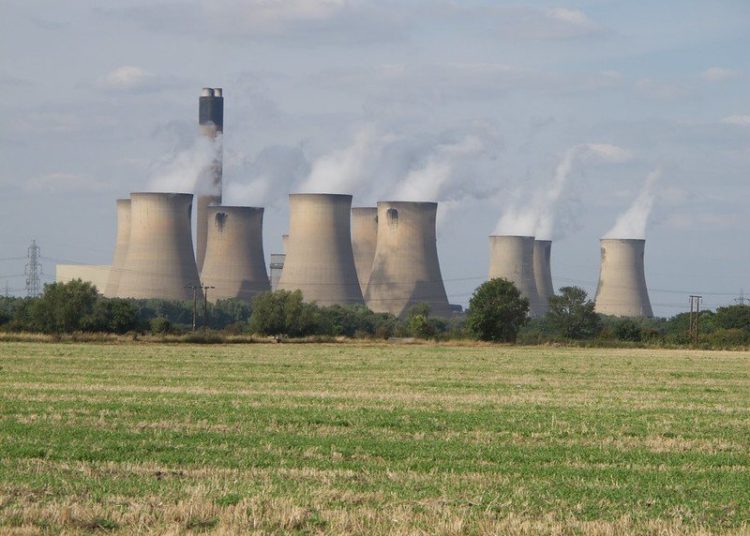 Drax Power Station by shirokazan is licensed under CC BY 2.0

I don’t often quote Kermit but, as he once said, “It’s not easy being green”.

There was a time when those of us who raised concerns about the environment were treated as being something of a silly irrelevance. We were called alarmists for predicting that there would be consequences that would go well beyond a bit of warming if the fossil fuel industry and the plastics manufacturers continued to pump carbon dioxide into the atmosphere. Now it is increasingly clear that there are already huge problems with increased flooding, stronger winds and chaotic changes to weather patterns. And that there are 50 years of things getting worse already baked into the system.

We were also once called alarmists for predicting that cutting down forests would put humanity in closer contact with once rarely encountered species and their diseases. It’s now obvious to everyone that the warnings of a series of pandemics crossing over between species have come true with horrible consequences.

Yet, instead of admitting that environmental campaigners had it right and acting with urgency and intensity to address problems, the tactics of those who have a self-interest in the status quo have changed. Some surprising organisations seem to have stopped directly denying there is a problem and started to queue up to declare that they are really very green indeed. Despite it being patently obvious to most fair-minded observers that they are nothing of the sort.

So, if you go on the websites for Shell or for BP, you’ll find some wonderful sounding stuff about how green their oil company has become. Shell, for example, provides a beautifully scripted webpage about their positive contribution to the environment. A quick search of the Friends of the Earth website produces a rather different perspective.

Here in Yorkshire, the giant Drax power station has likewise put a lot of work into making strong claims about their level of environmental responsibility. Some of these sound quite plausible. After all, power has to be generated somehow. Almost none of the means of doing so are free of cost to the environment.

Coal is so obviously filthy that no one who has studied the consequences of its use with an open mind could possibly consider powering the nation by that means. Unless, of course, they were a Conservative, Labour or Liberal Democrat councillor in Cumbria and thought they saw the chance for a few local jobs.

Nuclear currently involves constructing huge clumsy power plants at immense cost that require the consumer to pay almost twice the strike price for electricity. At best they leave behind a set of buildings that no one knows how to make safe. At worst, they are capable of inflicting environmental damage that would make Chernobyl seem like a little local difficulty.

So Drax argued that, if we’re going to rely increasingly on wind and solar power, then we need to have some gas-driven power plants to ease out the demand and to deal with calm days on cold dark nights. That sounds a pretty plausible argument. Gas isn’t great but perhaps, they claimed, it might prove the least-worst option right now.

One of the main problems with that thinking is that it only considers the option of using large centralised power plants to send out electricity over the national grid. What is actually required is a sustained campaign of cutting use via measures such as better standards of insulation and the use of more efficient equipment. We also need to move to much more local generation of power. Every home, factory and office now has the potential to generate its own power. With heat exchange units, the opportunity to cut use of power locally is also enormous. On top of that there is a need for better storage of power and improved measures to control the timing of use so that devices such as electric cars only charge up at times like 2 o’clock in the morning, when usage is low.

In simple terms, power generation needs to go local and power usage needs to become more intelligent. The days of clumsy large set-piece facilities distributing power outwards to consumers belong to a largely obsolete phase of technology. We need to move quickly to a heavily decentralised approach and to lifestyles that require much lower energy consumption. Not because we are living impoverished lifestyles but because we are using technology that requires less use of energy. For example, it requires a lot less energy to meet up on Zoom that to drive across the country for a meeting.

Drax has now decided to move away from its proposals for small gas-fired stations and recognises that these would indeed be incompatible with Britain’s climate change targets. Instead they are putting their faith in wood burning and carbon capture.

There will be those who think that Drax’s revised approach is a good model for the immediate future. It involves cutting down trees in one part of the world, putting them on a ship, bringing them to Liverpool or Hull, moving them by train and then burning them to generate power. The trees, we are told, come from the most sustainable of sources and the carbon they generate when they burn will, we are informed, be captured by most sophisticated of new techniques.

We are entitled to our doubts. And to continue to believe in the wise words of Kermit, “It’s not easy being green”.