There is one species of honeybee, several of the 27 different varieties of recorded UK bumblebees, and a whole series of fascinating solitary bees like the bilberry mining bees that leave tiny volcanos on moorland paths when the flowers are out. 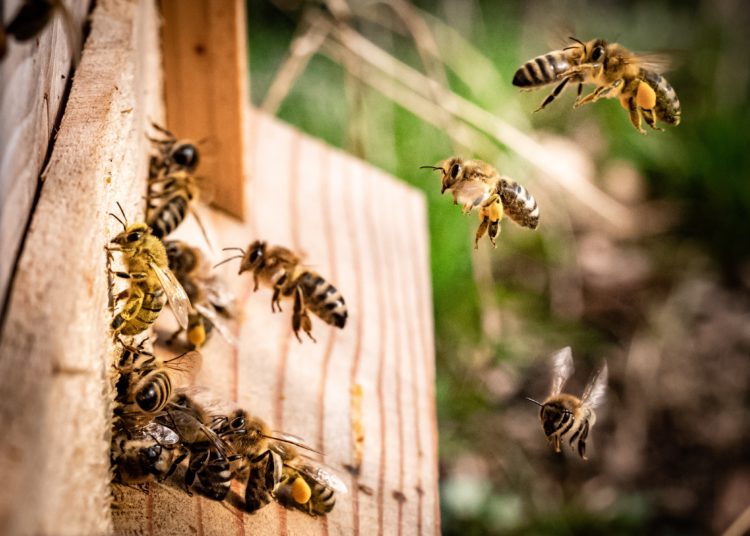 Photo by Kai Wenzel on Unsplash

Almost everyone loves bees and in Yorkshire we have the opportunity to observe an amazing variety of different species. There is one species of honeybee, several of the 27 different varieties of recorded UK bumblebees, and a whole series of fascinating solitary bees like the bilberry mining bees that leave tiny volcanos on moorland paths when the flowers are out.

As a Yorkshire beekeeper, I gain huge amounts of pleasure from trying to spot the different kinds. At the moment I’m particularly enjoying seeing freshly mated bumblebee queens feeding themselves up before searching for a small home where they can survive the winter.

Yet, as we all know, there is a big difference between loving wildlife and looking after it properly. The population of all insects has declined massively since the days when every long summer car journey had to be halted to clean the insect strikes off windscreens; and recent tests with modern and 1960s cars have demonstrated that this has nothing to do with aerodynamics. Local insect populations have crashed, putting pressure on all the wildlife that depended on them, such as birds and bats.

There is a widespread belief that much of the loss of wildlife is down to poor agricultural practices such as the destruction of hedgerows, growing one single crop in mile-long fields and the heavy use of pesticides. There are parts of Yorkshire where that has taken place, of course, but it is far from being the only driver of the problems. Plenty of farmers have put real effort into trying to ensure their farms are user-friendly for wildlife.

Many of the problems stem from choices made by people in their own gardens, or by those who look after land on behalf of the public. Spraying insecticides carries an obvious risk of inflicting harmful effects on insects even when they are not the intended target species. Even pesticides that have been heavily researched and carefully designed to avoid killing bees, such as neonicitinoids, have turned out to have a significant impact on bees’ ability to navigate their way home and thus cause a serious drain on the ability of a nest of bees to survive.

Weedkillers can and do cause every bit as much harm to bees as pesticides. Glyphosate is the active agent in most weedkillers. Recently in the United States, $10.9bn was paid out to settle compensation claims from people who developed cancer after using it. Nothing was paid out for the bees who also suffered health damage. Roundup, which is the commonest trade name for the product that caused this problem, is still widely on sale in Yorkshire.

Even fungicides cause problems for bees, as they depend on a complex set of organisms in their guts to digest their food and fungicides kill them off. According to a report in The Garden Jungle by Dave Gouldon, the average commercial apple crop is sprayed with 40 different chemicals before you eat the apple. I’ve been growing apples in my Yorkshire garden without a single spray for twenty years and never had any problem. Bees, of course, are one of the prime pollinators of apples.

The single most effective thing anyone can do to help bees, therefore, is not to spray their gardens with any chemicals. The other really helpful measure would be to persuade their local council to save money and help wildlife by not cutting verges quite so diligently, and to introduce a policy of never spraying any roadsides or verges.

Yet even the most right-on vegan organic consumer needs to take care over some of their choices if they want to protect bees. Almond milk provides an excellent example of unintended consequences: trillions of bees die every year because of intensive rearing of almonds. It sounds like a nice product that avoids harm to animals, but the vast majority of the world’s almonds come from intensively farmed almond groves in California, where they are pollinated by bees. Not local bees that occur naturally, though (because the huge monoculture estates make it hard for local bees to survive); instead, thousands of hives of bees are put on trucks and driven across the US to work the almond trees when they are in bloom. Then the bees are moved on to pollinate other crops. Weeks of one unvaried diet, followed by a journey and weeks of another, weaken the bees. Mixing with bees from all across the country and then being transported to the next place virtually guarantees that disease and parasites will spread. One consequence is that close to half of all US commercial honeybee hives die out each year. A second is that a parasite called varroa spread all across the US and was then imported into Britain, where it has caused massive problems for every single beekeeper in Yorkshire.

The point I am making here is not that there is no value in consumers making ethical choices, but that we have to be careful about those choices. We also have to be careful about criticising farmers who are being driven by economic pressures that we help to create, or bad political choices that we failed to prevent. We can’t expect farmers to be immune to market forces or ignore price pressures. Environmentalists have to listen to what farmers are saying and vice versa. We need effective alliances if we are going to properly protect Yorkshire’s environment and those who make their living farming it.

The most important of all the choices we make is who we vote for and what government we put into power. At the moment the British government is making some very brave claims about how diligently it is working and announcing virtually daily that it is determined to pass an agriculture bill that will see public funding going on the public good of well-tended land. Which sounds pretty good, but unfortunately, sound bites don’t always square with reality. There are real question marks about how much actual cash is genuinely going into helping farmers to protect the hedgerows that are vital for bees, plant greater varieties of crops, reduce chemical run-offs into waterways, or simply cut down on the use of plastic.

Then there is the elephant in the room.

The biggest threat to the Yorkshire environment for the next decade is new post-Brexit trade deals. Any trade deal with the US will come with increased imports of US agricultural products. As soon as cheaper mass-produced chemical-soaked food is placed on supermarket shelves, the vast majority of farmers will have to cut their prices to match. Many will feel forced to copy the same methods used in much of the US. And at the same time as these new imports arrive, farmers will be subject to tariffs and expensive delays on their export sales to the EU. This is a dangerous combination of irresponsible policies, from a government that has a strong record of being good at spin and dreadful at straightforward management.

I suggest you enjoy the sight of our wonderful Yorkshire bees whilst you can. The environment has something in common with the virus that is driving the current pandemic. It doesn’t listen to government sound bites. It is either strengthened or weakened by the reality of government actions. In the immortal words of The Who: “Don’t get fooled again” or perhaps in this case “Don’t bee fooled again” would be more appropriate.