Martin Brooks looks at the story of a Doncaster woman incarcerated in Wakefield asylum for the crime of challenging male authority. 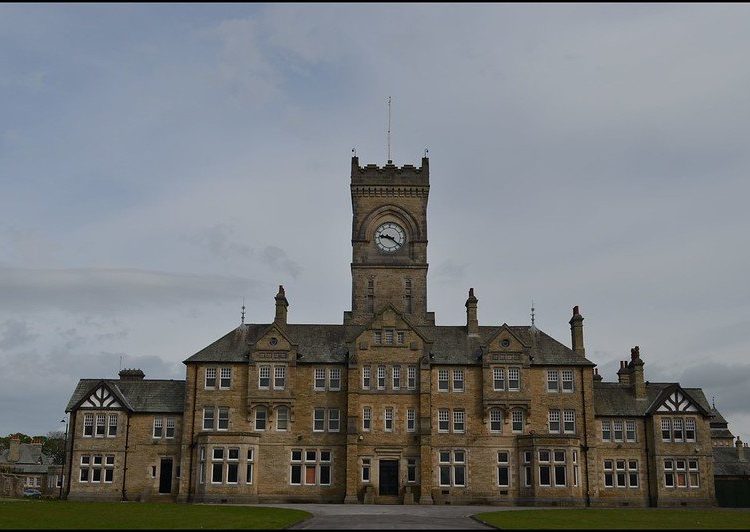 Mary Heaton’s story (covered by the Guardian 8 Nov 2020) is as tragic as it is grim but many women today will relate to it. Heaton committed the unpardonable sin of challenging male authority. Her story resonates through the decades since she died in 1878, after spending 41 years in an asylum in Wakefield. The reason for Heaton’s incarceration? In essence, she was diagnosed with behaviour judged so disturbing as to justify her being committed to an asylum.

The behaviour that prompted such a draconian response was to confront a male vicar during a Sunday service for his failure to pay for a succession of twice-weekly piano lessons Heaton had given to his daughter between 1834 and 1835. She accused him in front of his congregation of being “a whited sepulchre, a thief, a villain, a liar and a hypocrite”. For this, she was taken to court where she was judged to be, “a lunatic, insane and dangerous idiot”. She was placed in the Paupers Asylum in Wakefield where she spent the remaining 41 years of her life.

It’s clear that those who felt most threatened by her behaviour were men in positions of power and authority. She could hardly be seen as a threat to herself or anyone else in the community for what she did. But woe betide a woman who deviated from the male norms of ‘acceptable’ female behaviour. In Heaton’s case, a dramatic and brave confrontation in church with a male authority figure as her target was all it took for her to be judged insane. Had a man done the same it is very likely he would have been regarded as courageous, spirited, assertive or at the very least ‘a character’.

In the asylum, Heaton was subjected to years of “treatments”, including electric shocks to her pelvis, purging concoctions and the ingestion of mercury. Her medical records describe her at various times as “wild, flighty, excitable, ungovernable, extravagant, violent and abusive”. No surprise that in 1837, the year of her incarceration, these damning diagnoses would have been made by men. And a man was certainly the target of her initial grievance, which made her even more vulnerable to harsh male judgment.

It is not hard for women to see that all Heaton’s reactions were entirely justifiable give the treatment meted out to her for trying to recover a debt. Why did men, then and still now, struggle with that kind of connection? It never seems to have occurred to the men who selected the adjectives to describe her behaviour, that there was anything causal in it to do with the men themselves. The attitudes and judgments displayed by the men belie their view of women as being inherently emotional and irrational. Transferring the blame to Mary Heaton is a classic male justification for finding women difficult.

Then, as now, there are behaviours that must not be displayed by women if they are to gain the serious attention of men in positions of power, or access to due process that men would unquestionably receive if they were they the complainant. It is still central in women’s experience today to be the object of adjectives casually applied by men that are rarely, if ever, attached to a man. Bossy, psycho, crazy, hysterical, mad, whining, stroppy and difficult, to name but a few. Women in male-dominated business environments learn that a fatal mistake in the company of men is to allow the faintest emotional quiver to cross their faces. Openly crying is a career-damaging act.

It is also still true that male judgment focuses more on the perceived emotional state of a woman appealing for fair treatment, than the attention they give to the merits of her case. If women don’t observe male-defined standards of good conduct, their experiences are still filled with cases of being diminished or disregarded by men using casually applied labels. Women still suffer serious damage when dealing with male authority figures. For example, there are well-documented reports of male doctors who tell women that they are exaggerating or imagining their symptoms. Or worse, that the pain they experience is a mental affliction not grounded in any real physical sensation at all. The result is they live for years with debilitating conditions that the male doctors judge to be imagined.

Heaton’s response to her long-term incarceration and the oppressive treatments she suffered was also familiar to women who feel irreversibly oppressed by male judgment. She felt crushed and was subdued by her mistreatment, but she continued to register her legitimate grievance against the vicar and her incarceration, by communicating plaintiff messages through embroidery on samplers, of which a few remain. One reads, “I wish the vicar would submit to arbitration my claim against him for music lessons given to his daughter, regularly, twice a week, during the years 1834 and 1835”.

A plaque is now placed in Wakefield on the site of the old asylum, to remember Mary Heaton’s life. It prompts reflection on how far we have actually come in validating women’s emotional responses to male treatment. To this day, women continue to be portrayed negatively for any behaviour that men judge to be an irrational, emotional response.

Although men refer to ‘getting in touch with their feminine side’, what passes for some kind of enlightened male state is actually a form of denial that men have emotion responses. The consequence of men suppressing or denying their emotional responses is damaging to both men and women. Women pay the price, because when they express emotion, it angers men because they feel they can’t express their own. The male emotional incarceration does no one any good. Cruelty towards women follows, when men suppress emotion for which they can find no civilised outlet.

After 140 years, it would be hoped that that Mary Heaton’s story could not be replicated and that men have moved beyond the prejudices, attitudes and the labels that led to her story. The telling of it reminds us that loud echoes of Mary Heaton’s treatment by men in 1837 live on in women’s lives today. Men owe it to women to recognise and take charge of their own emotional responses rather than demean or punish women for having theirs.