Discovering a Yorkshire cook and her “Portugal cakes” recipe

Do you get those ‘Rediscover your day’ photo alerts on your phone? 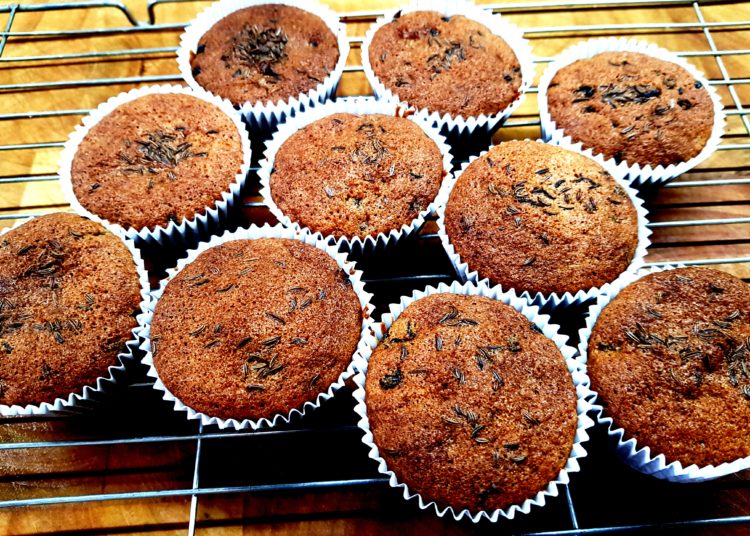 The other week I had one for an event I’d attended just over a year ago in Pontefract, in those ‘carefree’ days of March 2019, where a cookery book was awarded a blue plaque. It was unveiled by local MP, Yvette Cooper. ‘English Housewifry’ by Elizabeth Moxon, dates back to 1741 and was printed in Leeds. It received a worthy blue plaque as part of the ‘Forgotten Women of Wakefield’ project, which is led by Dreamtime Creative and supported by Pontefract Civic Society and other local cultural and artistic organisations.

Elizabeth Moxon, described as a trailblazer in English culinary writing, is thought to have paved the way for contemporary cookery authors such as Yorkshire’s Hannah Glasse in 1747 and Doncaster-born cookery writer Elizabeth Raffald in 1769. Featuring several hundred recipes, the book ran to several editions over the next hundred years. As well as recipes for savoury dishes and desserts, the book contains dinner party plans, seasonal menus, table layouts and guides on how to save food.

Intrigued by this Georgian cookery writer, I made some of her baking recipes for the event, including ‘Portugal cakes’. Since the days of Catherine of Braganza, who married Charles II in 1640 and popularised tea in the Royal Court (she brought a chest of tea as a dowry for her marriage), ‘foreign food’ had been all the rage with the aristocracy. These small sponge cakes are quite like French ‘Madeleines’ and English ‘Queen cakes’. We call these small cakes ‘buns’ in Yorkshire. I used half the ingredients Elizabeth mentioned to make around three dozen small cakes with suggested temperatures for a modern oven.

Preheat the oven to 190C and line trays with bun cases. Melt the butter gently over a low heat. Remove from the heat and pour into a mixing bowl. Add the eggs. Beat until frothy. Add the flour, sugar and currants and mix to form a batter. Spoon the batter into the bun cakes, filling them to two thirds. If you wish, sprinkle a few carraway seeds on top of each bun. Bake for around 14 to 16 minutes, until firm and golden brown. Let them cool in the tins for 5 minutes, then transfer them to a wire rack to cool.

Looking through the recipes again, I was really impressed by Elizabeth Moxon’s creativity and culinary skills as she mixes and blends ingredients. It was a great privilege to take part in the event and help recreate her delightful recipes. When lockdown ends, go and seek out the blue plaque on Finkle Street in Pontefract where it is believed she lived and spend a moment admiring this long-lost Yorkshire domestic goddess. But in the meantime, try out her amazing Portugal cakes recipe and maybe dream of one day visiting that beautiful country too.

For more recipe ideas from Meryl White, visit her blog.