Government plan for unitary authorities is causing division in North Yorkshire, where no agreement has yet been reached on how this will look. 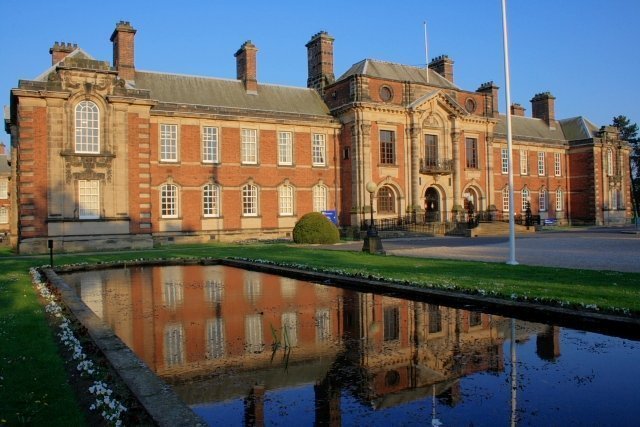 Currently, North Yorkshire county area is governed by a two-tier system: NYCC for major functions, along with seven shire district councils (Scarborough, Ryedale, Hambleton, Selby, Harrogate, Richmondshire and Craven). In addition, there is one unitary council in the City of York. As a precondition of having an elected executive mayor for North Yorkshire/York, the government insisted that the two-tier system had to be abolished.

If the NYCC and City if York proposal is accepted by the government, the seven shire district councils and the existing county council would be abolished to form the new unitary authority. In contrast, the shire district councils proposed a different structure, of two unitary councils of more equal size and resources (with Hambleton voting for the status quo). The various councils now have until 9 December to submit worked up proposals.

In preparing their proposal, the shire councils had commissioned KPMG to conduct a study and work with the councils to identify a preferred solution. The report is available via this link. There are strong arguments in favour of this approach, as the North Yorkshire county area covers a vast area of competing needs. Should the county be divided along rural/urban lines for example, with the City of York joining Harrogate and Selby (and perhaps Craven) as they all relate to the Leeds City Region?

Whatever is decided, the reorganisation is intended to streamline local government in the area and lead to the election of an executive mayor. The claim is of substantial financial savings and clearer democratic accountability (this is hotly disputed given the substantial reduction in elected representative councillors) – NYCC is suggesting that parish councils in the area should be offered a role as service providers if they wish to take on more local responsibility.

Savings will come from the dissolution of the seven district councils and avoidance of duplication, which the two-tier system currently entails. Unitary authorities are responsible for all the functions of local government in their areas, so we would move away from the current situation where one authority is responsible for collecting your rubbish and another for its disposal.

The arguments against this reform – that this will increase the remoteness of council management (already a serious problem for NYCC), and  result in the loss of local elected representatives – have been dismissed, citing the improved use of digital communication to report complaints and that the days of residents visiting the council office to pay their rent or rates have long gone. These comments have done little to reassure those who oppose yet more eroding of democracy – Hambleton Council voted not to adopt any proposals, instead supporting the status quo.

Executive mayors have a long line of heavyweight political supporters in the UK, including Michael Heseltine in the early 1990s. Tony Blair and David Cameron were also attracted to the idea of a single figure to lead major cities and regions. Evidence in support of executive mayors comes from the introduction of the role in Bristol in 2012. There has been a dramatic rise in the number of citizens who agree with the statement, “the city of Bristol has visible leadership”. This rose from 24 percent in 2012 to 68 percent in 2014, two years after the post of mayor was introduced.

Interestingly, but unsurprisingly, is has emerged that, on the whole councillors were much less positive about the introduction of the post of mayor than other respondents from the public, private and third sectors in the city. Mayors are thought to facilitate positive relationships beyond the council chamber, which are very much media driven – so Bristol’s experience looks as if it supports that conclusion.

The Centre for London’s assessment of the impact of the mayor on the governance of London makes interesting and important reading. The post of mayor of London has existed for 18 years and was brought in after the abolition of the London County Council and its successor, the Greater London Council. There have been three mayors to date: Ken Livingstone, Boris Johnson and Sadiq Khan. The mayor can lead innovation, and make the case for more power to be devolved from central government to local leaders. The experience of the capital is that the mayor is the voice of the city on the national and international stage – and the recent standoff in Greater Manchester has brought the mayoral role into the media gaze there too.

Given the challenges looming for the North Yorkshire area, post-covid the opportunities for a new mayor to make a lasting contribution to the Green New Deal and Build Back Better agendas are immense. NYCC councillors have voted to embrace this governance change along with all the local councils, with the exception of Hambleton. But bodies such as One Yorkshire see it as only a minimal step towards a meaningful devolution.

The government response to the local government proposals is now awaited. Watch this space.