Richard Corbett is someone whose contribution to creating a better, more tolerant society for us locally as well as in wider Europe has been recognised with a CBE in the New Year’s honours list. Yorkshire is proud to have enjoyed his dedication to the region, and we wholeheartedly congratulate him on this, the latest in a long line of richly deserved accolades. 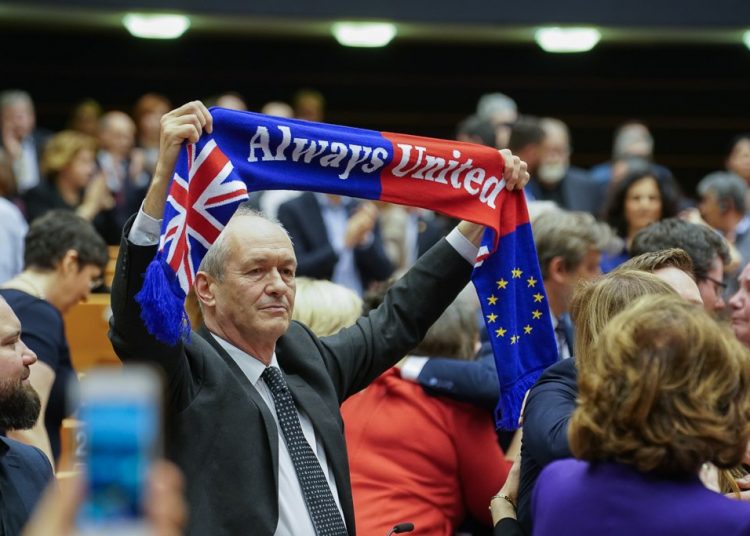 European Parliament from EU, CC BY 2.0

When Richard Corbett first came as an EU official to Yorkshire to speak to students, local councillors, business people and the wider community about Europe over 30 years ago, he inspired the region to become a gateway to Europe. He was there when Hull and the Humber launched the first ever European week in the country, before the magic date of 1 January 1993 when internal borders inside the EU were abolished.

Even before the EU single market had been created, he played a key part in building awareness about how to access European social and regional development funds to build up the infrastructure of Hull and the wider region. Now, around the city, all around Yorkshire and indeed nationally, we have signs outside waste processing plants, cultural and urban renovation areas and public buildings acknowledging the financial contribution from the EU that made these possible.

What we do not see are signs recognising the work that went on behind the scenes to get that money to needy regions in the first place. Members of the European Parliament (MEPs) have played a vital role in helping their regions. And Richard has been a tireless advocate for Yorkshire, while never hiding his affection for Liverpool Football Club.

Always interested in innovative ideas and promoting mutual cultural understanding, as a graduate of Hull University, Dr Richard Corbett helped students from our universities during their Erasmus studies in Brussels. Some were lucky enough to be interns in the European parliament. Others from the University of Leeds created a student docudrama Do it like a European early this century, on what it meant to be able to work, live, love and travel across Europe freely. That film went on to win a Winton film festival prize for the way in which it made ‘Europe’ understandable. Without Richard’s generosity with his time and expertise, that would not have been possible.

Richard was our MEP for over 20 years. He made time for everyone and gained a thorough understanding of the needs of the communities he’s served with immense commitment and humility. Never afraid to speak his mind here and in the European parliament and other organisations, he has stood up for our common values while also never letting go of his deep love for a European ideal inspired by the experience of what can be achieved when we work, argue and solve problems together.

He grasped the opportunities the internet afforded and in 2003 became the first MEP to write a personal blog, and in 2015 was the first British politician to develop and release a phone app giving easy access to easily understood, factual information, about all things EU but especially all things European affecting our region.

Students across the country will have read his books and engaged in debates with him when he was a student (at Oxford and Hull universities), as a professor at the college of Europe, Bruges and through various high offices he has held in student bodies, the European Movement and the Young European federalists. Politicians from across the world have debated international affairs with him. In 1992, he was made Ambassador of Goodwill of the US State of Arkansas by its governor and later US President, Bill Clinton. And perhaps even more importantly, since 2017 he has been honorary president of the Grimethorpe Colliery Band.

He has campaigned tirelessly against wrongdoing and stood up for what is right. As MEP, and Labour’s last leader of the Labour party in the European parliament, he had to steer his colleagues through one of the most tumultuous periods in the modern history of Britain’s relationship with Europe. As an EU official and MEP over the years, he overhauled parliamentary procedures, and drafted and shaped essential parts of the EU’s treaties which led to the European parliament being given genuine legislative power. He made the political accountability of the governments of Europe to our elected MEPs a reality. As a member of the Labour party’s National Executive Committee, he attended shadow cabinet meetings at one of the most challenging of times. Fervently pro-European, he joined the many marches in favour of staying in the EU and continues to speak at conferences and gathering across the country

He knows British politics inside out. He’s faced unprecedented abuse for his unwavering views on Europe and is someone whose contribution to creating a better, more tolerant society for us locally as well as in wider Europe has been recognised with a CBE (Commander of the Order of the British Empire) in the New Year’s honours list. Yorkshire is proud to have enjoyed his dedication to the region, and we wholeheartedly congratulate him on this, the latest in a long line of richly deserved accolades. Dr Richard Corbett CBE, a European with a mission.