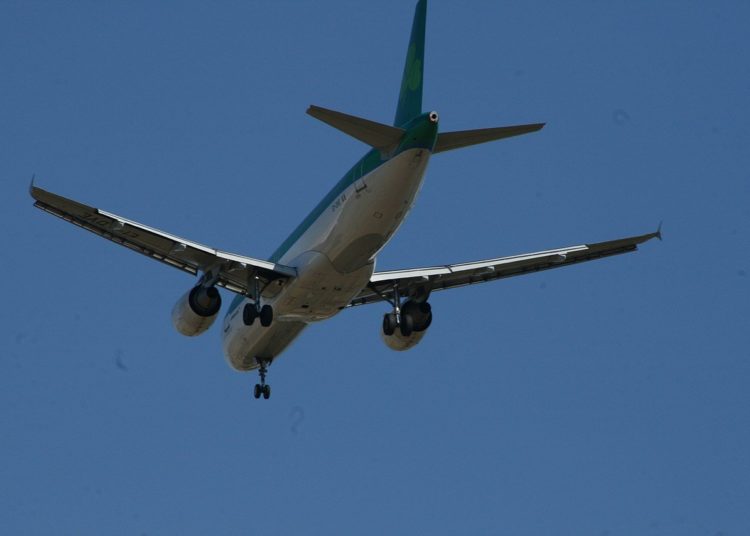 Accompanied by an open letter to the councillors, the petition reiterates what academics from the University of Leeds already stated in March 2019: that an increase in flights would make it impossible to reduce carbon emissions in Leeds, leading to an increased threat of floods and unbearable heat, and a decline of food security. The letter says, “Our house is on fire, and the expansion will add more fuel to it”.

The group also stresses that the additional noise pollution would affect the 36 schools and some of Leeds’ most disadvantaged communities under its flight-path. This is likely to further disrupt the schoolchildren’s education, on top of the considerable disruption they have already experienced throughout the Covid-19 lockdown, demonstrating a lack of recognition of the social injustices in Leeds.

Robbie, a member of Youth Strike 4 Climate Leeds, claims that LBA is placing fast profit over the possibility of a greener and sustainable community. “After covid, when the economy restarts, it is an opportunity to change the way that they do things in a more sustainable and fair way. But Leeds Bradford Airport are choosing the other route,” he explained.

The timing of the petition coincided with the airport’s announcement on 23 July 2020, of Aer Lingus’ new route to Belfast City Airport from 1 October 2020, operating three daily return flights. A spokesperson for LBA said, “While we can appreciate that people will be concerned about noise and emissions, we have made very clear provisions in our proposals around how we will mitigate risk. We also continue to work with the wider aviation industry on our own sustainable targets, which are regulated at an international level and are not part of Leeds City Council’s climate emergency commitments.”

The airport also claims that the proposed expansion would not disadvantage poorer communities, but instead would create an economic boost to Leeds, such as creating hundreds of construction jobs across Yorkshire as a whole. However, Robbie argues that this is not a justification:

“Of course we want people to be in work and have fairer economic opportunities, but doubling the number of flights means doubling the emissions. We want people to work in the future of green industries, which is the opposite of what LBA wants. They have recently laid off 100 people, arguably the economic benefits are overblown, and this is not the sort of economic activity that we need.”

The Leeds Climate Commission was established in 2017 to make decisions based on improving the environment in Leeds – relating to carbon, energy, climate, and the weather – and to monitor the progress made. In December 2019, the commission produced a paper entitled, ‘Expansion of Leeds Bradford Airport and incorporating aviation into Leeds Carbon Roadmap’, to show their position on this dilemma.

Their paper detailed the bigger picture of aviation expansions, which are an increasing threat to climate change across the world. It highlights the need to limit global warming to 1.5 rather than 2 degrees centigrade to avoid dangerous climate change. This had led countries, including the UK, to upgrade their carbon reduction commitments from 80 per cent to net-zero emissions by 2050. These increased commitments present a challenge to the aviation sector.

Despite this LBA, the 15th largest airport in the UK, still plans to expand its passenger number to seven million per year by 2030, insisting that its expansion does not impact upon the council’s ability to meet its climate emergency commitments. Technically this is correct as CO2 emissions from international flights are regulated by the International Civil Aviation Organisation, which has made its own commitment to become net-zero by 2050. Therefore, LBA’s emissions do not form part of the council’s 2030 carbon neutral commitments.

“Leeds City Council has explicitly and publicly stated that the planned national growth for aviation is incompatible with the UK’s targets to become carbon neutral until such time as new technologies are developed. We share the view expressed by the Leeds Climate Commission that a revised national aviation strategy is crucial for reducing the growing demand for aviation. Seven in ten flights taken by Leeds residents take place from other airports.”

The airport also claims that the last five years have proved that it is possible to reduce carbon emissions while expanding the airport, as it has reduced its emissions by 45 per cent while passenger numbers increased by 24 per cent.

The Climate Commission’s December 2019 paper suggests ways the government should intervene on reducing carbon emissions. For example, if it placed restrictions on flights to destinations that could be reached by train, such as Eurostar destinations, LBA could reduce its emissions from flights in 2030 by 6 per cent. Similarly, a national frequent-flyer tax per flight could be applied to reduce emissions by 3 per cent. The tax revenues could be used for low carbon investments within the Leeds City Region, such as regional tree-planting initiatives.

Over 90 per cent of LBA’s flights are for leisure. The commission suggests that if 30 per cent of those passengers commit to taking one flight every other year rather than every year, it would reduce 2030 emissions by 12 per cent. Perhaps persuading people to fly only every other year, as opposed to every year, is too idealistic to be successfully implemented. But Robbie emphasises that something crucial needs to be done, and fast:

“There’s a mixed response from the council. They’ve not made their decision yet, but we just cannot expand aviation this way. So they need to be more serious in their approach.”