City of York Council has partnered with BetterPoints to produce an app that rewards residents of York when they use sustainable travel options such as public transport and walking. 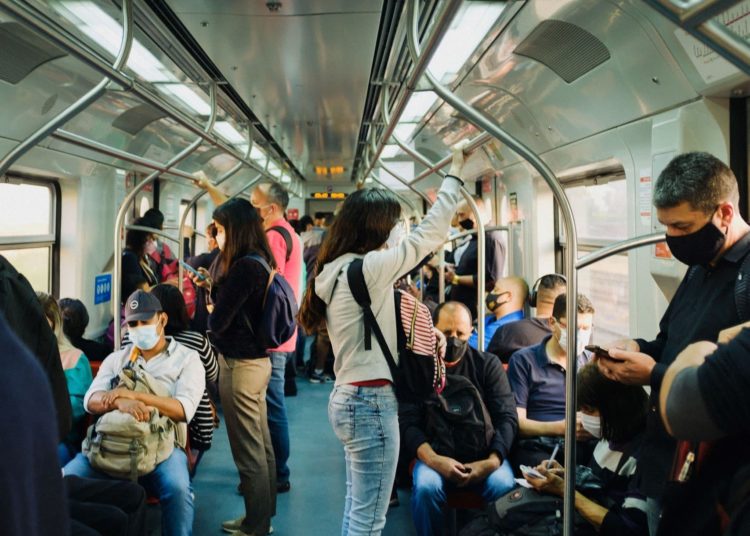 Commuters on a bus, image by Dennis Siqueira on Unsplash

Social awareness on issues of sustainability and the environment has risen in recent decades, with people becoming ever more conscious of the impact of fossil fuels and travel pollution. In an effort to combat the harmful effects of travel, City of York Council has partnered with the organisation BetterPoints to give residents and commuters the opportunity to earn points and rewards every time they choose to get around the city sustainably.

Funded by the City of York Council, BetterPoints York is a downloadable app that allows residents and commuters to travel around York in a way that is good for the environment. It incentivises this by allowing people to earn rewards for every time they walk, wheel, run, or use public transport.

The app is all about encouraging people to get around sustainably and help create a cleaner, greener city by travelling in ways that benefit the environment, health, and traffic flow, as well as helping the local economy too!

The website provides clear instruction on how to get started:

While the app requires personal information as well as activating tracking data, BetterPoints York has said that all data is anonymised, aggregated, and only used for reporting, so that City of York Council can improve travel planning for everyone. It therefore assures that it will never sell or share participants’ data.

How it works and rewards

The app works by accumulating points based on the activity of the user. Signing up and completing a short survey automatically results in 250 free points. Subsequent points can be earned in the following ways:

The accumulated points can then be traded in for York gift cards, available for use in over 300 stores including bookshops, restaurants, and museums. The gift cards can also be spent online or donated to charity.

Accumulating and trading points is not the only way to earn a York gift card: every journey you make will also result in gaining a BetterTicket, which is a prize draw entry for a monthly prize of a £10 York gift card.

Also, every month participants will be invited to share their travel story. The best will be rewarded with a £25 York gift card and shared in the app and on social media.

Council support for the BetterPoints app

The app is being strongly promoted on the City of York Council website. The deputy leader and executive member for transport is quoted there emphasising the health benefits of the initiative for York residents and commuters and believes that encouragement through incentives is the best way of achieving this.

“Sometimes we all need a little encouragement when it comes to building healthy habits – the BetterPoints app offers residents and commuters just that!’’

The executive member for climate change and environment, Cllr Paula Widdowson believes that the use of the app will not only greatly benefit the people of York, but also believes the initiative is a great way to reduce carbon emissions in line with their carbon net zero target for 2030.

“We know that changing daily habits can be difficult, but with the BetterPoints app we want residents to feel encouraged, motivated and recognised for every sustainable journey they make – long or short. Small changes can make a big difference to our overall carbon emissions and help create a cleaner, greener city.”

Business support for the BetterPoints app

It’s not only members of the City of York Council who have expressed support for the programme. There is strong support from local businesses, where the York gift cards can be used.

Operations manager for the York Business Improvement District (BID) Carl Alsop has expressed his support for the app and believes it will provide a much-needed boost to support the city’s economic recovery.

“Our York gift card is accepted by over 300 businesses, including shops, cafes, bars and restaurants, so participants can spend their rewards on whatever they want and support the local economy at the same time. It’s a win for sustainability and York’ great independents – helping make the city happier, healthier and more environmentally friendly.”

As reported on the City of York Council website, the council has partnered with BetterPoints for an initial seven-month period, until March 2022. The app will be promoted alongside all upcoming travel campaigns and initiatives such as the York Walking Festival from 18 to 26 September and Walk to School Week.

This is an interesting initiative and if deemed successful and renewed, then other councils may potentially create a similar partnership and scheme. It’s a great way to not only encourage local residents, but all of us to get around in a more healthy and sustainable way.