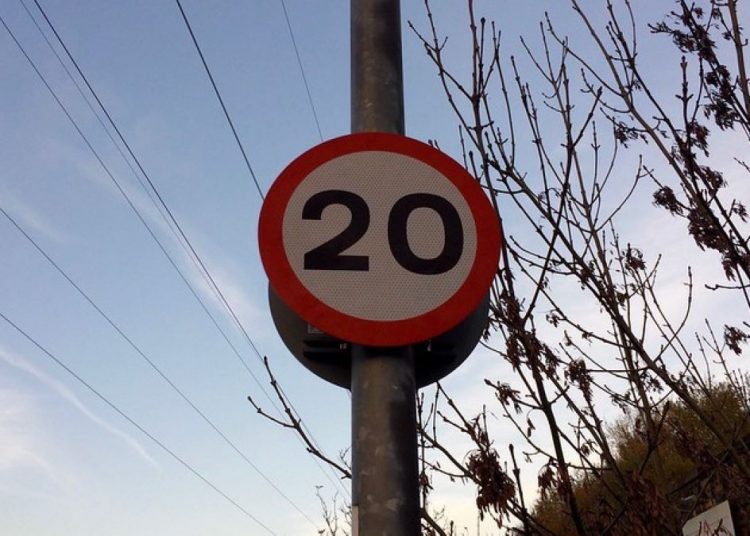 With 28 million people in the UK now living in authorities that now have default 20mph policies, the pressure is mounting for more county councils and parishes to adopt these lower limits.

Dependency on Russian oil is still a thorny issue for the UK government and there have been recent attempts across the EU to phase out imported Russian oil. In the FT recently, there was an open letter praising Spain, France and Belgium for reducing the urban speed limit to 30kph (approximately 19 miles per hour). The signatories suggested that lowering limits would “represent a triple win for reducing dependence on Russian oil, emissions and road injury”.

Here in the UK, the campaign group ‘20’s Plenty For Us’ has been successfully pressuring councils for the last 15 years. It describes its aim as to “make a speed limit of 20mph normal on streets where people and motor vehicles mix”. Campaigners stress that their aim is to empower local communities to be focused on improving the local environment through multiple methods:

“We help communities to make their streets, towns and villages better places to be.”

These community-led initiatives become value-based interventions, focusing on creating positive health aspects in local areas. Issues such as air pollution – with the lower levels of particulate matter owing to lower steadier speeds, rather than the short bursts of acceleration – can be addressed. Promoting active travel to tackle obesity and reducing the casualty rate of road traffic incidents are clear positive outcomes.

These were the main health issues that the British Medical Journal identified as sustainable solutions in its research report into public health problems in Wales. The Welsh government has plans to make 20mph the default limit in built-up areas by 2023 and continues to roll out more trials to encourage the behavioural change that will be needed. From 2022, new car models will be fitted with audible ‘intelligent speed assistance’ devices, which can restrict fuel flow and slow the car to the appropriate limit. However, these can be switched off by the driver, like other assistance devices. There exists a positive story in North Yorkshire, where 113 parishes and councils have already voted to support a wide area/default speed of 20mph, with more likely on the way.

Ian Conlan, the mayor of Malton, told me:

Southampton City Council is the latest council to confirm a consultation on lowering the limit, with 14 areas in the city being identified as likely zones. The momentum appears to be really shifting, as more and more authorities realise the multiple benefits of lowering the speed limit in urban areas.

20’s Plenty: what are the benefits of lower speed limits?

Rod King MBE, founder and campaign director of ‘20’s Plenty For Us’, recently posted on social media that, “The percentage of casualties being a fatality on roads with a 30mph limit was higher than on a 20mph limit. Motorcyclists 393% higher, Cyclists 92% higher, Pedestrians 64% higher Car occupants 22% higher”.

Reducing the ‘killed or seriously injured’ rate is one of the primary benefits of lowering the speed limit. According to figures from North Yorkshire County Council, of the 455 people who were killed or seriously injured on North Yorkshire roads, as an average from 2015 to 2019, 2 percent were in a 20mph zone, while 28 percent of collisions were in a 30mph zone. The largest percentage, that of 57 percent came from collisions in a 60mph zone, so there also exists an argument to lower this level as well, as other European cities and countries have done.

‘20’s Plenty For Us’ is clear, however, that 20mph limits are not a silver bullet for climate change reduction. However, they are the single, most cost-effective intervention, providing a foundation for transport carbon reduction, active travel, movement equality, liveability in communities and public health.

In terms of public support for these reductions in limits, the campaign group point to the British social attitudes surveys and national travel attitudes surveys that are completed annually, which indicate consistent support and approval for lower speed limits across the demographics.

With many new councillors recently voted into office, ‘20’s Plenty For Us’ believes that this is an opportune moment to put the pressure on councillors to evidence their pre-election climate claims and to hold councils to account. The campaign group warns that climate change ambitions and goals for county councils may not be met, if 20mph as an urban norm is considered too difficult.

Campaigners make the point that there has been an historic imbalance between pedestrians and vehicles and that streets are for all road users. They cite a survey result from ‘Living Streets’ which highlights the inequality of usage and identifies that 36 percent of primary age parents are afraid to let children walk or cycle due to fast traffic.

Viewing road traffic from the perspective of an eight-year-old, as we walk our children to school as parents and grandparents, may provide the emotional alarm necessary to stimulate the behavioural change to lower speed limits and to realise that 20mph is plenty after all.