Residents and campaigners in South East Sheffield scored a notable success on Tuesday 2 June when the planning committee rejected a scheme to build over a greenfield site in Owlthorpe. 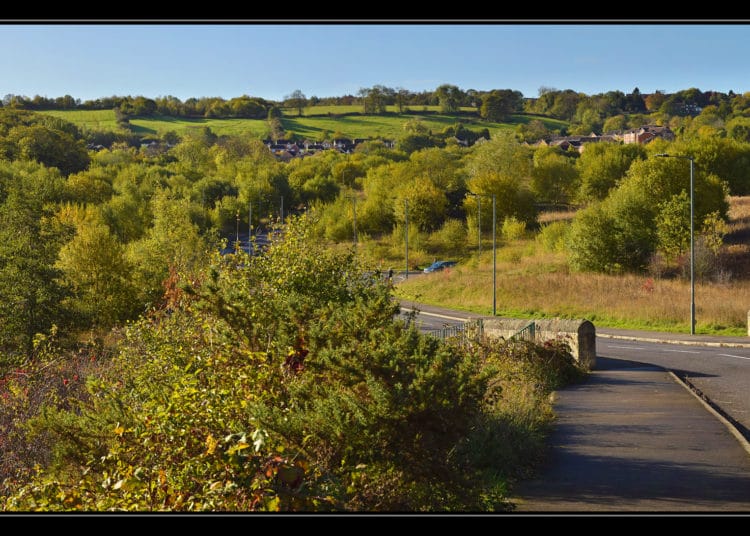 Residents and campaigners in South East Sheffield scored a notable success on Tuesday 2 June when the planning committee rejected a scheme to build over a greenfield site in Owlthorpe.

The decision came after a concerted effort by local residents, supported by experts such as Sheffield and Rotherham Wildlife Trust and the Campaign to Protect Rural England South Yorkshire. Elected politicians of all parties opposed the designs by property developer Avant Homes, to build 74 executive homes and over 200 car parking spaces. Even the local MP spoke at the meeting. Planning officers, however, had recommended that councillors grant the application.

The site, known locally as Owlthorpe Fields, was Derbyshire farmland until the sixties. It was earmarked for housing in Sheffield’s great urban sprawl towards the South East ‘townships’ of Mosborough, Frecheville and Hackenthorpe. Although much of those rural villages were later filled with low-rise housing, served by increasing car ownership, this site remained undeveloped. It was partly developed in the eighties and the Sheffield Supertram appeared nearby in the following decade.

Left to itself, the land went back to nature. But the ready-built road system remained and redundant roundabouts with stub roads waited for the increase in car-owning middle-class families of the future. Now, local residents use it for recreation and relaxation, unwinding for mental and physical health. It has become a haven for badgers, dunnocks and weasels, amongst the ancient hedgerows and trees.

Since the sixties, everything – from climate change, to the concept of working from home – has changed. One thing that has not changed however, is Sheffield’s planning policy. It still lists the “Owlthorpe Township” – that quaint name – as a suitable greenfield site for developers to build on.

On 2 June, after three hours of presentations and questions, the committee rejected the proposed building scheme. The plans failed to meet council policies on ecology, housing density and affordable homes.

This decision came despite council officers persistently applying pressure to councillors throughout the meeting. The developer’s non-compliance with various policies was repeatedly excused. What became evident was that the officers really wanted to see this application approved. At one point, there was even an angry outburst by the head of planning, who lost patience with a councillor’s questions about the loss of ecology.

The incident raises important questions about the role of officers in the decision-making process. Officers are employed by the elected members to advise councillors on the scope of their discretion, not to lobby on behalf of developers. It’s possible officers have become so used to negotiating with developers behind the scenes that they forget this important distinction. The reasons for officers strongly supporting and pushing for the development were not made clear to members of the committee.

Arguably, this is the product of the ‘strong leader’ model of local government used by Sheffield Council. Under this system, decision-making is mostly handed over to a single leader of the council instead of committees. The leader then delegates to a cabinet of chosen councillors and selected officers. Much of the decision-making is done behind the scenes, whether by officers or cabinet. The planning committee is an exception.

One thing not mentioned at the committee was the fact that the council itself had sold the land for development in 2018. It was actively marketed as an exciting residential development opportunity within easy reach of the Peak District and M1. This was sold to Avant Homes, conditional on planning permission being granted.

Incidentally, Avant Homes (formerly Ben Bailey Homes) has form for running rings around planners. It previously bought a site in Sheffield’s green belt and obtained planning permission for 88 new homes. On 11 January 2016, it signed a legal agreement to pay £1.8m contribution towards affordable housing. But ten days later, it applied to renege on this obligation, saying it was “unviable” to pay anything at all and that the scheme would not be built unless the council cancelled the requirement. The company later backed down.

No record of the council’s decision to sell off Owlthorpe Fields was ever published. Residents were not informed and there was no scope for elected representatives to challenge or question the council through democratic scrutiny procedures. All decisions were made out of the public eye, with property-minded officers talking to property developers behind closed doors.

In contrast, the planning process enshrines public engagement in law, even if it is far from perfect and increasingly favours developers. Planning proposals and supporting documents are published for residents to comment on; then the matter goes to a committee meeting that takes place in public. Despite attempts to restrict them, ten people addressed the planning committee directly about the impact of the Owlthorpe Fields development on the community.

This confusion of decision-making models meant that the detail of the planning application was scrutinised in depth, but the underlying decision – to sell the fields to a private developer – had already been taken by officers behind the scenes without public involvement or knowledge. It placed the elected councillors on the planning committee in a difficult position.

However, it also backfired. Since the councillors (even including those for the local ward) had had no engagement with the sale at all, it was clear they did not feel part of the process. By contrast, the actions and arguments of the officers at the committee meeting showed they felt they were much more invested with a personal campaign to see this deal through.

The irony is that the strong leader model is meant to embody efficient decision-making but actually caused the whole project to fall flat on its face.

The developer is now unlikely to appeal, as there were good, objective grounds for the committee turning the application down. Principally, it did not comply with planning policies. The developer could of course start again and submit much higher quality designs, but a more promising option is for the sale to be called off now that planning permission has been refused.

The question then will be what the council does with these natural fields once they are back in their ownership. That calls for a fresh and thorough public consultation over their future and provides an exciting opportunity to preserve and enhance their value to the residents of Owlthorpe. The lessons about involvement and empowerment – of both community and councillors – could have ripples much further afield.

Councillor Douglas Johnson is a member of the Sheffield Green Party.