Jane Thomas looks at the impacts of the pandemic and Brexit on Sheffield business, speaking to business leaders in the city. 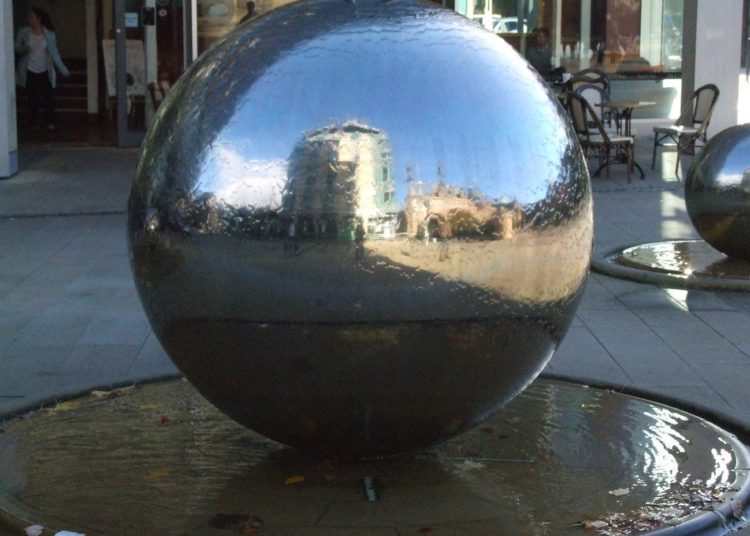 The promise of £4bn to level up the country announced in last week’s spending review should be welcome news, but the truth is that a double whammy of fighting a pandemic and Brexit means that this may be too little and too late.

On Sunday, Sky’s Sophie Ridge was in Sheffield to see for herself what the levelling up prospects are for Sheffield. She was not convinced, saying:

“This government has repeated its commitment to level up but serious questions remain about the level of investment and also the amount of control Westminster will continue to exert”.

For Sheffield, the prospect of fighting the pandemic and exiting the European Union (EU), a significant trading block for the city, is akin to fighting a desperate war on two fronts with depleted troops and little fire power.

Sheffield’s economy is a bit of a mixed bag. As part of the wider Sheffield City Region (made up of Sheffield, Rotherham, Barnsley and Doncaster) Sheffield is the major city in South Yorkshire. As the City Region’s Strategic Economic Plan notes, there is a concentration of specialised and knowledge-intensive business built around the two universities and the advanced manufacturing and the creative and digital industries. But, wages in Sheffield are some of the lowest in the country and business density is low compared with other cities across the UK. GVA per capita (gross value added per head generated in the area) is just 68 percent of the UK average.

Sheffield still makes stuff, but in many ways retains the feel of a city of little mesters. Over 90 percent of businesses are small or micro businesses. And many are reliant on the EU to sell to. The latest figures from HM Revenue and Customs (reported recently by Sheffield’s Star) showed that 1,283 businesses exported goods to countries in the EU in 2019. This outward trade was valued at £951m – that’s 55 percent of the total value of exports. The figures also show 1,754 businesses imported goods from the bloc, at a value of £1.15bn last year.

This is slightly down from last year’s figures, but shows that trade with the 27 EU member states is still worth 1.5 times more to local businesses than trade with the non-EU countries.

So, the double whammy of coronavirus and Brexit is hard for places like Sheffield. As Mike Buckley wrote last week, Brexit will harm parts of the economy left untouched by coronavirus. In other words, whilst the pandemic hit in-person services like hospitality, entertainment and transport, Brexit is now coming for aerospace, automotive, pharmaceuticals, food and shipbuilding, according to a recent report.

Sheffield Chamber of Commerce has been trying to help businesses as much as they can. It was pretty quick off the mark to provide guidance and its ‘No Deal Dashboard’, although published nearly 12 months ago, is still helpful for businesses navigating their way around the complexities of Brexit. Having a former senior customs officer as a consultant has helped enormously to provide a bespoke service to local business.

Nick Patrick is head of international trade at the chamber. He explained to me that what businesses are concerned about are the new customs processes and how much goods will cost if there is a no deal scenario. The one thing that is evident is that different businesses have different levels of preparation:

“One third is pretty well prepared, about one quarter not worried, and others will say not confident but they are doing what they can. And even those who think Brexit won’t affect them – it will, because you are at some stage in the supply chain reliant on imports and freight forwarders”.

The need for bespoke advice and guidance is crucial. A government website can only signpost and cannot begin to go into the level of detail that is required – details that are different for every single business depending on the nature of that business. And, as Patrick observes the big boys – the Outokumpos of this world – are large enough to have compliance departments and overseas headquarters to help them build resilience. When your local economy is based around small businesses, resilience is less, because you do not have the scale to mitigate against large economic shocks, however short term they may be.

Richard Beckett’s business Gemolade is the antithesis of Outokumpu. Built up by Beckett, it is a small specialist outfit, which supplies quality display products from wire hangers to classic plate stands. About 40 percent of the business is to the EU. “I’ve prepared as much as I can but some things are out of my hands”, says Beckett. One of those things is the reliance on different freight forwarding companies who are now increasingly nervous about delays at the ports. The other is about any tariffs that may still be imposed. The unit costs are so low that any small price differential makes his business very vulnerable to competition, especially from inside the EU.

These are issues I’ve heard while talking to other local businesses. The biggest concern is uncertainty: as one manager told me, “The government says we should be prepared – but we have been asked to jump into a black hole”. Common complaints are the additional paperwork needed for import and export declarations (you need a commodity code for every single product); the disruption to the supply chain at the pinch point of the ports; keeping optimistic with the EU customer base; the great unknowns about tariffs and quota; and the additional costs and financial burdens to be compliant for the new trading regime.

One specialised metals firm relies on the EU for 80 percent of its business. The family-run metal powders firm employs 80 staff and, like Gemolade, what happens with freight companies and the ports will impact business significantly. They also have the added complication of having to be compliant with EU REACH (Registration, Evaluation, Authorisation and restriction of Chemicals) if they want to continue to export.

Some have found anomalies with the government guidance. Alison Marsh, finance director for Thessco Limited, is concerned that businesses such as Thessco who import raw materials, have not been given enough guidance, or the right guidance. The Border Operating Model published by the government in October appears to offer conflicting advice regarding the payment of VAT at the port to clear customs. “If we do not understand what is required, how can our EU suppliers and EU hauliers know what is expected of them?” says Alison Marsh.

The government communication campaign to get business ready says it all – morphing from the breezy ‘Check, Change, Go’ message in the summer to the now more desperate ‘time is running out’. The government is between a rock and a hard place on this – having told everyone all about the benefits of Brexit, including frictionless trade, it’s hard to now set off the alarm bells.

Retail will come back, says Richard Beckett, but it will take quite a few years to get back to pre-covid times. Some may never make it that far. In the meantime, for the likes of Richard it’s about digging deep into reserves (if there are any) and trying to work out if those all-important trade shows will be going ahead next year. 1 January is fast approaching, but none of us really knows what will happen. Businesses here in Sheffield will jump and just pray that the parachute opens.

Leeds Bradford Airport: the planning application that isn’t what it seems