Among many Yorkshire businesses struggling with difficulties adjusting to new EU trade realities, a single Brexit supporting CEO of a chemical intermediates’ exporter is claiming no issues, and surprisingly, not even any extra costs after Brexit. 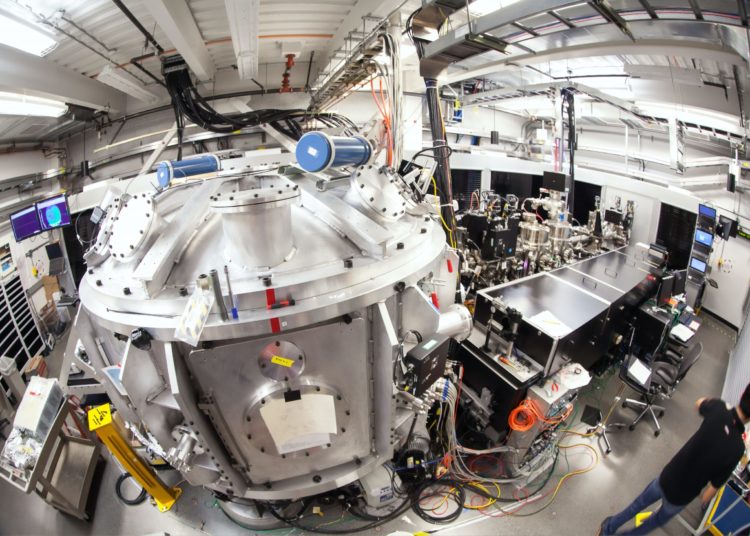 Photo by Science in HD on Unsplash

The first six weeks of 2021, as UK industry orientated itself to the new post-Brexit arrangements for EU trade, has seen curiously mixed results for Yorkshire businesses.

The regional press carried numerous reports about local companies involved in European trade suffering under a mountain of new red tape and technical barriers, with mounting concerns that many businesses “will abandon international trade in the face of increased bureaucracy and administration” caused by Brexit.

Many Yorkshire businesses seem to be reporting varying degrees of difficulties, with so far just a single Brexit-supporting chief executive of a chemical intermediates’ exporter claiming that there have been no issues and, surprisingly, not even any extra costs after Brexit. More on this below.

The chair of the Sheffield City Region Local Enterprise Partnership, James Muir, said Brexit was having an “undeniable impact” on businesses in South Yorkshire, with companies across the region “reporting confusion, frustration, and a costly transition”.

Mark Goldstone, at the West and North Yorkshire Chamber of Commerce (WNYCC), talked about the problems of dealing with complex rules of origin, which he said can be “burdensome and bureaucratic” with the cost of not getting it right being “disastrous both for reputation and financially”.

Another report said many firms in the area are being “plagued by problems with supplies and some are considering moving operations to the continent”.

Thomas Kerfoot, of cosmetics firm O&3 based in Ripon, has already shifted some operations to Poland. He told the Yorkshire Post that it was “not worth the hassle and the cost” of shipping goods into the EU and added, “This is as bad as a No Deal. Yes, no tariffs, but never was there any mention of the hefty duty implications, paperwork, backlog, delays and the difficulty of the EU borders that we are now faced with”.

Arnold Locker, chair of Locker Trawlers in Whitby, says he will be “worse off in January” than as a full member of the EU and he accused Boris Johnson and Michael Gove of deliberately devastating coastal communities.

One of the worst-affected seafood businesses is Baron Shellfish of Bridlington, forced to close after 40 years of exporting crab and lobsters to the EU. Leader of East Riding Council, Richard Burton, said it was very concerning that a business has had to close down because of “issues surrounding Brexit”.

In Felixkirk in North Yorkshire, Emma Blundell, managing director of specialist horse breeders Mount St John, described the amount of paperwork now required to export live animals to the EU as “insane” and she has so far been unable to send a valuable horse to Spain, despite enquiring with transport firms every week.

Nick Buxton, a director at Buxton Special Alloys in Rotherham, said they had already lost three European customers because products were delayed ten days by customs. He described the country as “a shambles”.

The managing director of Mollart Cox Engineering in nearby Chesterfield, Chris Cox, told The Star in Sheffield that, “It’s a total disaster and the most ill-prepared situation I’ve ever come across. They only had four years to prepare for it and it’s a total embarrassment. It will cause job losses and have a detrimental effect on our ability to export”.

Among these tales of Brexit woe, the one bright spot seems to be at the GRI Group from Sheffield, a manufacturer and distributor of chemical intermediates according to their website. Chief executive and Brexit supporter Graham Royle, claims his company ships and receives lorries from Europe literally every day and have had zero issues.  Royle said he spent two years getting ready and since 1 January, “every shipment has been on time, with no delays or added costs”.

GRI seems to have mysteriously escaped the additional costs seen by others of making customs and safety and security declarations for goods shipped into the EU or rising freight costs. Mr Royle, who appears to have a dizzying array of at least a dozen companies, some apparently with no employees, told The Star he voted for Brexit because he believes the UK will “flourish outside of the inertia, bureaucracy and political wrangling of the EU”.

This is indeed puzzling, because 25 business leaders from the chemical industry, including the Chemicals Industries Association, have signed a strongly worded letter to government ministers, seen by the Financial Times, which said they remained “extremely concerned” about current plans for a new £1bn system of chemicals regulation, and warned it would “hit UK industry hard across a range of manufacturing sectors”.

“Perversely, this cost to industry for compliance for one jurisdiction will be double the £500m UK companies have already spent over the past decade in complying with EU Reach and its, now, 27 markets”.

Signatories to the letter include large international business and chemical industry trade associations:

It warns that the UK REACH (Registration, Evaluation, Authorisation and Restriction of Chemicals) database, the equivalent of the EU REACH system, could “lead to potential additional and repetitive animal testing” and that it could become uneconomic to register some lower quantity substances in the UK.

“All in all, this will hit UK industry hard across a range of manufacturing sectors, reduce the competitiveness of UK manufacturing and lead to a loss of inward investment, as companies look outside the UK for their manufacturing hubs for Europe”, the letter said.

As a manufacturer of chemicals, GRI are seemingly unperturbed by the costly duplication of the EU chemical compound database that others in the industry complain about. Mr Royle claimed his EU business is “fully secure” and he looks forward to the “global trade deals that will come to the unshackled UK”.

One GRI Group company, I love Cosmetics Ltd, exports to 40 countries although in its latest accounts up to December 2019, it claims to have no employees.

Puzzlingly, if the European single market offered no benefits to GRI and raising considerable non-tariff barriers through the ‘thin’ EU-UK trade deal has added no extra costs, it is difficult to see what advantage there can be in any future global trade deals for GRI in reducing barriers to trade.

No doubt others will be desperate to learn Graham Royle’s secret, perhaps it’s all down to belief.

First they came for the fish...