A new report exposes in detail the impact that Brexit is having on businesses - with the effects getting worse over time, not better. 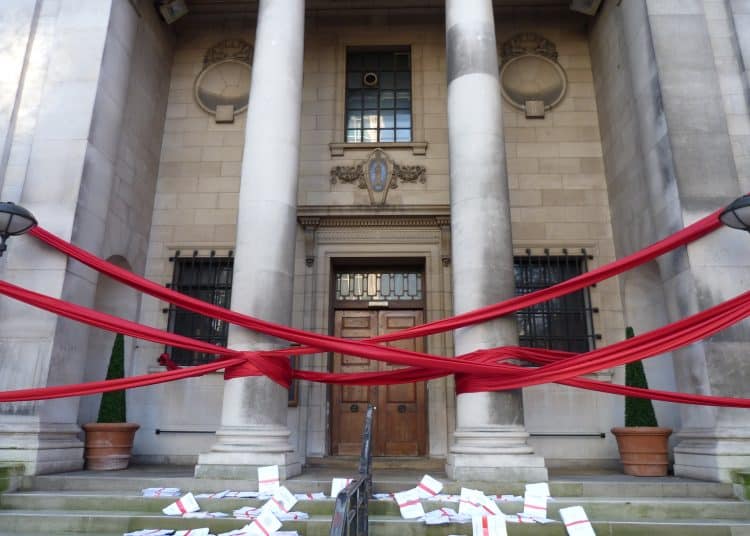 A new report by West & North Yorkshire Chamber of Commerce ought to remove any lingering beliefs that Brexit issues hitting business are ‘teething problems’ firms can quickly overcome.

The chamber has re-run a survey it carried out six months ago. Manufacturers are reporting things are just as bad now (Quarter 3) as they were immediately after the EU transition period ended (Quarter 1). Or at least, more or a similar number of them are still being impacted by Brexit consequences.

Brexit impacts are just as bad now, as when the transition period ended

Some 53 percent say that transport costs are a problem, an increase from 52 percent in the January to March period. Customs duties or levies are an issue for 51 percent (Q1: 41 percent), and 47 percent are seeing disruption at UK borders (Q1: 45 percent).

“It is noteworthy that one in four manufacturers mention experiencing challenges exporting to Northern Ireland”, says the chamber. A similar proportion (24 percent) are still stockpiling – the same as six months ago.

“It is impossible to imagine any version of Brexit that could have been positive for British industry and employers in Yorkshire. But the version Mr Johnson adopted under pressure from anti-European, anti-business extremists in the Conservative Party is proving to be enormously damaging economically, and these problems are likely to persist. ‘Teething problems’ is just another from a long list of Brexit lies.”

It is worth noting that Yorkshire and the North East are the regions with the greatest share of exports going to EU countries – respectively, 57 percent and 56 percent, according to a recent Make UK/BDO report. Elsewhere, it can be as low as 40 percent.

“The government might talk about trade deals with faraway places such as Australia and New Zealand, but it is fallacy to think they can ever be a substitute for this huge, accessible market located right on our doorstep”, says Wilson.

“It is natural for countries to trade with their immediate neighbours, so it is worrying to see so few now have firm plans to increase sales to Europe as our most important markets open up in the wake of the pandemic.”

Only 13 percent of manufacturers have ‘concrete’ plans to grow their EU exports. Slightly more (18 percent) have plans to increase non-EU sales. Far more are having to take actions to mitigate Brexit’s harm. Forty-nine percent have absorbed higher costs (Q1: 40 percent), 34 percent have passed them on to customers (Q1: 21 percent), and 25 percent have sought local or domestic suppliers (Q1: 15 percent).

“Brexit is making our firms less competitive internationally, and it is likely to get worse until this government or a future one steps in to stop and reverse the damage being caused”, said Wilson, who is also a vice chair of European Movement UK and chair of Grassroots for Europe.

“Firms are doing all they can, but Brexit isn’t working. We need the Labour Party and other opposition parties to step up to the plate and tell us what they will do to support British trade and British jobs.

“A commitment to negotiate single market access for our exporters and importers – which is something Boris Johnson and his allies promised Leave voters in their referendum campaign, but subsequently failed to deliver – would be a good start.”

Brexit impact on the services sector

The chamber’s findings make better reading for the region’s services sector. Whereas 53 percent of manufacturers report difficulties both exporting and importing goods, it is only 16 percent and 13 percent respectively for services firms.

However, there is a sting in the tail. The chamber has a services sub-section – “wholesale, retail, transport and distribution”. Here, things are almost as bad as for manufacturing – with 49 percent seeing difficulties with exports and 38 percent for imports.

“Supply side challenges are the standout factor in our latest report, limiting growth in sales around the world as global economic demand surges.

“It is hoped that rising input costs and supply chain disruption will ease as global shipping starts to recover, but will challenge company cash flows in the interim period as balance sheets recover from the economic crisis. Concerns remain however, over the longer-term impact of inflationary pressures with a third of firms expecting to pass these additional costs on to customers.

“Undoubtedly the additional bureaucracy and associated cost continues to impact trade with the EU for many firms across our region. The impacts of Covid too are still to play out as global shipping and the availability of cargo containers continues to present challenges and further costs. The government should act now to reintroduce SME Brexit support grants and use its export strategy, and the Spending Review, to provide stronger export finance. It should also work with the chamber network to kickstart overseas exports from SMEs across our region.”

Peter is a press officer with the campaign group Leeds for Europe. He is a former regional newspaper business reporter and PR manager in the financial services sector.