Leeds-based budding screenwriter and director George Bartlett has seen a reawakening of his love of filmmaking and cinema during the pandemic, resulting in the production of not just one but two, acclaimed short films. 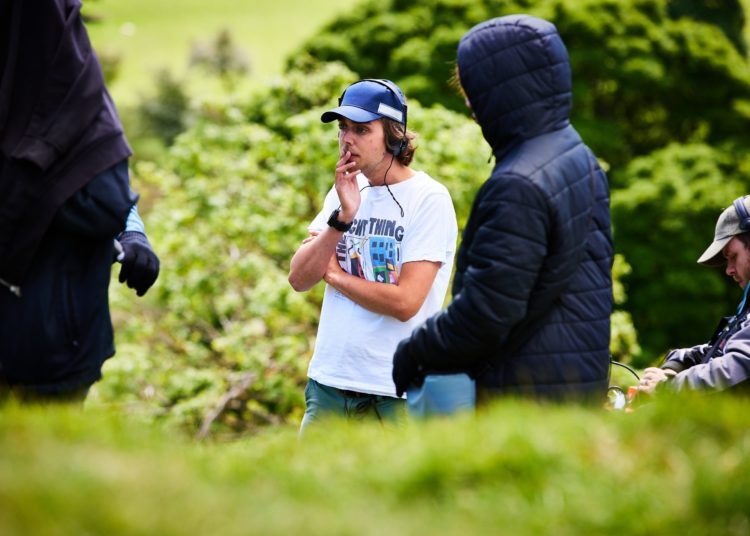 The last 18 months have been nothing less than a nightmare for many in the creative sectors. It was therefore heartening to have the pleasure of meeting a Leeds-based budding screenwriter and director for whom the pandemic has seen a reawakening of his love of filmmaking and cinema resulting in the production of not just one but two, acclaimed short films.

George Bartlett is a very friendly and articulate creative who spent most of his formative years in the Yorkshire town of Tadcaster. He has always had a love of reading and storytelling, writing his own short stories as very young child. It was in his teens that this developed into a fascination with cinema and filmmaking.

George is the first to admit that studying was not at the top of his list, resulting in him failing most of his subjects at GCSE. That could have been the end of his filmmaking career before it had even started, but after his exams George spent more and more of his time at the cinema and his passion for the art of film increased. This eventually led him to study film and TV at York College followed by a degree in film production at Staffordshire University.

At university he began to undertake freelance video editing work, for the corporate video market, a job he now undertakes full time, and which as he says “pays the bills”. More importantly though, it is a career that he obviously enjoys and one that still affords him a large degree of “creativity and artistic stimulation with many of the skills being transferrable to his work making films”.

It has however been the last 18 months, during the long days of the Covid-19 pandemic, that have seen the real blossoming of his film making, with George writing and making not just one, but two short films.

The End of Comedy

The first, The End of Comedy, premiered last week on www.Paus.tv – the disruptive short film distribution platform. It was shot last September and has been well received at several festivals.

The film tells the story of a father and son’s attempt to reconnect after a tragic loss. George said, “I wanted to make a film that explores how people grieve differently, and the conflicts that can ensue. It’s an attempt to blur the line between comedy and tragedy”. The End of Comedy is now available to watch HERE.

Whilst George is responsible for the writing and directing, it’s the “coordination, heavy lifting and the responsibilities that goes with it” that he doesn’t find as easy. This is where the project becomes a family enterprise, with his TV-producer sister Melissa stepping in to produce the film, allowing George to focus on working with the actors. A division of labour he wishes had learned earlier.

He’s keen to stress that it is very much a team exercise, with the core members of the crew collaborating to make the same movie together, “being confident over the things you know and being humble about the rest”. One downside is that the scripts are often semi-autobiographical with real life crossing over into the script, which can produce some interesting family discussions!

George explained that one of the biggest challenges to both writers and filmmakers is making stories that resonate with other people, finding familiarities and similarities in other people’s lives. The other is finding your own voice rather than imitating others you admire. Having the confidence to know that your voice and ideas have a right to be heard as much as anyone else’s.

George’s newest short film, Boredom, is still in production but I’m privileged to have seen an early version. In the film, three young lads consider life beyond their small town after receiving their GCSE results.

“Having grown up in a small town myself, I wanted to capture that feeling of being stuck somewhere, and show the perspective of young lads who grow up feeling isolated. Boredom was shot on location in the Yorkshire Dales and will be available to watch soon.”

Using George’s own criteria, I thoroughly enjoyed the film and found that it certainly resonated with me and was a situation we have all been in. I certainly dreamed of an exciting life away from the village where I grew up, even if it took me many years to discover it.

Perhaps the best person to ask though is Dylan Wilson, a member of the cast who’s the same age as the characters in the film. “I played the character Karl in the short film Boredom. I would say that the film is a true representation of the life of a typical 15/16 year old waiting to receive GCSE results to see what the future may hold and what opportunities may come your way if life throws you an unexpected curve ball.”

The good news is that Dylan’s GCSE results have now come in, and they were excellent. But even if they hadn’t been, it would not have meant the end of his dreams. This is something George illustrates perfectly in his films, and they’re well worth watching.