Lydia Macpherson details her experience being blocked by her Conservative MP, Robbie Moore (Keighley), and how typical this now is of Conservative MPs. "But far too many MPs manipulate us using social media, and calling them out can have consequences that extend beyond the frustration of being blocked." 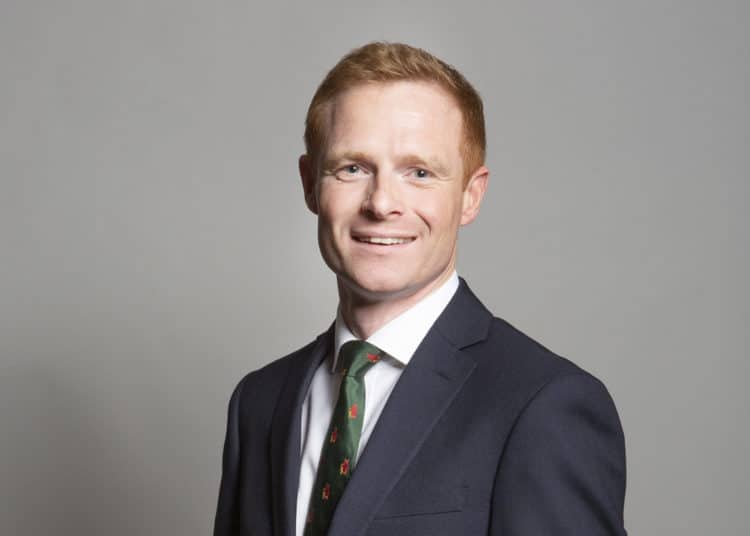 Please note, this article has been updated several times. This was initially to include more Yorkshire MPs (all Conservative) who have blocked their constituents. However, we have also updated it at the request of Robbie Moore’s office to correct a mistake. We incorrectly attributed the quote regarding social media best practice for MPs to the speaker’s commission into digital democracy. In fact this quote was from one of the contributors to the commission. As this doesn’t change the material facts of the article, we have amended it and republished (see quote in bold, halfway down the article).

“Say the first thing that comes into your head. It will probably be nonsense and you may get a bad headline but if you make enough dubious claims fast enough you can get away with it.”

You’d be forgiven for thinking that this advice comes from the Trump playbook. In fact, it was given by the Wellingborough branch of the Conservative Party in their newsletter in December 2020.

Something troubling is going on with the way our MPs use their social media accounts. All over the country, MPs are blocking their constituents on Twitter, Facebook and Instagram, or locking their accounts so that replies to posts are not possible. A quick survey of Twitter the other day elicited hundreds of responses and within hours I had a list of 126 block-happy MPs, all but eight of them Conservatives, and that list grows daily.

Of course anyone who is abusive, threatening or otherwise intimidating should be blocked, but my research shows that this is often not the case for ‘blockees’. In fact, it’s such a common phenomenon that many have set up their own local social media ‘Blocked by my MP’ groups to compare notes and commiserate their denial of access to an increasingly important source of information.

I am a constituent of Robbie Moore in Keighley. He’s one of the 2019 intake, parachuted in from Morpeth. In October 2020, he blocked me on Twitter. I emailed him to ask which tweet had caused him to block me, because as far as I knew I hadn’t been abusive or trolling. Ironically, his office manager replied:

“Thank you for your recent correspondence to Robbie Moore MP. I am responding on Mr Moore’s behalf.

There is no Parliamentary obligation for an MP to operate social media accounts. They do so in a purely personal capacity. Mr Moore does not tolerate abusive, threatening, intimidating or any other anti-social content on his various social media accounts. If Mr Moore believes that somebody is violating this then he is within his rights to remove them from his page.”

I asked the office manager to show me how I had been abusive, but he never replied.

Does someone who tweets in a ‘purely personal capacity’ delegate a response to an office manager, paid by the taxpayer? Of course not. There are few hard and fast rules for how politicians should behave on social media.

In 2015, John Bercow set up the speaker’s commission into digital democracy and asked the Chartered Institute of Public Relations (CIPR) to make a submission to his commission on best practice for Twitter. This submission was prepared by Stuart Bruce, who advised the commission that, “The fact that [MPs] hold public office means that your views will be interpreted by people as representing the views of your position and party. Using the disclaimer (that all views are personal etc) doesn’t protect you or make people less likely to think this”.

The parliamentary code of conduct (PCC) for MPs applies to ALL aspects of MPs’ public lives. The PCC says, “Holders of public office are accountable for their decisions and actions to the public and must submit themselves to whatever scrutiny is appropriate to their office”. MPs who block constituents on social media because they ask difficult questions are avoiding submitting themselves to scrutiny.

Of course, there are other ways of communicating with an MP – and there are still quite a few of the old guard who don’t partake of social media at all. In fact, if you email or write a letter to your MP you do stand a reasonable chance of a reply, as each incoming piece of correspondence is assigned a case reference, which can make it a bit embarrassing if the MP chooses to ignore it (though many still do).

But we live in a time – especially in this period of the pandemic – when social media is increasingly important. Anyone can post a question, a piece of information or an opinion, and on social media things can travel fast. This makes it enticing for MPs, and some do use it in a considered way, to convey information, reassure constituents and inform about local issues. But far too many MPs manipulate us using social media, and calling them out can have consequences that extend beyond the frustration of being blocked.

Carol (not their real name) is a factory worker based in Keighley. She noticed that on his Facebook page, Robbie Moore only ever features thriving local businesses – Keighley in an area of sad economic decline. She asked him on Facebook why he never highlighted businesses in need of help – a reasonable question. According to Carol, not only was she blocked from Moore’s account, but he found out where she worked, which was at a factory owned by one of his friends, and went to her boss to tell him that she had criticised him on Facebook. The boss didn’t sack her, but he ‘marked her card’. If true, and I have no reason to believe it isn’t, this is a breath-taking and flagrant abuse of power by an elected representative.

Another of Moore’s constituents, a distinguished academic in the field of substance abuse, took issue with his retweeting of a somewhat crass post by Priti Patel about the government’s populist and unhelpful anti-drugs rhetoric, which had followed hard on the hypocritical heels of Moore’s own tweet about pulling pints and enjoying the product of the local brewery. That temerity got her blocked.

What MPs fail to realise is that they are elected to represent all of their constituents, and that by blocking those who question them they are creating an echo chamber, which is not only undemocratic but which presents a false impression to others who look at their social media.

Lydia Macpherson is a poet. Her collection ‘Love Me Do’ (Salt Publishing) won the Crashaw Prize in 2013. She lives in West Yorkshire.