A Barnsley spoken word artist has produced a poetic tribute to the town’s hospital volunteers. 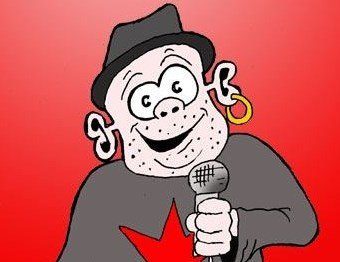 A Barnsley spoken word artist has produced a poetic tribute to the town’s hospital volunteers. Jeff ‘Jethro’ Platts was asked by Barnsley Hospital Charity to produce the piece as a way of saying thank you to a much valued, but sometimes forgotten, group of people who have continued to give their time in a variety of roles during the Covid-19 crisis.

A miner for ten years, then a youth and community worker for nearly 30, Jethro writes and performs all over the country and is, for many, the heart and soul of Barnsley spoken word. He’s also the founder of Barnsley’s Spoken Voices Collective, which exists to encourage people to write, perform and record their words and encourage a sense of community for the betterment of their wellbeing.

Like Barnsley’s other renowned bard, Ian McMillan, Jethro retains an authentic local voice as well as staying the right side of the stereotypes which can dog performers from this part of the world. Barnsley is one of the ‘go-to’ places when news outlets want to point a microphone at ‘Northern Brexit Man’. We asked Jethro what he thought of that rather hackneyed media image.

“Given the results in Barnsley I guess it’s easy pickings. Journos arriving in Barnsley for their soundbite or vox pop won’t have to look far. A quick half an hour around the market and they’re soon tucked up in Costa tweeting their editor with their bid for promotion.

“That’s not to say every Brexiteer in Barnsley will feed their misconceived expectations of ‘Northern Brexit Man’. Many, whilst delivering the ‘X’ in the same box have opposing views and very different reasons for voting as they did. However, Barnsley folk rightly have stuff to say, so given the opportunity, many will.”

Jethro’s poem about hospital volunteers talks of “the people’s glue … doing their do” and manages the neat trick of eulogising without stating the obvious, of accessibility without cliché. It also challenges us to ask ourselves whether volunteers may have been overlooked in the Covid-19 crisis. “I think those that do volunteer deserve our appreciation and perhaps that level of appreciation has rightly been stepped up, as we all are afforded more time to observe, reflect and notice. So to answer the question: perhaps not”, says Jethro.

He goes on to say, “Doing the job I do, working closely with communities in and around Barnsley, volunteers have been the heartbeat and backbone of our little corner of the world. Their efforts are often very discreet so perhaps go unnoticed, as the poem suggests.”

Although it’s often portrayed as a traditional working-class, white monoculture, anyone who spends time there will notice that the town is becoming more diverse, particularly in schools. Working as he does with young people and those marginalised, including asylum seekers and refugees, Jethro is keenly aware of the challenges in an area recently targeted by Pro-Trump online activists seeking to spread right-wing propaganda and misinformation.

“I hope that the conversations, debates and often arguments remain open, honest and driven by a common interest of fairness with a will to eradicate hate and division. Whether the mainstream media’s agenda will allow for this is the bigger question I guess. Maybe the biggest challenge, certainly in the first instance, is to ensure a level playing surface, one where those that set out to knock the ground staff from their sit-on grass rollers are exposed and brought to account. I have heard and read some shameful things in recent weeks, it must change.”

Being unable to work face to face during lockdown has been a hammer blow for artists like Jethro, and, like many, he is struggling to come to terms with a new artistic landscape.

“It’s been a huge learning curve. Youth work relies heavily on voluntary relationships and as we know, relationships on any level need nurturing and nourishing. Maintaining the authenticity, and what I hope is genuine practice, has been a struggle for me personally. It feels contrived and clunky, less organic. That said, we’re all our own worst critics eh? I guess artists that livestream their music or poetry feel the same: “Was that good enough? Did they get the message? Have I read their response right?”

Whatever happens, Jethro will always be in there, somewhere, seeking to give local people a means of having their voices heard.