I’ve been working 40+ hours a week in a supermarket throughout the pandemic and from what I’ve seen, I’m not at all surprised that Covid-19 is still prevalent in Sheffield. 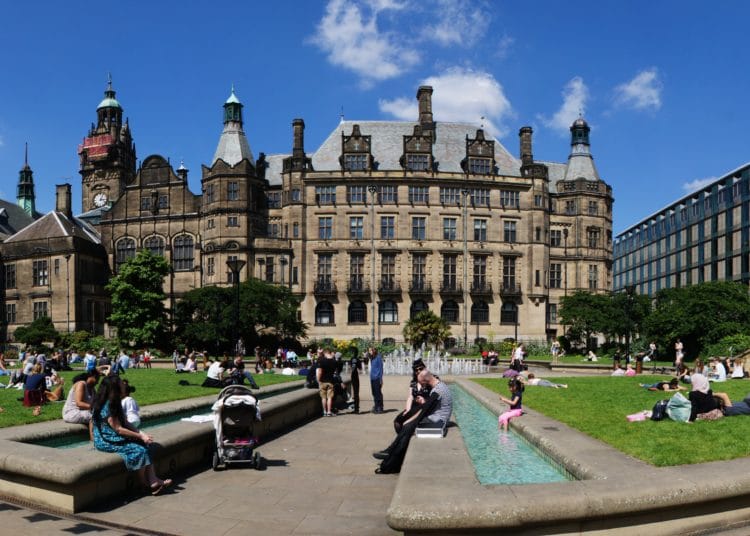 Over the weekend, a list of the top 20 local authorities most at risk of a resurgence of Coronavirus was released, upon which Sheffield ranked 15th, with neighbouring Rotherham and Barnsley also making the list. The data showed that in the seven days from the 28 June to the 4 July, Sheffield reported three community outbreaks and 2.5 incidences per 100,000 people. This is a decrease from the previous week, but still places Sheffield in the ‘danger zone’.

Sheffield has also been identified as one of three areas that will require ‘enhanced support’, although it is unclear exactly what that would entail. For a city of its size, Sheffield has generally not fared too badly, with fewer than 300 deaths recorded in Sheffield hospitals by the end of June. Of course this figure doesn’t account for deaths in the community or in care homes, but for a city with a population of over half a million people, it could definitely be a lot worse.

I’ve been working 40+ hours a week in a supermarket throughout the pandemic and from what I’ve seen, I’m not at all surprised that Covid-19 is still prevalent in Sheffield. While guidelines were never being followed particularly well, since lockdown was eased any concern for preventing the spread of coronavirus has all but gone. A wise man once said, “give them an inch and they’ll take a mile”, and from what I’ve seen, that couldn’t be more true.

Social distancing was barely adhered to at the height of the pandemic so naturally that’s been the first thing to go. The only place I see social distancing now is in the queue for the checkouts where there are markers to stand on, but elsewhere in the shop, self-regulated social distancing is non-existent. I regularly get people reaching over me while I’m filling the shelves or walking past me as though I’m not a person who could catch this but just part of the furniture. It’s as if saying “can I just squeeze past?” as you walk within inches of me makes it okay.

There’s also been a marked decline in people’s attempts at social distancing following the opening of the pubs, which is a surprise to absolutely no one except the government. Drunk people stumbling in to the shop from the pub ten minutes before closing are not socially distancing – not from the mates they’re with, not from other customers and not from staff. Frankly it’s infuriating.

There’s a small group of people who seem to actively resist the measures put in place. They disregard the one-way systems and even refuse to use the tills with screens in front of them, instead leaning around them as if the screens are there to indicate the till shouldn’t be used when in fact it’s quite the opposite. I had one woman refuse to stand in front of the screen because she could see little droplets of someone’s spit on it and would not be reasoned with regarding how that proved the necessity of the screens.

With lockdown easing we’re also seeing an increase in the number of people getting into confrontations. Many of these clashes are between those who still want to stay safe and maintain social distancing measures, and those who charge into shops, go wherever they like and when challenged, exclaim “I don’t give a f**k about social distancing”. By all means, continue to put yourself in danger but don’t take the rest of us down with you!

By far the most concerning thing I’ve come across is some people’s attitude to the pandemic itself. The most common and problematic attitude I’ve seen is the belief that “if I get it I get it, it can’t be helped”, a sentiment I’ve heard echoed many times by people who continue to ignore everything that could possibly help. Then of course there are the “Covid-deniers”, those who believe the conspiracy theories, or worse, believe that the virus doesn’t exist at all, therefore they will do nothing to change their behaviour in order to mitigate the effects of a very real threat that they don’t believe exists.

Finally, there are the ignorant people, the uninformed; those who don’t regularly engage with news or current affairs and just turn up to the supermarket wondering why there’s a queue the length of the car park and nothing on the shelves. When the screens went up in front of our tills, one such individual remarked something along the lines of “oh, it’s getting serious then?” Only then did I realise the true extent to which people can fail to engage with the world around them and subsequently remain woefully uninformed.

With all this in mind, I would wholeheartedly support another lockdown of Sheffield, as it seems that’s what’s necessary to make people realise the severity of the problem. Apparently a nationwide death toll of nearly 45,000 people (with over 60,000 excess deaths) isn’t enough. Those who have been taking it seriously would understand. And for those who made a second, localised lockdown necessary, it would serve them right to lose the privileges with which they’d been so erroneously entrusted.