Margaret Thatcher, surely the embodiment of Conservatism, grew up above her father’s tobacconists and grocery shop. 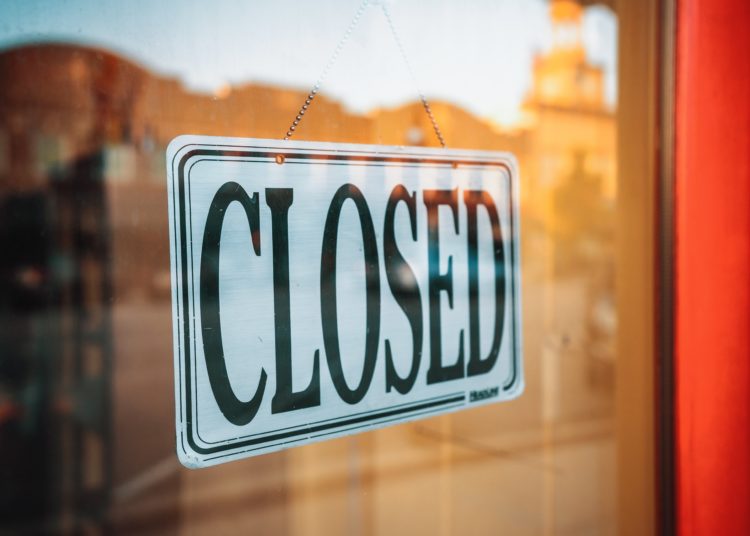 Photo by Evan Wise on Unsplash

Margaret Thatcher, surely the embodiment of Conservatism, grew up above her father’s tobacconists and grocery shop. As prime minister, she continued to live above the shop: 10 Downing Street.

Throughout her time in charge of the country she demonstrated an astonishing mastery of detail. She was not exactly a consensus politician – unlike say, John Major or James Callaghan – but her mind was focused and she knew how to get things done. She would have instinctively understood the risks now faced by our small and medium-sized enterprises (SMEs), due to the ‘double-whammy’ impact of Brexit and Covid-19.

At Oxford, where she studied chemistry and researched the structure of antibiotics, she would have heard alarm bells ringing throughout January of the imminent threat of Covid-19. This contrasts with Boris Johnson who was preoccupied at that time with another bell: Big Ben’s bong to celebrate our long-awaited moment of ‘liberation’.

While other countries ease lockdown measures, the full economic implications of the pandemic have yet to be felt in the UK. Every week, thousands of redundancies are announced – part of a ripple effect from large business down to the proverbial corner shop.

Around 99 per cent of the UK’s 5.9 million private businesses are SMEs: that is, those with fewer than 250 employees. They account for 60 per cent of all private sector jobs in the UK, a total of 16.6 million. They are crucial to our economy.

From 2018 to 2019, SME businesses in the West Midlands and Yorkshire and the Humber increased in number by 7 per cent. They dominate our service sector – but with Covid-19, this may be a weakness. Social distancing means that retail and hospitality will struggle to survive, which means we shall take longer to recover than our competitors.

The gap between the UK and the EU on a trade deal grows further apart. A recent report, commissioned by Best for Britain from the independent think tank Social Market Foundation, indicated that whether the UK leaves the transition period in the midst of Covid-19 with a free trade agreement or no deal at all, the impact would be severe and long lasting.

According to government figures, a free trade agreement with the EU would mean a 5 per cent reduction in the UK’s economic growth over the next 15 years. A no deal scenario, with the UK reverting to World Trade Organization (WTO) rules, would reduce economic growth by 8 per cent over the same period.

That’s without the impact of Covid-19. No deal will mean negotiating with the WTO and its 164 members, not just the 27 of the EU. This is not “achievable overnight”, Dr Fox. We face new, and in many cases punitive, tariffs. Anthony Robinson, writing in Yorkshire Bylines, refers to the Food and Drink Federation’s concerns at the threat to York’s chocolate industry from the EU’s “rules of origin.” If the complications of EU bureaucracy are daunting, just try experiencing the WTO’s.

The Society of Motor Manufacturers (SMMT) warns that only a “world-beating Brexit trade deal” would maintain the UK’s productivity and prosperity. Otherwise, UK manufacturing would lose 1.5 million vehicles by 2024, costing the country as much as £42.7bn. The SMMT also claims that WTO tariffs on imported components and exported vehicles would add £3.2bn a year to the cost of UK automotive manufacturing.

Following the referendum, SMEs expected to use the transition period to prepare for the post-Brexit world. As prime minister, Theresa May made three key speeches setting out her vision (Lancaster House, Florence, and Mansion House), but much remained unclear in terms of practical guidance for business. The likelihood of no deal, minimal at first, gradually became the government’s default position.

The government now tells businesses to prepare, but they do not know for what. With Covid-19 on top of this, many now struggle to exist. The prime minister needs to give SMEs guidance on the changes to rules and regulations from January 2021. Without this, they are unable to plan ahead or manage their product standards, customs procedures and supply chains.

The UK is now on its own. It has agreed some free trade agreements, but these are all with nations or trade blocs with small economies, compared with the EU. The largest of these (in terms of UK trade figures for 2019) are Switzerland, Iceland and Norway, the Southern Africa Customs Union and Mozambique (SACUM) trade bloc, and South Korea. It’s already clear that we will not be helped by the United States – particularly in view of President Trump’s instinctive protectionism and trade wars with China. Further, Japan has given the UK just six weeks to sign up to a new trade deal, or face disruption to our imports and exports. Yet as an EU member, we already had a deal with Japan.

For local communities this means no more EU grants and funding. For example, over the years Wakefield received more than £900k EU funding for jobs and growth, £4.8m to support 29 research projects, and £1.8m to support young people, mainly through the Erasmus+ scheme that we are leaving. In the Wakefield area in 2017 alone, the EU supported 260 farmers with investments of over £4.8m. In our cities of Sheffield, Leeds, York and Hull, these figures are far higher.

Small and medium-sized businesses are not prepared for a no-deal Brexit. In the West Midlands, only 10 per cent of SME owners say they were prepared for a no-deal Brexit before Covid-19, and 85 per cent say no deal plus Covid-19 would spell disaster. In the North-West, which includes many of the ‘red wall’ seats won from Labour at the last general election, 63 per cent say their businesses are at risk because of the coronavirus.

Even now, sixty-one per cent of UK businesses have taken no action to prepare for Brexit. Yet Mr Gove admits he’s not surprised.

We’ve heard very little recently from the government about the Northern Powerhouse. During the 2019 general election campaign, Mr Johnson said of former Labour voters who “lent” him their vote (for example, Yorkshire voters in the Don Valley and Wakefield): “Those people want change. We cannot, must not, must not, let them down. And in delivering change we must change too.”

For these voters, and for the business owners, the government must continue to listen. The Bank of England and three former chancellors fear mass unemployment from the pandemic. Now is not the time to risk further economic sabotage resulting from a bungled Brexit. The British Retail Consortium have warned that a disorderly Brexit will lead to food shortages far worse than recently experienced at the start of lockdown. But with the Federation of Small Businesses predicting that one in three SMEs might shut forever, it’s the corner shops themselves that may soon vanish, not only your favourite York chocolate.

Edward’s early years spent in New Zealand have given him a double perspective on how he views the UK: that of a native-born Brit, and as seen by a relative outsider. He takes a keen interest in the environment, and the UK’s social and economic history.