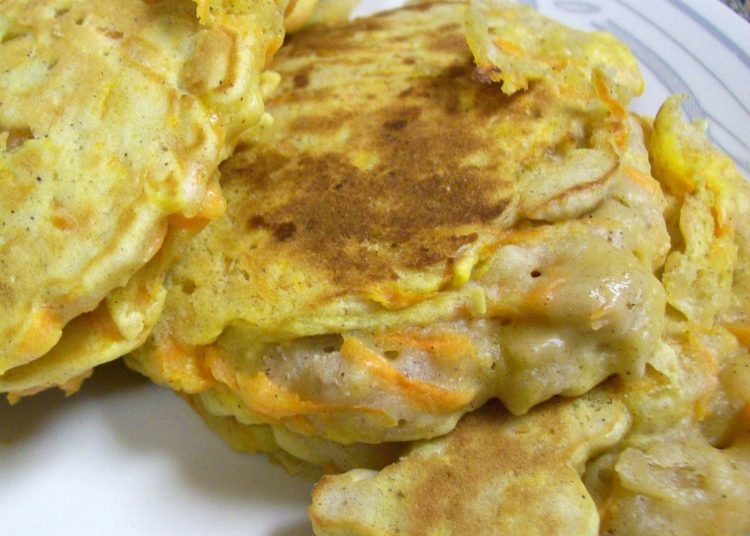 Image by yummysmellsca for Creative Commons

In every celebration, it’s customary to eat traditional recipes which have been passed down the generations. Hanukkah follows the same pattern with an amazing feast of foods to celebrate the Jewish ‘Festival of Lights’.

Hanukkah is the Hebrew and Arabic word that means ‘dedication’ and it’s often called the ‘Festival of lights’, as a candle is lit on a menorah each evening. Over eight days, families and friends usually exchange gifts and eat a rich abundance of foods, often deep fried, to commemorate the role of the miracle of oil. This relates to the rededication of the Temple in Jerusalem following an uprising in 165 BC and the one cruse of oil which survived the desecration and burnt brightly for eight days.

This year the feast takes place from the evening of Thursday 10 December to the evening of Friday 18 December 2020. With Covid-19 restrictions still in place, there’ll be virtual celebrations to replace the usual gatherings of family and friends. During Hanukkah, families enjoy foods such as brisket, kugel (a baked pudding or casserole, made from egg noodles or potatoes) and latkes (grated potato fritters). The wide range of desserts and sweets often includes soufganioth or ponchkes (jam doughnuts), rugelach (raisin and nut crescents), honey cake, coconut macaroons and shortbread stars.

I’ve been fortunate to be sent a recipe for apple latkes, a sweet version instead of the traditional grated potato recipe. The family’s Grandma always makes this dazzling speciality each year during the Hanukkah festival as one of the many treats for their celebrations.

3–4 apples (depending on size)

Prepare the apples: Core and peel the apples and cut into thick slices. Place in a dish with the sugar and calvados and leave for about an hour, turning from time to time so they are well coated. (You can skip this step and simply prepare the apples prior to frying.)

Make the batter: Separate the eggs and beat the yolks with 2 tbsps of oil and salt. Add the flour and mix well. Add the water (and milk if used) gradually and mix to a cream. Leave for an hour. Whisk the egg whites until they are stiff and fold into the mixture.

Fry the latkes: Heat about 4–5 tbsps of oil in a large frying pan until it sizzles. Dip the apple slices in the batter and make sure they are well coated. Place in the hot oil and fry in batches until brown. Lift each one out carefully with a slotted spoon and drain. Sprinkle with either caster sugar or cinnamon as you wish.

Tip: Apple Latkes are best served fresh but you can keep them in a moderately warm oven for about an hour.

Read more about Grandma Abson’s life, her passion for baking and check out her Christmas recipes on www.grandmaabson.com and head over to Instagram @potsaway to check out how Meryl and Patrick are cooking together again.