This remarkable Yorkshireman lies in a remote grave in the mountains of Burma, where he died at the age of 40 on 17 October 1920. 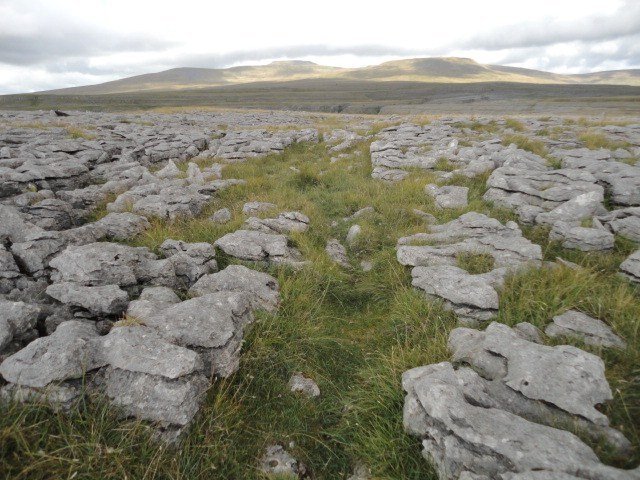 Ingleborough Hall at Clapham in the Yorkshire Dales was the family home of Reginald Farrer (1880–1920). Here he created the Craven Nursery, to which he sent back alpine plants from his expeditions in the mountains of Europe and Asia. At the age of 14, he had already published a note in the Journal of Botany on a rare flower which he discovered on the mountain limestone at Sulber Nook.

Farrer studied at Oxford University, and hoped to make his name as an author of plays and novels, but had little success. He tried his hand at politics, but failed to be elected to parliament. His abiding passion was botany. In search of plants, he went to the European Alps nearly every summer from 1899 to 1913, first to Switzerland and then to France, Italy and Austria.

Just before the outbreak of the Great War, Farrer travelled to China, where he spent two years collecting plants and seeds on the border with Tibet. Returning in 1916, he worked for the Ministry of Information as a war journalist, and then in 1919 left for a plant-hunting expedition in Upper Burma, where he died in 1920. Many species that he discovered in Asia were named after him, such as Gentiana farreri. He introduced new plants to British gardens, and has been described as, “Virtually the patron saint of rock gardening for much of the twentieth century”.

Yorkshire is often mentioned in Farrer’s books and articles on gardening and plant-hunting. His book A Yorkshire Garden was described by a reviewer as a “mingling of quaint fantasy, shrewd philosophy and keen observation”. In an article for the Yorkshire Ramblers’ Club Farrer wrote, “it may come as a shock and a heresy to my fellow Ramblers when I make the confession that to me the mountains (apart from their spectacular attraction) exist simply as homes and backgrounds to their population of infinitesimal plants. My enthusiasm halts, together with my feet, at the precise point where the climber’s energies are first called upon.”

It was Farrer’s mountain writing that first attracted me to his work, and I have followed in his footsteps in many parts of the Alps. I have found Eritrichium nanum (King of the Alps) on a Swiss mountain pass at the same spot where he found it more than a hundred years earlier. I have been to the Antermoia Pass, of which he wrote:

“It is almost impossible to speak up there, so wonderful and awful is that enormous calm in the core of the Dolomites. It seems either as if one’s mortal voice could not be heard among those other tremendous utterances so vocal in the great stillness; or as if one’s chirp would shatter beyond hope of repair something gleaming and holy and incomprehensible”.

Visiting the Italian Front as a journalist in 1917, he botanised under fire from Austrian troops: “What Englishman ever before has collected cyclamen on Monte Santo among the shell-fire?” he wrote in The Void of War: Letters from Three Fronts.

Farrer’s essay on Jane Austen, published in 1917, has won praise as “the best single introduction to her fiction” (A. Walton Litz, Jane Austen: A Study of her Artistic Development, Chatto & Windus, 1965, p39). Her novels went with him on his expeditions. Describing his preparations for China, he wrote:

“The mind of a Napoleon is required to weigh up accurately beforehand all that is essential and all that is omissible in a voyage of two seasons; to my own thinking, almost everything is omissible once one makes up one’s mind to it, and it is wonderful how simple life can become when resolutely resolved into its bare essentials. In my own case, I find it reduces itself to the materials of washing and the works of Jane Austen; of the two, at extreme need, it would be the washing materials that I should jettison”.

Farrer was unconventional, and could be disconcerting. He had a harelip, a cleft palate, and a loud voice. Attracted by Buddhism during a visit to Japan, he became a Buddhist in Ceylon. His cousin Osbert Sitwell wrote of him:

“Although possessed of the capacity to be extremely considerate, he was impish by nature, and so, since he had also the power of identifying, with an intimidating speed and certainty, hypocrisy and pretentiousness, there were even at his most clement, occasional sly digs and prods for all in his conversation. He was vain, it must be admitted, in several directions, and liked to air the contents of a well-stored and observant mind”.

Farrer enjoyed writing, and declared to his readers:

“To write of things one loves for the benefit of those who love them too, is a pleasure beyond most other pleasures. Short of being Among the Hills themselves, there is no joy keener than to be taken back to them by memory”.

This remarkable Yorkshireman lies in a remote grave in the mountains of Burma, where he died at the age of 40, probably of diphtheria, on 17 October 1920. On the centenary of his death, he deserves to be remembered in Yorkshire.