Rugby had been compulsory at my school too, and our referees, especially those teachers who had to give up their Saturday afternoons. 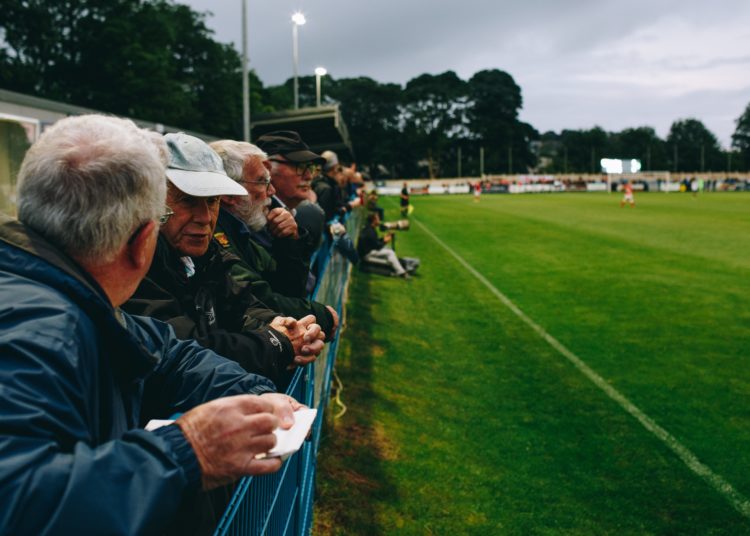 Image by Richard Boyle for Unsplash

As a sixth former at a county schoolboys’ trial match, I got talking with a boy from one of the better known boarding schools. When he discovered that I came from the East Riding he told me about one of his elderly masters from Yorkshire who refereed rugby matches on his bicycle. He did not officiate at First XV games, or any of the school’s representative matches, for he was one of those poor souls who was drafted in to take Wednesday and Saturday afternoon compulsory games, even though his own subject was classics and he’d shown no interest in rugby since he was dropped from the U14s at his own school, forty odd years previously.

Rugby had been compulsory at my school too, and our referees, especially those teachers who had to give up their Saturday afternoons, were barely able to conceal their resentment and vexation that they had to attempt to control a game they knew little about, and cared about even less. It was a view shared by the thirty boys who had found their names on a list on the games notice board. Names clearly drawn at random because these were the odds and sods who could not get into the school’s representative teams, had little skill and also did not wish to be there. Often the conscripted teachers just hovered around the centre line making judgments on action in the far corners of the pitch, seemingly allowing or disallowing tries on a whim.

But this was not  how the elderly Yorkshire classicist approached his task. To overcome arthritic joints and groaning feet, he rode a bicycle around the field to keep up with play. The school accepted it, even if the laws of the game allowed no such latitude, or rather had never conceived of such a situation.

Pedalling furiously up and down the pitch, he followed long kicks downfield or desperately tried to stay alongside a flying winger as he ran in for a try. This image of a cyclist manoeuvring to keep up with the three quarter line, or hunched over his handlebars awaiting the put-in at a scrum, resting patiently, like a Border collie, ready for the off when the ball emerged, has remained with me.

How did he restart the game if the players ran into him? A scrum perhaps, or a penalty if he was bundled ungracefully to the ground? Clearly he was a fiercely independent representative of that great English institution – the cherished and treasured teaching eccentric – that the national curriculum, and obsession with A*-A grades, have now made redundant.

Years later, I interviewed a rugby league referee who, unlike many, had a whimsical sense of humour. Rugby league referees are among the most verbally abused officials in modern sport. Especially in junior matches, passions spill over into something more than mere crude insults. It is one of rugby league’s traditions for crowds of partisan supporters regularly, even continuously, to abuse the referee as a reflex action irrespective of his performance in controlling the match. Nowhere does this apply more than in the crucial delineation of the defenders’ onside position at the play-the-ball. Pivotal to the flow of the game, the supporters continually harass the referee with pitiless cries of “Gerram onside”, probably laced with adjectives and nouns best not repeated here.

Finally, the third of this trio of “Merry Whistle Blowers”, as a well-known rugby league television pundit called them, refereed me when I was still playing club rugby in Sheffield several decades ago. A lawyer by profession, he believed every team should be treated with scrupulous fairness by the referee. For him this did not mean making the most careful impartial rulings during the full eighty minutes, but rather trying to keep the score as close as possible. He would even use his controlling position to attempt to craft a draw at the final whistle. In fact, he counted his own match performance a severe disappointment if one side won. He felt he had lost control of the game if there was a victory by a wide margin of points.

If a team scored an early try, he gave their opponents a kickable penalty, following it up with another shortly afterwards if the early try was converted. If you were ahead at half time, you knew you would have the rule book thrown at you in the second half in an attempt to level the scores, whilst your opponents would get away with blatant knock-ons and dodgy forward passes. Your team’s perfectly good tries would be denied on no evidence whatsoever, and if your team built up a considerable lead you might have one of your players sent off for a mystifying breach of the rules. This was all before the ten-minute ‘sin bin’ rule was introduced. He would have loved that. It would have allowed him to finesse the balance of scores by reducing team numbers until defences were so weakened that tries were inevitable.

I had forgotten about Charles for thirty years, until I was recently told about his death. He was one of those club stalwarts who had done every job on the committee. Who, after their own playing days were over, gave an unpaid, selfless contribution to the club and whose enthusiasm kept things going, even in the dark days when morale and support is sapped by none of the teams winning. Such people are the backbone of amateur sport, and, although often unappreciated, frequently make a positive difference to so many individual lives as well.