ADVERTISEMENT‘Billy’ was something of a school treasure, but when I was in his history class in the fifties, he was well past his best. He had gone straight from his school’s sixth form in Bradford to serve on the Western Front and was badly gassed: an experience that left him with a permanent, persistent cough. […] 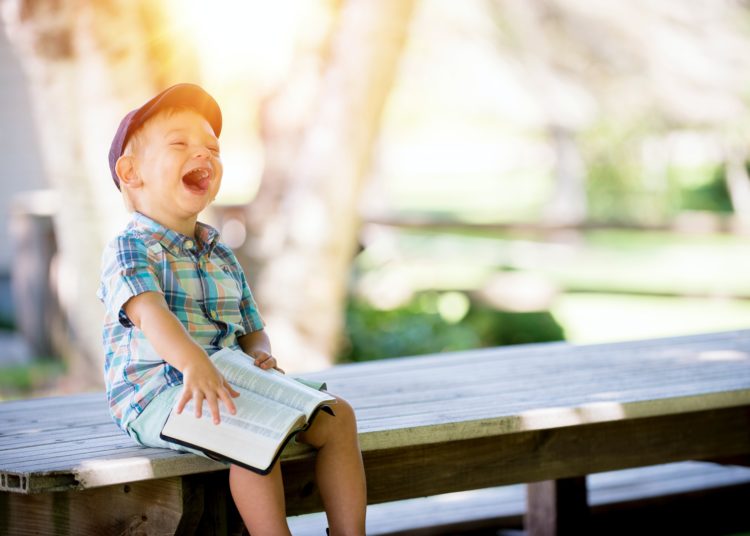 Photo by Ben White on Unsplash

‘Billy’ was something of a school treasure, but when I was in his history class in the fifties, he was well past his best. He had gone straight from his school’s sixth form in Bradford to serve on the Western Front and was badly gassed: an experience that left him with a permanent, persistent cough. After graduating from Leeds University he took up a teaching position at my East Riding school and stayed there for the next four decades.

He had taught the fathers and uncles of some of my classmates, and it was more than probable that his fund of anecdotes about the eminent Britons who had built the Empire was written when he first joined the school, and was never revised. Those rather obsolete stories served as our history syllabus for the years before ‘O’ Level and they finished at the Boer War, as if the fifty-year history of the Twentieth Century was just current affairs and not a proper subject for young pupils to be bothered with.

Billy’s lessons always started late. Because the first ten minutes were taken up with his little sideline of selling foreign stamps sent by indefatigable Old Boys dotted round what was left of the Empire, whilst another 15 minutes were then spent chalking up his notes on the board.

There was no discussion, no attempt to place the exploits of the Clives and Rhodes of this world in context, and certainly no-one thought to challenge any ‘facts’ or received  information. You just copied the notes into your exercise books, rewrote them as an essay for homework and mugged it up for the next test hoping that you would get a decent mark and thereby avoid any punishment. For although Billy was a decent man who had served the school faithfully, he had grown rather irascible and could be unpredictable in dishing out lines or detentions to the less successful pupils.

One year we were able to convince him that there was an extra boy in the class called Johnson, whom he added to the names in his mark book. After every homework and test it was Billy’s practice to collect the marks orally and we took it in turns to answer for Johnson. As the weeks progressed we got bolder and began to give Johnson higher and higher marks, so that at the end of term Johnson came top of the class. We continued this ruse undetected throughout the rest of the school year, but when examinations loomed we knew we had reached an impasse. So we told Billy that Johnson had mysteriously left the school that week and none of us knew why, or where, he had gone.

Billy would have been most surprised to find that a decade later I had become a history teacher myself at a co-educational West Riding grammar school, whose pupils came from modest suburban homes or were the children of coal miners. I soon found that teachers had a lot of latitude in how they approached the syllabus in those pre-National Curriculum days, while within the confines of their own classroom they were trusted to teach unmolested by any hierarchical system of appraisal or ‘supportive’ mentoring. Provided your room was not in ceaseless chaos, disturbing nearby classes, and your examination results were reasonable, you were allowed to run your class any way you liked.

Fortunately for the junior members of the history department, Donald, our elderly head of department, was an examiner for GCE ‘O’ level examinations for the Joint Northern Universities Board. I was tipped off that he only revised the questions that he knew would be on this year’s paper, and although he would never have dreamt of divulging the contents of that summer’s history papers, you could check his blackboard after a revision lesson and see what topics he had been going over with his class.

Between us we arranged a rota so that after every period when Donald taught an ‘O’ Level class, one of us would call in to his room on some pretext and check out the notes on the blackboard before he could erase them. On reflection what we were doing was marginally illegal, but we just saw it as justifiable intelligence work on behalf of our own pupils. After all, they still had to learn the information and write the answers when they were in the exam room, we were only giving them a fair wind and the same chances as Donald’s class was enjoying.

Almost two decades later, after I had returned from teaching abroad, I was back at the same school that was now a 2,000+ Sheffield comprehensive. On a whim, I decided to be a little creative with the history syllabus I was teaching to a class of 13 year olds. I am now unclear into which century I pitched the story of the wicked and rapacious King Charles the Third, who had usurped the throne by banishing his fragile old mother to a sinister far-away land called Battenburg. During his short reign Charles III had become so unpopular that he was overthrown at the Battle of Milton Keynes by a band of politically aware barons known as the Bamdusters, led by the redoubtable patriot and radical thinker Sir Guy of Gibson. While attempting to escape from the battlefield masquerading as a simple peasant girl called Camilla, Charles was blown up trying to cross a dam and was killed.

In a subsequent lesson I went on to describe how Sir Guy had offered the crown to the infant heir to the throne who became William the Fifth, while he ruled as the Regent from his castle at Lancaster, repealing taxes and generally giving the common folk of England a bit of a leg up. By the second week I was getting nervous that some parent might get an inkling of what was going on, but nothing happened and I was emboldened to test the class on the recent volume of history they had just been studying. The brighter children got ten out of ten and even the usual suspects did rather well.  I had clearly fired their imagination for this entirely fabricated period of English history, but I was beginning to panic.

Teachers were still allowed a great deal of freedom in those pre-National Curriculum days but not as much as I was taking. At the start of the third week I came clean and told my class that they had been specially chosen to be part of a major experiment to demonstrate the importance of not accepting what you were taught as gospel. Rather, that history could be twisted by unscrupulous people for their own advantage and that they must always check their sources of information and form their own judgements about what happened in the past.

I thought I had been incredibly clever in getting ‘out of gaol’, possibly literally, and that perhaps this exercise should be part of every history syllabus, until I realised I had not convinced all the pupils. One awkward girl, who had done well in the test, insisted that she had heard of King Charles the Third, while a boy at the back of the class protested that he had seen a film about Guy Gibson and another boy said he had an aunt who lived in Milton Keynes.

John Cornwell was born in Hull in 1939. He was deputy leader of the South Yorkshire County Council, chair of Sheffield’s Crucible and Lyceum Theatres and vice-chair of the Yorkshire and Humberside Sports Council. In retirement he has written twenty books and a number of poems. He lives in Sheffield.