Angela Reid walks through the alternative "nights out" we can experience during lockdown! 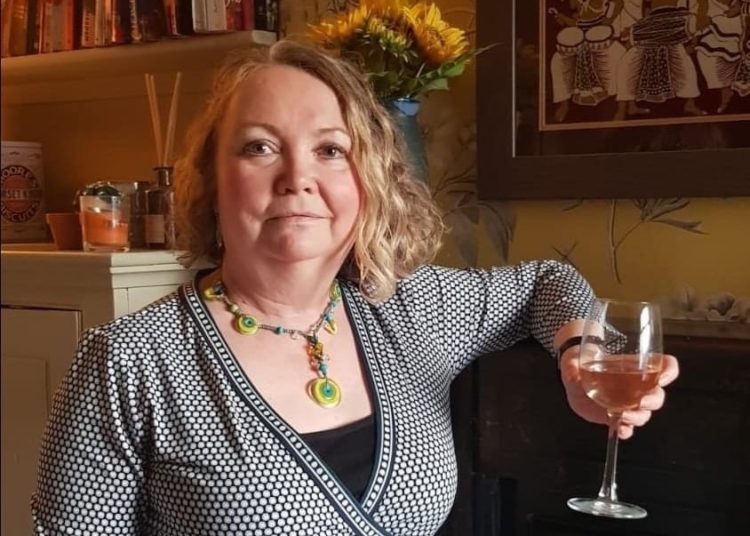 The author enjoying a grand night out …

Isabel and I had just had a grand night out seeing Cabaret in February. In March I started to get emails from theatres about cancelled shows. Lockdown came. I love a plan, so I set times and ‘dress-up’ for something to do and to break the blurring of day-to-day life.

I heard about One Man Two Guv’nors being streamed on YouTube and Saturday night became our theatre night. No GCSEs and working from home meant pyjamas and yoga pants had become our normal. Theatre night created a routine that could reflect going out as much as possible; getting properly dressed, dinner, arrival, drinks at the bar and curtain up at 7pm.

If we were running behind, we hurried up or we wouldn’t be allowed in.

What I liked was that we were together, getting ready on time and talking about a new experience. Isabel looked lovely; Steve put a shirt on; I wore shoes. Saturday is the only day when I am not in slippers or trainers and I love shoes. The bar was less crowded than usual. I put in my interval order with the barman – who offered table service.

We were really lucky that the first National Theatre play was so good. One Man is funny, physical, charming.

It has to be a play, it isn’t like a film or a TV drama – it relies on the tension of people behind doors or scenery and the audience being complicit in the confusion.

We have done the same for many of the National Theatre productions since then. I like that it feels like a play and different to film. The scenery is always interesting and moves with the performance, it was really clever in Treasure Island. The musical breaks support the pace – where a band comes on stage as things move about.

Sometimes you see an extraordinary performance – Tamsin Grieg as Malvolia in Twelfth Night, or Mark Gatiss in The Madness of George III – simply stunning.

The ones less successful are those that don’t feel like a production. We watched The Wiz, it was polished and perfect. It was filmed on stage, without an audience. The tech brought us the gift of seeing and hearing great performers but it didn’t give a connection into the experience, it could have been the film.

I am grateful for the technology being able to bring a sense of shared experience that wouldn’t have happened five years ago. But though we enjoy the productions, the energy of the audience is missing; it feels like a holding pattern of life.

The tech brings everything you need to transact a performance – actors, scenery, music, humour. But ultimately it lacks something human and emotional, which is the feeling that I was there and felt something unrepeatable.

I receive through the screen but don’t give or interact. I am often irritated by the crisp eating, singing along, texting audience but that feels like real life – those you like and those you don’t. It creates a set of stories. If Isabel eats crisps I just turn the volume up.

I have enjoyed many productions of high quality. The weekly change of show has given us a reason to create our own little Saturday event. But as soon as theatres reopen I will be the first back. The tube has made me realise how joyful the human experience is and I can’t wait to see how we interpret this strange time we have all been through.