There are many quotes attributed to Winston Churchill, and this one may or may not be true, but I like it all the same. When the prime minister was advised by one of his aides in February 1945 that a guards officer had been arrested after being caught in Hyde Park in an uncompromising situation during the early hours of the morning, Mr Churchill is said to have replied “Hyde Park in February, good God! it makes one proud to be British”.

The British are a hardy and adaptable race and seem to find a way of coming together to cope with adversity that is heart-warming to experience. I am proud to be British and of the British attitude that has integrated millions of immigrants and visitors for thousands of years. I am also proud to be English, and I am very proud to be a Yorkshire man, proud of Huddersfield and Golcar.

They say that pride is a sin; I don’t care – I am still proud, and enthusiastically patriotic without (I hope) being nationalistic. We should be very proud of wherever we come from. I have even heard that there are people who are proud of coming from that other place down south.

However, certain groups have kidnapped our union flag for their own political agendas. They profess to be British, and they often claim to be indigenous, when in fact there is no such thing in Britain and hasn’t been for thousands of years.

We have a background moulded by the Romans, Danes, Germans, Normans and, more recently, from every corner of the world. I’m sure that there is no more cosmopolitan nation in the world than Britain, and we are much the richer for it. I recently had my DNA analysed, and it showed that I was 56 percent Scandinavian and 1 percent Ashkenazy Jew. I had no idea what an Ashkenazy Jew was. I now know and of course am proud of it.

Our Union Flag represents the joining of nations together in unity more than any other national flag; it contains the flags of St George (England), St Andrew (Scotland) and St Patrick (Ireland).

The Union flag or Union Jack has been developed for over three hundred years until the flag we know now was finally approved by parliament in 1908. The first Union flag was a combination of the English red vertical cross on a white background, placed on top of the Scottish white diagonal cross on a blue background. It was designed when King James VI of Scotland became King James I of England in 1603.

This flag was almost exclusively flown at sea and is where the name Union Jack came from, as it was flown from the ship’s jack staff (flagpole). The two nations were officially united in 1707 by the Act of Union, during the reign of Queen Anne.

The flag was then increasingly flown on land. The union of Ireland and Great Britain in 1808 brought about another change with the addition of the Irish red diagonal cross on a white background. 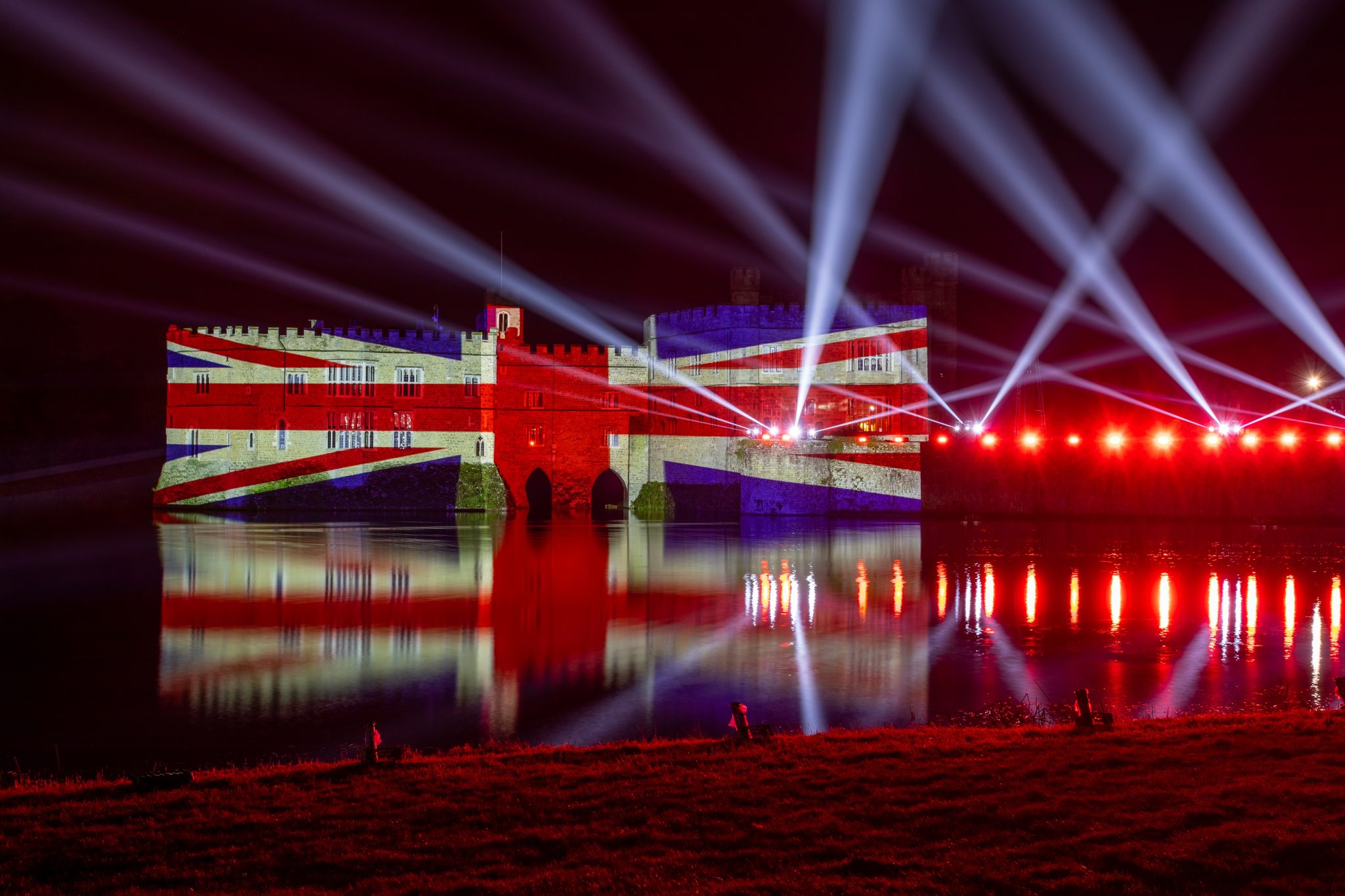 The reason why Wales doesn’t contribute anything to the national flag of The United Kingdom of Great Britain and Northern Ireland is because the principality of Wales already formed part of England before the Act of Union.

There may appear to be too many white crosses on the flag. This is because, as laid down by the etiquette in heraldry, any primary colours (in this case red and blue) must be separated by a white border.

The flag therefore shows a wider Scottish white diagonal cross above the red diagonal Irish cross on the left and below it on the right when shown on paper or against the staff. The additional thinner white stripes ensure that national flags and primary colours do not touch each other.

This is why there is a correct and incorrect way to fly the flag, and why I find myself being niggled when flags are flown upside-down, particularly by groups who profess to be British. I am also niggled when this happens on official buildings, and by filmmakers who show soldiers flying the flag upside down, which would never happen in the military.

Of the three images of the British or Union (Jack) flag, the one on the left is correct and the other two are incorrect. It is subtle but very important. The easiest clue is the broad white diagonal stripe should be on the top left or next to the flagpole, if viewed from a different angle.

When I get onto my soapbox (or at least, that’s what it can sound like when I start harping on – and never let it be said that I don’t have opinions), and on the fairly boring subject of national pride, I will ask this question: do you know the floral emblem of England?

It works best when I ensure the person I’m asking is English. When there’s a vague look, I ask if they know the floral emblems of Scotland, Ireland and Wales and they will usually have a reasonable stab at thistle, shamrock (three leafed clover) and the daffodil or leek but are stumped with their own.

I’ve tried to analyse why that is so, without success. It could be that the others have more national pride because they’ve felt threatened by English dominance over the centuries and therefore advertise their national identity and emblems more than the English.

The answer is the Tudor rose – which is a red and white rose – brought about when Henry Tudor married Elizabeth of York in January 1486.

The flag on the right is the Yorkshire rose. According to the certificate issued in 2008 by the chief vexillologist of the Flag Institute, it is a double heraldic rose with green sepals and a gold centre. Originally it had a dark blue background, but this drifted towards light blue, which it is now fixed at since the flag’s official recognition. As seen in the image, the petal should be at the top, but the sepal is often shown at the top in the East Riding.

In my humble opinion, the England rugby union shirt emblem does not appear to be red and white enough for my liking. To me it appears to be the red rose of Lancashire, annoying for a Yorkshireman and probably indeed for everyone, since there are two types of people in this world: people who come from Yorkshire, and people who wished they came from Yorkshire.