Thousands of miles away in British Columbia, the Canadian government is failing to stop the complete eradication of the last old-growth heritage western cedar in a rainforest area that is as unique and important as the Amazon for a healthy planet.

In Fairy Creek on Vancouver Island, this policy and action is being challenged by activists of all backgrounds, trying to stop the final and irreversible extraction of these heritage trees.

The company Teal-Jones, through timber logging permitted by the provincial government (the ‘bad fairies’), plans to remove all such trees for shingles and construction. This is a $20m programme of extinction of heritage first growth trees.

The ‘good fairies’ – the elders, the First Nations indigenous, the families and children and young people – are in peaceful protest and blockade to this felling to the last 2 percent of first growth western cedar trees.

They call themselves the rainforest defenders.

‘Enough is enough’ is the focus of non-violent blockades, with over 300 people arrested by Royal Canadian Mounted Police (RCMP).

First-hand experience of the blockade to protect the rainforests

I spent last week at Fairy Creek again. There are several camps spread out. The conditions are rough: no water, no proper toilets. They have built their own pit toilets from which you get to look over a valley and have a wonderful view.

I am getting used to hand sanitiser and having to climb down a steep rough trail to a beautiful creek for my shower, and then I am dusty and dirty when I manage to climb back up again.

Fin, my dog, unfortunately has to remain leashed all the time as he can chase cars (I never know which he prefers to chase), and because the woods here are used as human bathrooms he will seek this out and dig down to the finest kind of delicacy a dog can get and the grossest thing humans can imagine.

He does get some nice walks within the rainforest where he can run and play with other dogs, and he is quite a hit with the RCMP who he luckily has not taken a noisy dislike to.

I’ve been involved in ‘missions’ which start at 3.30am to get the ‘hard block’ in before the loggers start work and locking folks in at small bridges (as it has sides at each end to lock to and they are locked within tubes to each other). The other blocks are ‘sleeping dragons’ which are holes dug down with a PVC pipe then cemented in and then the dirt replaced and then the RCMP have to dig for a good while (drill) to release the person from the block. 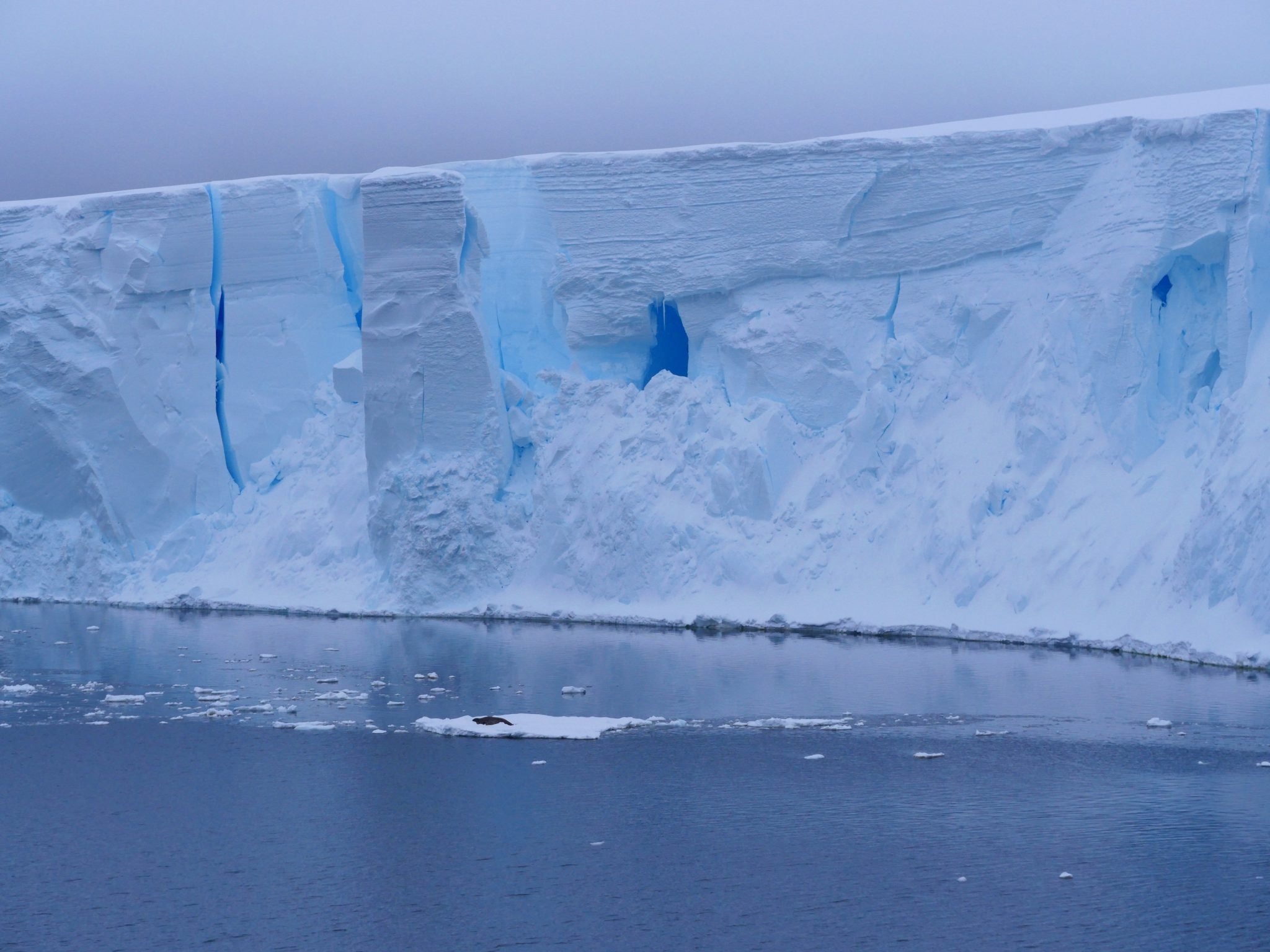 Now we have more and more people willing to be arrested arriving at the camps. So much so that the police can’t manage them, so we have this odd dynamic with the cops saying well “we’re going now, have a nice day” and the locked-in people saying “please arrest us”.

Some of those coming back from hard blocks where they’ve not been arrested, have said some of the cops are sympathetic to the cause. So that gives us a more positive view, though it still leaves me feeling very much like I live in a police state.

We have nine years left in which to mitigate the changes that climate change will have on our planet. If we succeed in this, it would mean life could continue in a way that will be manageable for the next generation, and we may perhaps offset the mass species extinction that is most definitely coming if we do nothing.

When I’m not at the blockade, I’m at home writing and phoning. When I’m at Fairy Creek, I’m profoundly moved by all the people there: young, old, handicapped, gay, straight, two spirited, settlers, First Nations working nonstop day and night with such intent and purpose.

…And the ‘bad’ fairies

Beth MacNeil, assistant deputy minister of Canadian Forest Service and Natural Resources Canada, replied to our letter asking for their input on the destruction to the rainforest. She said:

“Canada’s laws are among the strictest in the world and third-party certification attests to the integrity of our forest management practices. In fact, Canada is home to 36% of the world’s certified forests.

She added, “The Government of Canada is advancing work to plant two billion trees over the next 10 years to take action to combat climate change”.

But for the survival of our planet, new trees cannot hope to replace old-growth trees, even the two billion trees Canada has only just started to think about planting across the country. Such trees have created a balance critical ecosystem over hundreds of years. These invisible systems provide a food and shelter for wildlife, water purification abilities reducing contamination of water and its role in absorbing CO2 from our atmosphere and storing carbon in its wood mass.

So cutting a tree down will mean another 800 years to regain this function just at a time when we need the biggest carbon capture possible ever.

Inspiring others to take action

Fairy Creek is possibly the most inspiring place I’ve ever been a part of, but also the saddest in terms of understanding just how much destruction has taken place in nature at the hands of humankind.

There’s a continuous supply of donations coming: food, tools etc. I sometimes help at the intake desk. One evening, a guy stopped on a motorbike and passed on a small bag of donations. He said it wasn’t much as he didn’t have a great job, but this is what he could give. He stopped and chatted and thanked us.

Things like that just bring tears to my eyes. His small act of faith contrasts with the actions of the government that’s betrayed its people in supporting corporations like Teal Jones and Western Forest Products. These companies prioritise profit while selling the next generation and the last of these natural cathedrals of wonder into the flames of global warming.

The massive rainforests of British Columbia are as much the lungs of our planet as are the Brazilian forests, and they can still be saved. As long as there’s a chance and these incredible folks are chaining themselves up, and sitting in trees and other crazy things, I’ll be there doing what I can.

More on this story can be found via photographer Chris Istace’s website.