Y20 summit: the country may be obsessing about the fate of the Tory party but for many young people their political obsessions lie elsewhere 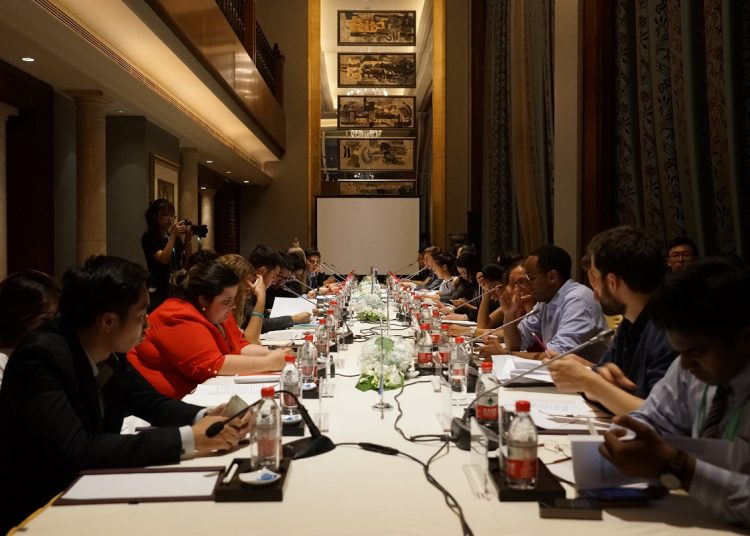 Political parties are interesting to a point, but the tribalism holds little appeal and the old way of doing politics is even less attractive to a generation who are not just keyboard warriors but can take to the street when they need to.

My generation has grown up in a world that has afforded us amazing technology from the day we were born and has allowed us to be more socially connected. But it has also granted us reams of information which keep us all too informed about the problems we are facing.

Many of us are worried about our skills and job prospects, the rapidly changing geopolitical landscape and what that means for a peaceful future. And we are terrified about the implications of climate change on our physical environment and the consequences that government inaction will have on our futures.

So, instead of looking inward and obsessing over the Conservative Party’s leadership contest this weekend, I’ll be focusing on the things that matter, and discussing how governments across the G20 can design policies that deliver for young people. On Friday, I will be flying to Jakarta to attend the Y20 conference.

Y20 is the G20’s youth summit, which brings together young people from across the world to negotiate and present policy recommendations to G20 world leaders. I am a UK delegate to the Y20 this year, responsible for developing UK youth’s policy position on ‘digital transformation’.

The three other UK delegates and I were selected in January this year and have spent dozens of hours researching, negotiating, and developing working papers, collaborating with delegates from the other G20 countries. It has been difficult juggling a full-time job alongside this work, but I’ve found the process enriching and fascinating.

Interestingly, my initial policy position has changed due to on and off-the-record discussions, and I know the same is true for other delegates. Through in-depth debate and discussion, I have learned how young people’s struggles vary across the G20 countries, but perhaps most importantly, I have learned how we all face similar challenges and fears.

If we work together, we can make a difference

Despite coming from different backgrounds, the Y20 delegates are connected by a core belief that things can change, that we can make a difference, and that governments can listen to young people’s concerns and enact policies that reflect them.

To many, believing that things can change is naïve and idealistic, and perhaps it is. But it shouldn’t be. The Y20 is a rare international youth policy-making opportunity with a strong and established link to world leaders. And yet even here, it is rare that the UK adopts recommendations explicitly proposed by Y20 UK delegates and our proposals are often watered down and combined with policy recommendations from other groups. In addition, we struggle to get media coverage in the UK and to engage meaningfully with MPs and policymakers.

Encourage young people to engage in the democratic process

And this matters. It matters because young people who engage with activism are at the beginning of their lives and often have vast amounts of enthusiasm and drive to make a difference. We are at the critical stage where behaviours can become habitual and permanent; just as research has shown that those who vote in their first three elections will vote for the rest of their lives, we know that to master the process of democratic engagement, we have to practice these behaviours.

When society responds with cynicism to young people who engage, or when people ignore our ideas, we receive the message that we don’t matter. This leads to apathy and disengagement. This has a very real impact on individuals’ self-esteem, but it also has implications for the future strength of democracies. If we don’t give younger generations the opportunity to engage in democratic processes, we create self-fulfilling prophecies where those who need democracy to work for them the most, find themselves distrustful of the government and disengaged from formal electoral processes. 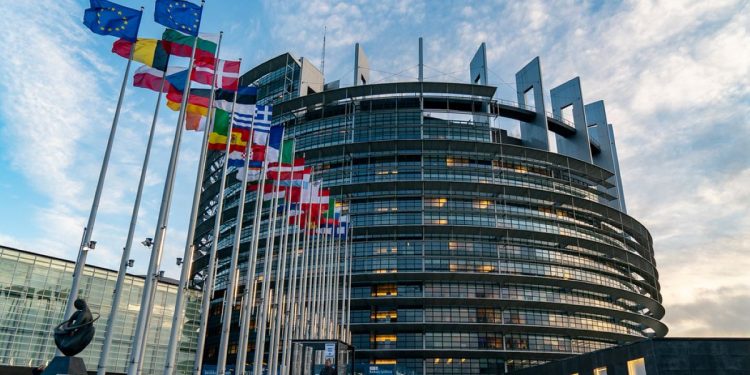 What do young people care about?

We know that young people care. My fellow delegates are just small examples of that, but even in Sheffield, where I’m from, there are countless young people trying to make their voices heard. This year in Sheffield, 12,135 young people aged 11–18 voted to choose their members of the Youth Cabinet, and over 6,000 young people voted in ‘Make Your Mark’, the UK’s largest youth consultation.

And what did young people in Sheffield care about? ‘Jobs, money, homes and opportunities’, ‘health and wellbeing’ and ‘education and learning’. These aren’t the stereotypical ‘youth issues’ that people tend to assume we want to discuss, instead the ballot reveals that like many people across the world, we have serious concerns about what our futures will look like.

Many readers won’t have heard of the Sheffield Youth Cabinet, or the Sheffield Youth Parliament. I know about these initiatives because as a teenager, it was these opportunities that gave me the skills and confidence to campaign for change. I know how valuable it can be to be given the opportunity to voice your opinion, and for it to be treated with respect. But I also understand how quickly motivation can disappear when petitions, meetings, letters and consultations lead to nothing ever changing.

Break the cycle of apathy

Many people in our country feel ignored and unheard. They feel that politics will never be able to deliver change to their lives. But when it comes to the younger generation in particular, we need to seize the opportunity to break cycles of apathy and once again adopt policies driven by their visions for the future.

I don’t know how we engage every one of the millions of young people under the age of 25 in the UK, but I do know where we should start. We should listen to our youth engagement groups sure, but more importantly, we should invite them to meaningfully influence policy and provide them with the resources they need to thrive. What is clear is that we as young people need to be given the power to affect our futures because, after all, we are it.

Eleri has been an advocate for youth empowerment and engagement since she was a teenager and is this year’s UKs digital transformation delegate to the Y20. She studied social sciences with data science at UCL, and currently works for a Sheffield Member of Parliament. She believes that problems in society must be addressed from an interdisciplinary perspective, and since graduating, she has sought opportunities to develop her skills and knowledge in advocacy, policy research and campaigning.