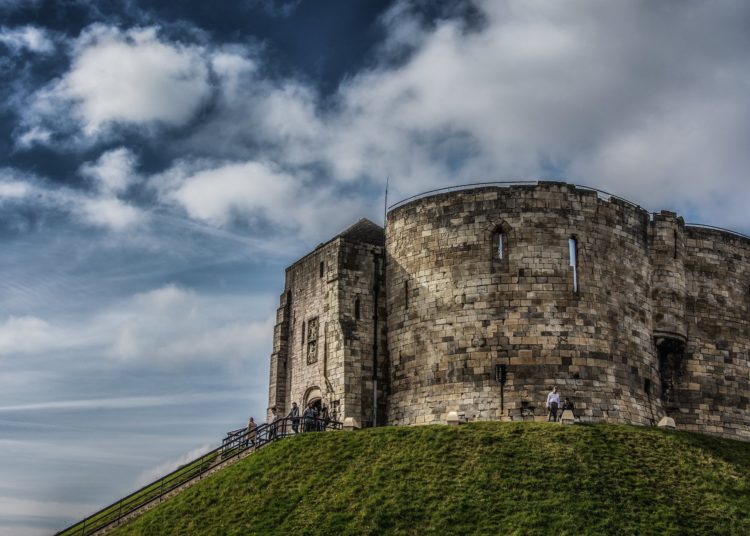 “York” by Phil Fiddyment is licensed under CC BY 2.0

On 9 May, a months-long consultation finally came to an end, marking the close of the latest stage of the process of devolving powers to North Yorkshire. During this time, the Department for Communities and Local Government has invited comment from the public as to how they want power divided in the county.

The process will involve a number of stages. As things stand, North Yorkshire is split in two: on the one hand is the City of York, governed as an independent unitary authority, and on the other is North Yorkshire County Council (NYCC), and its seven district councils.

The first stage of involves getting rid of these district councils, and replacing them with two unitary authorities. Once the two unitary authorities are agreed, they would be governed by an overarching combined authority, led by an elected mayor. This is the same model as has been used in both South and West Yorkshire.

How to divide North Yorkshire

However, disputes have arisen throughout the process as to how to divide North Yorkshire.

One proposal involves making the seven districts into one unitary authority, and keeping the City of York as it is. This is supported by City of York Council and NYCC. The other, supported by most of the district councils, involves splitting the county on an East/West division. Both sides have claimed their proposal will save taxpayers money, although neither has made an overwhelmingly compelling case.

I spoke with John Harris about the proposals. Harris, who was previously chief executive at South Yorkshire County Council, is an expert in devolution. He is part of One Yorkshire, a group whose long-term aim is to create a regional government for the whole of Yorkshire.

For him, although this stage of devolution is important, it isn’t enough: “This is really just second-class devolution. I want a federal system, and root and branch devolution, where revenue-raising and decision-making was absolutely built into the system.”

A flawed approach of devolution

I ask him a little more about the government’s proposition. He says that while simplifying down the council structures is a good thing, he doesn’t believe this will result in more powers for local government:

“I think that the government are reluctant adherents to the concept of what they regard as devolution. We’re a very centralised country, and I don’t think that the idea of local power is one which sits well with Westminster.”

There are some wider suspicions about these arrangements. The plan for the mostly Conservative district councils to subsume the more progressive York into a more rural unitary authority seems like an effective way of reducing left-wing power within the region. Harris agrees with this concern to some extent, but raises a further point.

Moreover, the proposal of the county and city councils, he argues, creates a size imbalance. The county council would be by far the largest unitary authority ever created, and the city one would be smaller than the minimum population requirement set by the government, of 300,000 people.

However, the East/West division combines communities whose needs are completely different. A unitary authority, he argues, shouldn’t have to deal with seaside Scarborough and the more urban Selby.

Instead, Harris has a third solution. He proposes supplementing York’s unitary authority with Harrogate and Selby, towns that, like York, are in Leeds’ economic zone. Then the northern, more rural districts could band together likewise. This would create a pair of authorities that would be similar in both size and nature.

Harris has little hope that his proposal will be adopted though, at least in the short-term. The government has indicated that reviewing the boundaries would take at least 18 months, and the priority for now is creating the combined authority, and elected mayor.

The benefits of devolution

To some extent, Harris agrees. For him, the first priority is the creation of the mayoral position, which can then act as a strong advocate for the region:

“I’m keen for an executive mayor for purely pragmatic reasons, on the basis that you accept whatever is available and hope to build on it.

“If you have a mayor for each of the four counties, and they work together closely, you’ve got exactly the sort of arrangement that leads into a One Yorkshire.”

The future of devolution

Harris recalls the days when leaders of the various county councils of Yorkshire met on a governance board to represent the region.

“I loved working on a regional basis. There were sharp differences when it came to political control, but people were amazed as to how well people got on. You concentrated on the things that you agreed on, and you put to one side the things which you didn’t agree on”

With four mayors representing the different counties of Yorkshire, an arrangement like this wouldn’t be unimaginable.

North Yorkshire devolution is far from complete: at this rate, it’s unlikely that an elected mayor will be in place before May 2022. Yet these moves still represent some progress. Looking across the Pennines at Greater Manchester, 10 years of successive devolution deals has helped to make the area one of the most dynamic and exciting in the country.

If the same can be done for North Yorkshire, and for Yorkshire as a whole, then 2021 might mark a sea change in the devolution process.