Labour needs to be in a position to offer the British public an alternative to the damaging Brexit deal and should abstain in any vote. 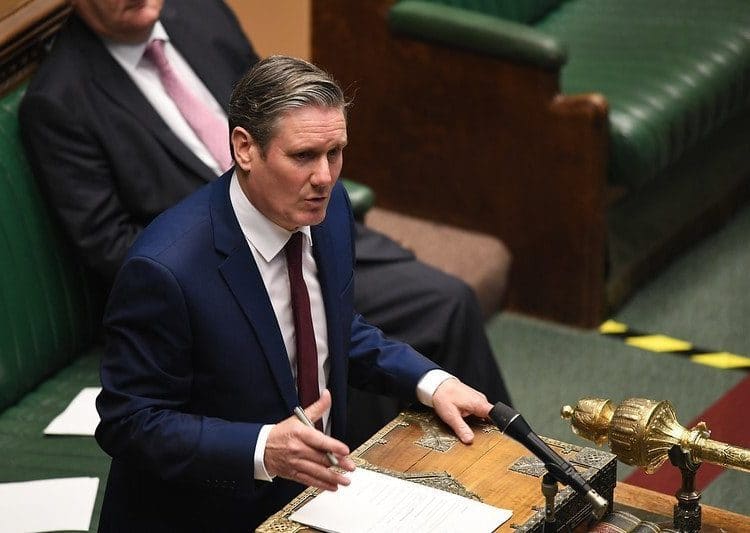 Rishi Sunak’s spending review was notable for a number of reasons. First among them is the appalling economic outcome of the government’s mishandling of the pandemic. They will blame the resulting recession and job losses on the pandemic but that does not explain why the UK economy has suffered worse outcomes than any other major economy. The fatal combination of locking down late – not once but twice – tragically led to more deaths and longer, harder lockdowns than comparable nations. As a result, the economy will contract by 11.3 percent this year, the largest fall for over 300 years.

The second reason the chancellor’s statement stood out was that there was no reference to Brexit. We still do not know whether there will be an agreement between the UK and EU, but either way the economy will suffer damage that will long outlast harm from the pandemic. For Sunak not to mention this imminent, self-inflicted second blow, is astounding.

The government once thought it would be able to hide Brexit impacts in the midst of the pandemic fallout, but Brexit will harm parts of the economy left untouched by coronavirus. The pandemic hit in-person services like hospitality, entertainment and transport. Sectors like manufacturing and financial services were able to defend themselves by having staff work from home or socially distance.

All that changes on 1 January. We left the EU ten months ago and have been in the departure lounge ever since – benefitting from continued membership of the single market and customs union. The plan was that the transition period would be used to make law the provisional agreement on the future relationship that Johnson agreed late last year – but he ripped that apart within days of our EU departure.

Since then, negotiations have been in stalemate – Johnson desperate to keep some access to the European market but refusing to agree to demands that the EU sees as a prerequisite of free and fair competition. With days left to go, we still do not know whether Johnson will back down or choose the even deeper harm to the economy that comes with no deal.

What does this mean for Yorkshire? The sad truth is that poorer and more vulnerable regions of the UK will lose out most, including poorer regions in Yorkshire. Yorkshire is home to all six of the most at risk industries identified in a recent report – aerospace, automotive, pharmaceuticals, food and shipbuilding. Barnsley, Scunthorpe, Dewsbury, Don Valley, Keighley and Wakefield are just some of the areas to be hard hit.

Yorkshire has almost 300,000 manufacturing jobs. Our region is among those that will be hardest hit by Brexit – a fall of between 5 percent and 8 percent. These numbers translate into a severe economic hit and, given the new trade barriers chosen by the government, job losses in manufacturing. At least some of those 300,000 jobs will be lost as manufacturers find that it is no longer viable to continue. When they do, it is estimated that for each one, seven more jobs will be lost in Yorkshire supply chain businesses.

But the coming harm goes beyond manufacturing. Farming, a huge part of the Yorkshire economy, faces its own crisis. Government pledges to preserve food and farming standards will not prevent the import of lower-standard products and could spell potential disaster for farmers. Ministers have the power to change the rules on food imports without parliamentary votes or robust scrutiny. Low standard imports will be sold more cheaply than UK farmed products, potentially putting our farmers out of business and public health at risk as low quality food is allowed into the UK for the first time in decades.

What does all this have to do with Labour? However you voted in the Brexit referendum the coming harm should fill you with horror. I doubt any Leave voter in 2016 envisaged lost jobs or lower food standards. As the opposition, it is Labour’s job to speak out against harm inflicted on the country, and on poorer communities in particular.

All the more reason then to be worried by reports that Labour could vote for Johnson’s deal – assuming one is agreed at the eleventh hour. In doing so, Labour hopes to win a reset with the Leave voters it lost at the last election – but this ignores that these voters were motivated more by dislike of Jeremy Corbyn and Tory promises of more nurses, hospitals and police officers than they were Brexit. Winning their votes back now depends on defending their jobs and livelihoods, not by refusal to oppose what Labour admits is a bad deal for Britain.

Labour is arguably now behind public opinion. Record numbers now believe that the decision to leave the EU was a mistake. The divisions of a year ago have morphed into shared concern that Brexit is more trouble than its worth. In focus groups, Leavers now express little confidence in the government’s ability to handle Brexit – the damage becoming clear is changing opinions. “Don’t you think we’ve shot ourselves in the foot?”, one Leave voter asked.

Instead of backing Johnson’s harmful deal Labour would be wise to abstain in any parliamentary vote. Doing so would remove the risk of no deal on the back of an ERG rebellion, but leave Labour clear to criticise the negotiating failure that Johnson’s deal will represent.

The next four years will be dominated by the damaging results of Brexit. As the harm becomes clear, the public will be looking for an alternative. Labour needs to be in a position to offer it – not hampered by voting for a deal that it knows already is bad for Britain.