Will the next Grenfell happen in Yorkshire?

Little has been done to prevent another Grenfell tower fire, research from the Labour party revealed as they pressured the government to act. With millions of people still living in blocks with unsafe cladding, more needs to be done to make these fit for habitation, Alex Toal writes. 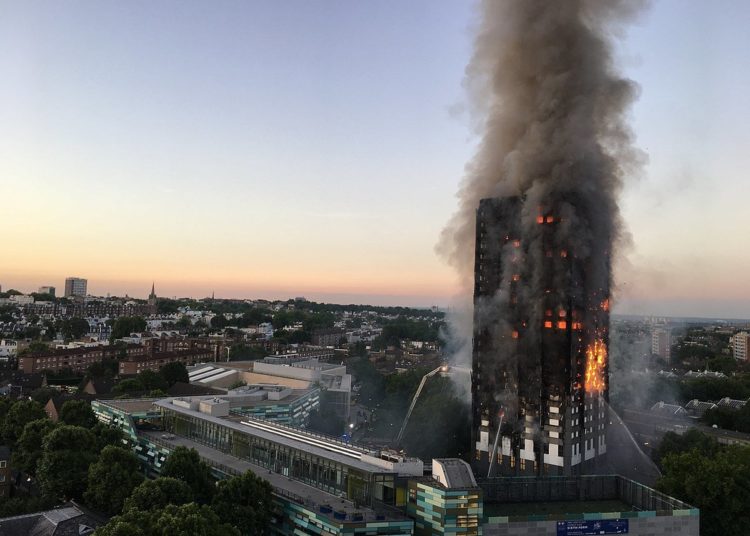 The Grenfell Tower fire was one of the worst tragedies in recent history. In the worst residential fire in the country since the Second World War, 72 lives of mostly black, Asian, and minority ethnic residents were lost in part because of poor planning regulations and neglectful conduct by the site’s management.

Little has so far been done to learn from the mistakes that led to Grenfell. Although the inquiry into the fire is still ongoing, 46 recommendations were released in the aftermath of its Phase 1 report. Few of these have been implemented.

Most concerning of all is the fact that little of the flammable cladding which exacerbated the fire has been removed from other premises. Recent estimates of how many residences still have cladding vary from 839,000 to 4.6 million. While the government has pledged a £1bn building safety fund to deal with the problem, this amount still falls short of the £15bn required. Moreover, only flats 18m or taller (roughly six floors) are eligible, leaving many residents with no financial support at all.

This means that, more than three years after the deadly fire, between two and 11 million people are still living in unsafe accommodation. These homes cannot be sold or mortgaged, since they are not suitable for human habitation. This leaves their residents trapped in unsafe buildings, unable to foot the costs of removing the cladding.

Twice, the government has failed to meet its deadlines to rid all buildings of cladding, pushing it back from June to December 2020.

Yorkshire is at the epicentre of this emerging crisis. Of the authorities surveyed by the Labour Party, Leeds had the third-highest number of people living in homes with cladding outside of London. The party has identified 15,000 people in West Yorkshire living with cladding in at least 110 buildings, noting that this is almost certainly an underestimate.

Of these 110, the party has found 38 whose residents have to pay vast sums for 24-hour ‘waking watches’ to look out for potential fires, the most of any authority in the country outside of London.

“The Tories have tried to avoid this crisis for too long. Every day that passes puts thousands of people at unnecessary risk and leaves them with unfair costs.

“This has gone on too long. The government needs to get a grip and ensure everyone has a safe, secure place to live”.

This week, the opposition has been pressing the government on the issue, putting an opposition day motion forward to set up an independent taskforce designed to meet six demands:

Speaking to The Guardian ahead of the debate, Shadow Secretary of State for Housing Thangam Debbonaire said:

“If you bought a car and it was found to be dangerous, you wouldn’t be expected to take out a loan to mend it. And this is people’s homes”.

During the debate in parliament, Conservative MPs praised the limited work which government had done, including the paltry £30m ‘waking watch relief fund’. One particular tactic used was to draw attention to the misleading statistic of the removal of 89 percent of aluminium composite material (ACM), the type which led to Grenfell, but which only affects 56,000 people.

They were nonetheless unable to defend the government on the issue, with every Conservative MP abstaining on the opposition day motion, which ultimately passed.

Responding to a request for comment, Shadow Minister for Housing and Planning Mike Amesbury said:

“Three and a half years on from the Grenfell tower tragedy, the fact so many people in Yorkshire still live in dangerously-clad buildings remains a disgrace.

“While the government have repeatedly delayed tackling the cladding crisis, families have been locked down in unsafe flats, unable to sell their homes and facing huge remediation costs.

“Leaseholders across Yorkshire need the government to get a grip on this crisis and ensure everyone has a safe place to live”.

The passage of the non-binding opposition day motion means little though. While Labour has highlighted the government’s slow reaction in this area, the reality remains that there are no new plans to speed up the implementation of cladding, or to cover the substantial costs involved.

Every day that passes increases the risk that another large-scale residential fire will happen, and the chances of it being in Yorkshire are considerable. If the government is serious about levelling up and reducing regional disparity, this should be near the top of their priority list.