At the heart of this issue is the question about what the current Labour Party has to say that is relevant to many of the descendants of workers in factories, mines and mills. It is the votes of such people, updated to the 21st century, that will be key to turning the blue wall red again. 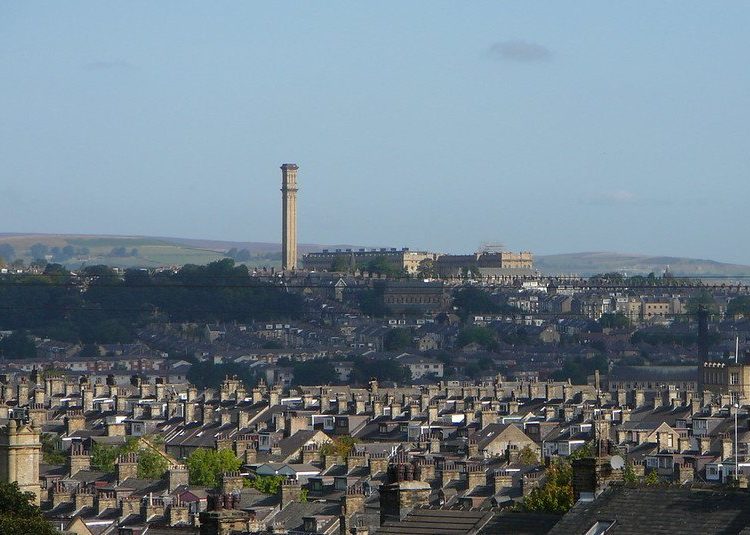 "Manningham Mills 1" by Tim Green aka atoach is licensed under CC BY 2.0

The current skirmishes between different groups within the Labour Party, which have led to its leaked intention to rebrand, have led me to reflect on a research project I carried out a few years ago, focusing on the early Labour movement in South East London. One theme of the research related to the work of the celebrated Christian Socialist and Fabian, Margaret McMillan, and the other to the work of my own great-grandfather as a shop steward on the Deptford docks.

The Labour Party had a long and difficult birth, emerging initially as the Independent Labour Party in 1893. There had been initial concern about merging Trade Union activity with a designated political party. What historians referred to as a “complexity of political geography”, created difficulty for activists attempting to merge the concerns of ideological socialists such as McMillan and the practical aspirations of working people such as my great-grandfather, who frequently had little time, inclination or even the commensurate underpinning education to engage with theoretical socialism.

It has been widely proposed that the rise of socialism in England in the late 19th century was triggered by a simple message spread through socialist pamphlets and meetings: that the welfare of every person was important, regardless of social class, and that this was best achieved through socialist politics. This so-called ‘one nation’ culture of British socialism had a wide populist appeal.

In early 1894, the Spectator reported that at least a thousand men from a wide variety of working-class occupations were present at a meeting in Bradford, addressed by Margaret McMillan – a huge number for the time, particularly for a meeting addressed by a woman.

McMillan grew up in Inverness and began her work for the fledgling Labour movement in the early 1890s. She was employed by the Independent Labour Party in 1893 to deliver an extensive programme of socialist lectures to a wide variety of audiences across Yorkshire and Lancashire.

McMillan also served as an Independent Labour Party representative on the Bradford school board. She campaigned tirelessly for school reform, insisting that it was impossible to educate a tired, dirty, infested, diseased and hungry child, and that it was the duty of a state education system to concern itself with children’s physical welfare.

In her eight years in Bradford, McMillan became a popular local character, introducing an impressive range of reforms to the schools in the area. Bradford author JB Priestley later referred to her as “a nuisance who worked miracles”.

McMillan relocated to London in 1902 and began to lobby parliament to introduce compulsory, state-funded school medicals. This campaign met with success in the Education (Administrative Provisions) Act of 1907. She subsequently opened a children’s clinic, school and nursery school, which offered an education alongside healthy free meals and a garden for outdoor play.

My great-grandfather John Watts was born in 1869 in Deptford, where this initiative was located. He was a lifelong socialist and trade unionist, working as a brass founder for many years. By the time his grandchildren were born, he was the Brass Founders Union secretary in New Cross.

Charles Booth interviewed an unidentified brass foundry shop steward in in 1893 for his ‘Life and Labour of the People in London’ study. The interviewee reported men working a 54-hour week for very low wages, with no job security, in which a slack period meant reduction to part-time hours and even lower pay. Workers over 55 found it hard to stay in employment in the trade, with growing prejudice against them beginning from the time they entered their mid-40s.

John Watts’ surviving grandchildren described him to me as a warm, feisty, public-spirited character, with a fierce dedication to the wellbeing of “the men”. He was well known for wearing his suit and wing collar when he went to negotiate with “the bosses”, because he was determined that the conversations should be between equals.

He was far from a radical or ideologue, but similar to his much better-connected neighbour, Margaret McMillan, he was a passionate, outspoken advocate of social justice and social equality.

His work typifies the practical grassroots element of the early Labour Party, and whilst McMillan began her work with the party as a Christian Socialist ideologue, she found her way to practical action that brought socialism alive for the working-class children and parents who benefitted from her schools.

What cemented affections of the working class of Deptford to John Watts and Margaret McMillan wasn’t an ideologically or radically driven phenomenon, but their very different roles in a movement for social equality, social justice, and the welfare and dignity of the working population.

Moving forward to the 21st century, the fact that huge numbers in this demography are no longer voting for the contemporary Labour Party is a sign that people feel that Labour policies no longer effectively meet these objectives. Many of the disjunctions that have emerged are due to the widening of the ideological/practical divide that created problems at the origins of the Labour Party, represented in the 21st century by the ideological ‘Westminster bubble’ and its increasing distance from the ‘red wall’ working populations who deserted Labour candidates in the 2019 election.

At the heart of this issue is the question about what the current Labour Party has to say that is relevant to many of the descendants of workers in factories, mines and mills. For example, the electrician, plumber or hairdresser moving from gig to gig, workers on zero hour contracts in shops or catering, and to those being exploited by online ‘help’ facilities and warehouses.

Those under 40 have no memories of mass unionised employment, nor any adult memories of Margaret Thatcher’s time in Downing Street. How then, in the 2019 campaign, did Labour leaders expect them to find any meaningful connection with Rebecca Long Bailey’s invocation of “a green industrial revolution … and the reindustrialisation of our regions and nations”?

Basic human aspirations do not change greatly. People yearn to hear from leaders at all levels, from locally active innovators with a national profile such as Margaret McMillan, to activists such as John Watts who can offer nurturance, solidarity and practical support mapped onto day-to-day challenges that are commonly experienced in everyday working lives.

It is the votes of such people, updated to the 21st century, that will be key to turning the ‘Blue Wall’ red again.