Millions of people have already been displaced due to climate change including droughts, natural disasters, and shortages. 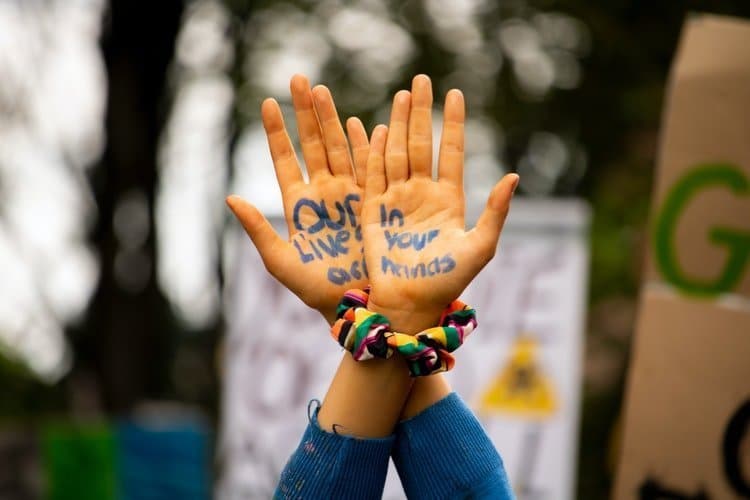 The World Bank’s Groundswell project has provided even more reasons to reduce your carbon footprint – as if there weren’t enough already. The impact of climate change on humans is an increasingly better known area of research; previously, climate change education focused on the devastatingly unfair consequences on animal biospheres, the irreversibly melted polar ice caps, and the earth’s ever-warming atmosphere.

Groundbreaking research has revealed not only how much climate change has already affected millions of human lives, but also how many more it will disturb in the immediate, near, and long-term future. That is, if individuals, companies and governments continue to act in the dire, self-serving manner they have been committed to for decades.

According to an investigative piece by the New York Times, thousands, if not millions, of people have already been displaced as a direct result of climate change. Droughts, natural disasters, and consequential food, water and employment shortages have been forcing people from their homes and their countries for some time now. More often than not, the lifestyles of those ousted from their homes contributed very little to the climate change that so distresses their lives.

The largest contributors to climate change – namely China, the US and India – typically do not feel the full effects of their actions. It is instead the species that are going extinct at 10,000 times the average historical rate, the ocean life that is living in increasingly acidified and polluted waters, and the citizens of more vulnerable countries, predominantly those in southern Africa, who are bearing the brunt of their actions.

According to the new World Bank report ‘Groundswell – Preparing for Internal Climate Migration’, “without urgent global and national climate action, Sub-Saharan Africa, South Asia and Latin America could see more than 140 million people move within their countries’ borders by 2050”.

Without immediate, rigorous preventative action, this number will only increase. By 2070, 19 percent of our landmass will be an uninhabitable hot zone compared with 1 percent today. Only 50 years from now, hot zones will expand to encompass one fifth of the earth’s landmass. This will, beyond a doubt, precipitate the largest and most desperate global migration ever seen.

What does this mean for those countries with relatively stable environments, such as the UK?

For those who still aren’t convinced that this should have anything to do with our lifestyle choices, perhaps the thought of thousands of people turning up on Britain’s doorstep with nowhere else to turn will sway opinion. The choices we have made will rebound on us like a boomerang. In December 2019, non-EU migration reached the highest it has been “since information by citizenship was collected in 2016”. Immigration trends since 2016 have seen a simultaneous increase in non-EU migration and decrease in EU migration.

The New York Times writes that, “The global trend toward building walls could have a profound and lethal effect. Researchers suggest that the annual death toll, globally, from heat alone will eventually rise by 1.5 million. But in this scenario, untold more will also die from starvation, or in the conflicts that arise over tensions that food and water insecurity will bring”.

The New York Times suggests that climate change even had an influence on the outcome on Brexit. “Drought helped push many Syrians into cities before the war, worsening tensions and leading to rising discontent; crop losses led to unemployment that stoked Arab Spring uprisings in Egypt and Libya; Brexit, even, was arguably a ripple effect of the influx of migrants brought to Europe by the wars that followed”.

The pro-leave argument used European immigration rates to propagate a Eurosceptic, nationalist sentiment. Much of the refugee crisis globally was a result of war; and the consequences of climate change – food, water and employment shortages, migration from countryside to cities – exacerbated social tensions within these countries where war eventually broke out. Thus, albeit indirectly, climate change has already started to shape the face of Britain’s future.

According to GreenPeace, “Despite wanting to be seen as a climate leader, the UK government has continued to fall short of what’s needed to meet targets and has not yet prepared the country for the consequences of climate change. There’s still time for them to turn this around – and there are clear things they can do – but they need to take bold action now”.

Promises have been made by UK governments, namely the 2019 Paris Agreement to cut emissions to zero by 2050, and some action has been taken, such as Johnson’s pledge to ban all sales of carbon-emitting vehicles by 2035, five years sooner than the previous agreement of 2040. But is it enough to prevent the catastrophic future we are ever speeding towards?

Next year, the UK will host one of the most important international summits on the climate ever held – the COP26, rescheduled from its original November 2020 date. Whether we like to think about it or not, the future of our planet and all its inhabitants will be in the hands of some 30,000 delegates. With an altogether disappointing record of climate change action, and a current backlog of unsigned policies stacking up in Johnson’s in-tray, I’m not confident in our government’s contribution to the cause of saving the planet, given its legacy of racist remarks and anti-immigration regulations. But the prospect of a looming climate migration might just do more than ruffle the prime minister’s feathers.