The way in which different countries responded to the crisis has been thrown into sharp relief. The American private model, to which the NHS is often compared, has in large measure utterly failed. 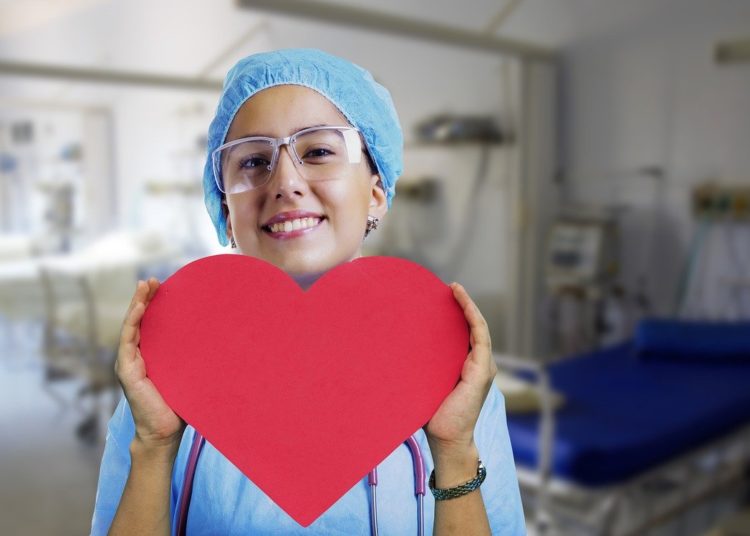 Coronavirus has challenged healthcare systems around the world. The unique pressure of a global pandemic has overwhelmed many. The way in which different countries responded to the crisis has been thrown into sharp relief. The American private model, to which the NHS is often compared, has in large measure utterly failed.

It’s true that our national health service has also struggled at times but as I write, the USA has the greatest toll of infections and deaths from COVID-19 and figures are continuing to rise.

Yet, the USA spends more per capita on healthcare than any other nation and according to the 2019 Global Health Security Index, at 83.5 per cent, they were considered to be the best prepared before the pandemic struck, with the UK second on 77.9 per cent. What it reveals is the sheer inability of a fragmented system of private independent healthcare providers to work together as one in a crisis.

An article in The Atlantic by Ed Young on 25 March was already setting out the scale of the problem facing America, and the shattering of the illusion that it was the readiest of nations. As Young explains, “Despite months of advance warning as the virus spread in other countries, when America was finally tested by COVID-19, it failed.

“With little room to surge during a crisis, America’s healthcare system operates on the assumption that unaffected states can help beleaguered ones in an emergency. That ethic works for localized disasters such as hurricanes or wildfires, but not for a pandemic that is now in all 50 states. Cooperation has given way to competition; some worried hospitals have bought out large quantities of supplies, in the way that panicked consumers have bought out toilet paper.”

Pictures of mass graves being dug in New York revealed third-world levels of poverty and inequality with African-Americans disproportionately affected by the pandemic. That this is happening in the richest country in the world is truly shocking.

The lessons learned on both sides of the Atlantic are hard to predict, but there are already questions being asked about the entire American social model.

From The Atlantic article (my emphasis):

“Perhaps the nation will learn that preparedness isn’t just about masks, vaccines, and tests, but also about fair labor policies and a stable and equal healthcare system. Aspects of America’s identity may need rethinking after COVID-19. Many of the country’s values have seemed to work against it during the pandemic”

Whatever happens with the path of the pandemic, COVID-19 will perhaps shift the argument about healthcare on both sides of the Atlantic away from private provision towards more state-funded systems where common data, shared expertise and resources are better utilised to help patients.

In the race for a vaccine, one of the advantages of a universal service is the ability to carry out large-scale national, randomised trials quickly, which 130 NHS hospitals are currently involved in.

On this side of the pond, the pandemic may change how some Conservative politicians and those on the right are able to portray the NHS.

One of the most influential think tanks in British politics, and a favourite of the Conservative party, is the Institute of Economic Affairs (IEA). The IEA has always regarded the NHS as too publicly owned, too universal, too monolithic and fair game for reform, which in their opinion invariably includes a degree of privatisation.

They have promoted the same agenda consistently over time with articles and papers on Universal healthcare without the NHS, How to structurally reform the NHS and Why no other European country copied the NHS model.

Although not spelled out openly, many (here and here) see these articles as a sort of Trojan horse for American style private healthcare. The IEA’s funding is spectacularly opaque but we know that an organisation called American Friends of the IEA has received money from the U.S.-based Donors Trust and Donors Capital Fund, donor-advised funds (charitable funds where donors retain rights over where there money is invested) which support right-wing libertarian causes.

British American Tobacco also provided funding according to the British Medical Journal as recently as last year. Neil Record the chair of IEA trustees has funded health secretary Matt Hancock to the tune of £32,000, presumably to influence policy towards those favoured by the IEA that have less or even negligible state involvement.

Simon Jenkins wrote in The Guardian a few days ago that the truth of the EU is that it isn’t a real union, because of problems in reaching agreement on a package of regional financial support and assistance. But in healthcare, the USA has shown that it is not a real union either. In contrast, Germany has donated ventilators to the UK and treated French coronavirus victims in German hospitals. Romanian doctors are working in Italy.

NHS shortcomings are openly acknowledged, but the sound of clapping in towns and cities across the UK demonstrates the British admiration and respect for health workers. It is a ringing testament of just how fond we in Britain are of our National Health Service.

Of course this doesn’t apply to everyone.

Note that Andrew Lilico is a fellow of the IEA.

Home education in a pandemic – how we de-schooled almost overnight

Home education in a pandemic - how we de-schooled almost overnight