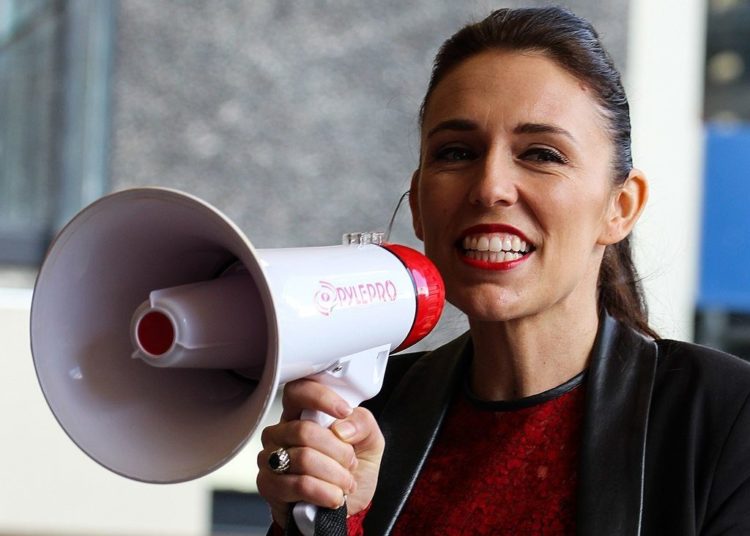 In the advanced economies Jacinda Ardern (New Zealand), Tsai Ing-wen (Taiwan), Sanna Marin (Finland), Mette Frederiksen (Denmark) and Angela Merkel (Germany) have been praised for their management of the crisis. The US, the UK, Italy and Spain, led by men, have had less success in managing the disease although China, Greece and South Korea, also led by men, have done well.

Key to success has been strong control measures largely achieved through public cooperation rather than state coercion. Women leaders took decisive action early and generated widespread support for the measures through good communication. Their effective leadership has been attributed to feminine values or behaviour such as caring and love, as well as more gender-neutral values such as decisiveness and use of technology. While the debate about whether women leaders’ success can be attributed to gender or factors entirely unrelated to it will continue, it is crystal clear that being a woman is no bar to effective crisis management and the number of capable women leaders during this pandemic is sufficiently high to prove each is not an exception.

Although not wanting to detract from these women leaders’ very evident skills, much of their success lies in the willingness of their countries’ citizens, male and female, to be led by them. Leadership is not uni-directional. It is not a matter of a highly skilled person ‘doing’ leadership through oratory or bravery and the masses, seeing the wonder of their leadership, falling in behind their commands. Leadership is not a cluster of skills uniquely combined in a single person but a consensual relationship between the would be leader and the led. It is highly contingent on circumstance and the level of energy and commitment key actors give to making the relationship work. As the furore about Boris Johnson’s handling of Dominic Cummings’ breach of the coronavirus guidelines shows, leadership is negotiated, day by day. It is not something a leader ‘has’ but something to be earned.

Jacinda Ardern was not elected in New Zealand because she was a woman or because of her outstanding qualities. She was elected because there were a sufficient number of citizens, with whom her beliefs and behaviours were congruent and who were prepared to be led by her. Rather than seek to classify and enumerate the characteristics these women leaders have individually and collectively, it might be more fruitful to consider the characteristics of a society that can form a productive relationship with a female leader.

The UK government has had two female leaders but in neither case did this reveal a country at easy with female leadership. Margaret Thatcher was highly regarded because her machismo equalled that of any male. Her adoption of strong political masculinity – going to war, and minimum empathy for those affected by her policies – worked well for her, even as she peered into her housewife’s purse to justify her cuts in welfare expenditure.

In contrast, Theresa May’s more feminine values of compromise – exhibited in her handling of the EU negotiations and with her fractious, divided, mostly male cabinet – lost her the inherited government majority when her leadership was put to the voters in a general election. She was quickly ejected from No 10.

May was replaced with the ultra-masculine Boris Johnson, who consciously rebuffed any hint of compromise within his party, with the EU, or with the electorate with his ‘get Brexit done’ at any price message. He increased the Conservative majority in the 2019 general election, in spite of – or perhaps because of – disenfranchising the more moderate of his MPs who would not support his hard-line approach to Brexit. At the time of the election, opinion polls suggested that women were more disapproving than men of Johnson’s personal and political behaviour and did not trust him. Nonetheless, his support among women was sufficient for him to gain power and be given free rein in government.

Johnson’s masculine crusade has continued. His contempt for femininity was known prior to the general election, having previously condemned other male politicians for being a ‘girly swot’ or a ‘big girl’s blouse’. After the election he could have appointed a more balanced cabinet and ensured women’s voices received more attention across Whitehall, but the reverse has been true. Of his 22 cabinet ministers, only six are women. He also appointed Dominic Cummings as his special adviser, a man whose preference is to “govern through conflict” and who advertised advisers’ jobs as being incompatible with domestic or caring responsibilities, or even to forming relationships – thereby underscoring the traditionally masculine values that underpin this administration.

This valorisation of hyper-masculinity in government appears to be a particularly English phenomenon. In Scotland (and in Northern Ireland and Wales) the picture is somewhat different. The election of Nicola Sturgeon in Scotland and her continued support, albeit contested in the normal political hurly-burly way, suggests a country much more at ease with female and feminine leadership. At one point, the leaders of the three main parties were all women. This indicates a degree of consensus about the capability of women leaders across political divides and a more feminised culture in Scotland than in the UK as a whole.

The concept of gendered national cultures arises from the work of Geert Hofstede initially developed in the 1980s. His ethnographic approach explored cultural differences between countries and regions of the world along four dimensions – equal/unequal, rigidity/flexible, individualism/collectivism and masculinity/femininity. He later added long/short-term orientation. Hofstede evidenced the deeply rooted nature of national cultural characteristics, a ‘mental programme’ that is not easily shifted.

There are some weaknesses to Hofstede’s approach; most notably, the index against which countries are registered is a ‘masculinity’ index thereby establishing it as the norm against which all countries are compared. Nonetheless, it provides a useful explanatory lens through which to explore how some countries seem much better able to live comfortably with women leaders and the possible conditions in which women leaders, or men utilising a more feminine leadership style, will do well.

A feminine culture priorities relationships, family and wellbeing, equality and sharing. It is concerned for the environment, provides help for the weakest and seeks dispute resolution through compromise and negotiation. Feminine countries tend to have a relatively large number of women in elected positions. A masculine culture values material success, admires the strong, is competitive and corrective. It pursues economic growth and spends more on armaments than easing poverty. It has a relatively small number of women in elected positions.

Johnson’s comments about women and Cummings’ job specification are at the extreme ends of a masculine culture where the feminine is devalued and scorned. It is inconceivable that either man would find a place in the government of Sweden, the most feminine culture on Hofstede’s index and the most gender equal society in Europe. Their behaviour tells us something about the UK culture in which these activities can happen. But the behaviour was contested by other segments of the population and even within government, demonstrating that it was not so culturally embedded as to go unnoticed. There is nothing ‘taken for granted’ about these interactions and they found favour only within a limited sphere.

To understand better the masculine characteristics that are deeply embedded in the nation’s culture we need to examine those unremarked and often hidden assumptions underpinning everyday interactions. One such recent event serves this purpose well. In the Commons liaison committee on 28 May, the prime minister answered questions from Caroline Nokes, chair of the women and equalities committee, about the provision of childcare and school closures. Subsequent media focus was restricted to Johnson’s poor performance in answering her questions, contrasting her calm reasonable questioning and Johnson’s bluffing and blustering. The ‘surface’ characteristics of gender were revealed in the exchange.

So ingrained are the assumptions about how the world ‘is’, the understanding shared by both Nokes and Johnson about the role of women in society passed completely unnoticed by the participants or subsequent commentators. Nokes questioned the availability of childcare “so women can get back to work” and, while Johnson seemed not to have an answer for the question, he reiterated the importance of “women going back to work”. The way in which the exchange unfolded revealed the primacy of the economy and the importance of women’s economic role as workers – but only in profit-making work. The emphasis on getting women back to work was stressed by both, as though nursing, teaching, caring, cleaning or looking after children at home were, somehow, not ‘work’.

Neither made any reference to family wellbeing or the needs of children. The responsibility for arranging childcare was clearly seen as lying with women and men were not mentioned at all in the exchange. The questions were also framed and understood as being a ‘woman’s’ problem. Both Nokes and Johnson addressed it as something to be resolved for women but not for men, or even for the more gender-neutral ‘family’. There was almost an assumption that when nurseries and schools were off, women had been sitting at home painting their nails.

The ingrained assumptions about women and men’s roles in the work place and at home demonstrated in this exchange are widely shared across the country, and are culturally embedded. However, Johnson’s overly masculine leadership style has met resistance and seems to be increasingly out of step with the current mood. The lack of substance behind his bluster, previously treated as a charming facet of his character, is now viewed as a weakness in the crisis. The calm, measured approach taken by female leaders such Angela Merkel, totally lacking in hyperbole and false promises, seems very credible and reassuring. Research studies have shown that masculine cultures are more susceptible to advertising and that men tend to trust others more quickly and readily than women, while women put a much higher premium on trustworthy behaviours than men. It may be that the British, having seen other leaders in action, are beginning to see government information as advertising ‘bullshit’ and are becoming increasingly sceptical of government claims.

In parallel, over recent months we have understood better that feminine cultural values of love, care, family, intimacy and relationships are central to our wellbeing and that those who care for others and clean up the bodily fluids that threaten the health of the rest of us are often the most undervalued in our society. Perhaps it is time for our leadership choices to be more congruent with these essential life-protecting feminine values. Are we were capable as a nation of electing a leader, male or female, that could help us realise them?