Winning from Opposition is hard. Labour is entirely right to face towards the future and to have a laser-like focus on winning votes. But it should recognise that giving Johnson space to create a narrative that says the pandemic caused all the harm and Brexit is our ticket to a bright new future will only harm Labour’s chances. 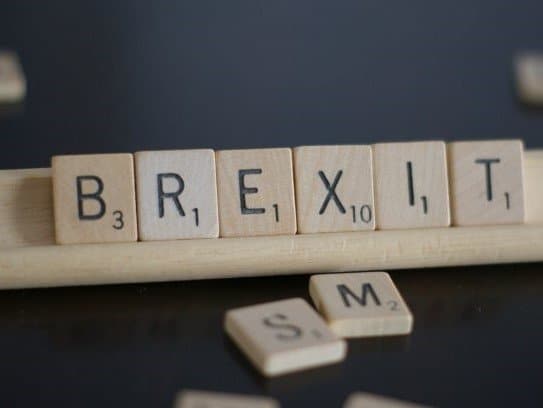 As the biggest rise in trade barriers in history takes hold between the UK and European Union – and within the UK’s own territory because of Boris Johnson’s Great Britain / Northern Ireland customs border – economic bad news grows by the day.

Goods businesses find it hard and in some cases impossible to export goods that were once as easy to transport to Prague as to Portsmouth, while service companies find they are newly unable to sell skills into the single market.

The UK government wants to blame the EU for trade frictions caused by its own decisions. Michel Barnier, the EU’s Brexit negotiator, had to remind the UK that problems faced by businesses are not teething problems, as Michael Gove would have us believe, but the inevitable consequence of Brexit.

“Brexit means Brexit”, Barnier said, arguing that far from being overplayed “many of these consequences have not been correctly explained, they have been generally underestimated”.

In Northern Ireland, always at the forefront of Brexit, economics become politics as Johnson’s new border inevitably puts strain on the already fragile peace process. The UK has demanded “refinements” to the protocol, but the EU understandably has no intention of reopening the agreement made in late 2019, arguing that the UK government knew what it was signing up for.

For businesses facing increased costs and in some cases ruin because of new Brexit rules, and for communities in Northern Ireland on edge as hard won peace is put under new pressures, the new reality is urgent and in some cases lifechanging. For many, life will never be the same. Yet while some UK journalists and a handful of politicians are raising the alarm, too many are looking the other way.

David Henig, an independent trade expert, wrote in response to news that a previously successful Yorkshire company is facing extinction due to Brexit restrictions, arguing that “there will be more of this as the UK economy adjusts to the dramatic rise in trade barriers. Meanwhile Government and Opposition appear likely to talk about future economic growth while ignoring what is happening”.

Henig is right. Both main UK parties have for different reasons decided that playing down or ignoring Brexit serves their interests. The Conservatives do not want voters to understand that under their leadership we have become the first developed democracy whose government is deliberately making its people poorer. They are refusing to conduct an impact assessment of their post-Brexit deal with the EU – knowing the results would open the eyes of the public.

Understanding the Conservatives’ silence is easy. Labour’s near-silence is more complicated and based in its belief about its recent past and its route to a general election win in 2024.

Labour has lost four elections in a row. Its final loss in 2019 saw it fall to its lowest seat tally since the 1930s. Labour lost seats long considered its heartlands – Red Wall seats across North Wales, the Midlands and North of England. It was a brutal blow and came only four years after Labour lost its other heartland – Scotland.

Election post mortems have focused on Brexit and the loss of Leave voters to the Conservatives. A simple and therefore persuasive narrative suggests that Labour lost the Red Wall because Leave voters abandoned the party to ‘Get Brexit Done’. Some in Labour see their interests best served by effectively accepting Brexit and moving on, hence Keir Starmer’s commitment not to seek major changes to the UK’s relationship with the EU should Labour win the next election.

There are at least two problems with this choice. First, to blame all or most of Labour’s 2019 loss on Brexit does not match available evidence. Every post-election assessment of why people voted the way they did says that the number one reason for not voting Labour, among every demographic, was the party leadership and Jeremy Corbyn in particular.

Brexit was an issue for some voters – but Labour lost similar numbers of Remain voters to the Liberal Democrats, SNP and Greens due to disappointment over their lukewarm support for a second referendum, as they did Leavers to the Conservatives. Accepting Brexit without qualification risks the permanent loss of these Remain voters, while there is no guarantee that Leavers will warm to a party that accepted Brexit so late in the day.

Just as importantly, Labour’s hold on many Red Wall seats had been in question since at least 2010 due to rising disaffection with the party. Labour has longer-term issues to address than Brexit and Corbyn.

But there is a second problem. To win in 2024, Labour needs a coherent critique of what is wrong with Britain, why jobs are scarce, why the economy is in trouble, why public services are in need of investment and what Labour would do to improve lives, economy and society.

Far from a side issue, Brexit is the core of the Conservatives’ economic programme. Failing to criticise Brexit robs Labour of the opportunity to criticise their central policy, and the policy against which every economic choice will pale in comparison for decades to come.

The numbers are eye watering. Brexit will cost the UK 2.25 percent of its gross domestic product (GDP) by the end of 2022, equivalent to lost economic output worth more than £40bn. A survey of European and US economists found that 86 percent believe the UK economy will be at least several percentage points smaller in 2030 than it would otherwise have been. Brexit will harm the economy more deeply – and for longer – than the pandemic. The Bank of England agrees.

For all Boris Johnson’s talk of ‘levelling up’, Brexit will in fact increase regional inequalities according to both the TUC and Institute for Government. Former chancellor Philip Hammond believes that Brexit costs “will be pretty much 100 percent absorbed by exactly the demographic profile that voted Leave and then voted Boris Johnson, having never voted Tory before, in December 2019”; coincidentally, the very Red Wall voters that Labour is so keen to recover.

Labour may well believe that it can watch inevitable harm occur and speak out when public opinion has shifted against Brexit, but doing so cedes its leadership role and gives the Conservatives undue space to create a narrative of their own.

Labour ought to have learned from the 2010–15 parliament, when the Conservatives successfully created the narrative that Labour spending caused the financial crisis, rather than subprime mortgage lenders in the US. Once embedded, narratives can be hard to shift – the Conservatives’ narrative success allowed them to win in 2015 with a commitment to more austerity, a policy even then derided as counterproductive by economists. As with Brexit now, austerity was a policy Labour failed to oppose to its cost.

Where does this leave Britain? It leaves us facing economic hardship far greater and longer lasting than would have been the case had we just suffered the pandemic, though here too the Conservatives have failed us. It leaves smaller parties and journalists to do the job of explaining Brexit impacts to the country. It leaves Labour missing the opportunity to use Brexit harm to expose the Conservatives’ miscalculations and mistakes.

Labour has a way out. No one expects Keir Starmer to call for renewed EU membership – or any specific outcome – at this point. The next election is in all likelihood three years away; Labour would do well to avoid specifics, both commitments and categoric refusals.

Instead Starmer should argue that Brexit was done badly and that its effects will only increase harm when the economy is already weak after the pandemic. In doing so, he would speak directly to public opinion. Twice as many people already believe that Brexit has gone badly since the end of the transition period as believe it is going well. Only 1 in 4 believe Brexit is going well – most likely voters already hard to reach for Labour. Arguing that Brexit must be made to work, in the process attacking Johnson over the lies that led to his deal and its toxic outcomes, would align with Labour’s existing competence attack line.

Winning from Opposition is hard. Labour is entirely right to face towards the future and to have a laser-like focus on winning votes. But it should recognise that giving Johnson space to create a narrative that says the pandemic caused all the harm and Brexit is our ticket to a bright new future will only harm Labour’s chances.

The ill effects of austerity were already clear by 2015, but David Cameron nonetheless won an election by promising more. Sadly, facts rarely win elections – stories do. Labour needs a story of what Johnson has got wrong and it needs to be the story of our reality that voters believe by 2024. Ignoring Brexit only makes that job harder.