Why isn’t the Covid-19 crisis presided over by a committee of the wise, people experienced in international politics and crisis management? 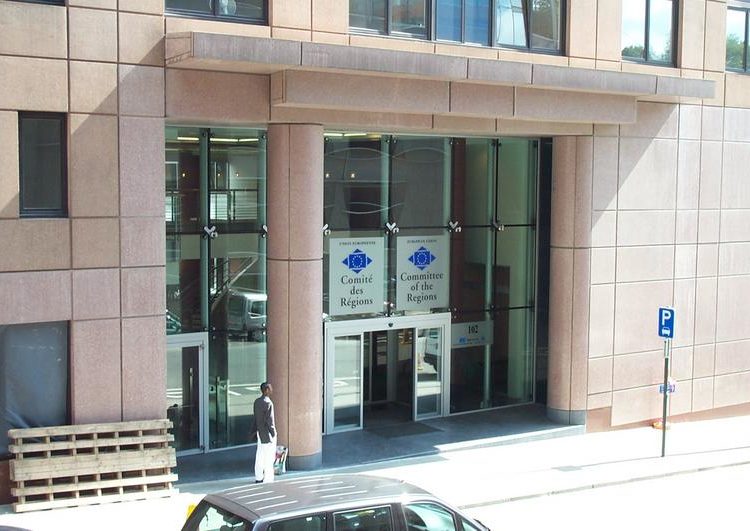 Why isn’t the Covid-19 crisis presided over by a committee of the wise, people experienced in international politics and crisis management?

The easy answer is blinkered attachment to confrontational party politics and the associated dogma. The evidence from our closest European neighbours shows that collaborative, consensus-seeking politics works. The Dutch government called on a previous health minister to step in, owing to his wide experience and understanding, when their own minister was indisposed.

At times of crisis, political consensus is essential yet still insufficient. Humility, and a grasp of the realities of diplomacy and working at all levels with the EU, is vital. Why are we still insisting on the closure of EU offices in Belfast, Cardiff and Edinburgh? No one is persuaded that this is a boost to national sovereignty: the EU has offices around the capitals of the world that help with all manner of education and policy information sharing, as well as sharing resources to protect EU citizens from any of the 27 member states. The commitment to looking after each other has served us all well. The French and Germans are ferrying citizens from around the world back home as well as taking in patients in Germany where there is spare bed capacity.

This is not about sovereignty. It is about humanity.

So why doesn’t the UK share in this? Why doesn’t the UK publicly applaud and endorse the EU Commission’s efforts to combat disinformation? Why is it keeping quiet about the EU’s ‘Plan S’ on immediate Open Access to Covid-19 research? The Commission has released €47.5 million of emergency money from the research funds known as Horizon2020. This is to support 17 cross-EU international research teams, plus €80 million to support Curevac, an innovative EU vaccine developer, to scale up. To strengthen global cooperation, it is coordinating international initiatives with others under the Global Research Collaboration for Infectious Diseases Preparedness, bringing together 29 funders from five continents and the WHO. A further €20 million has been contributed to the Coalition of Epidemic Preparedness Innovation (CEPI). (All information about this is available on ec.europa.eu).

This is EU solidarity. It is an example of what being in the EU means. Working together because we have learnt through experience that better outcomes can be achieved by compromise. We must not lose sight of the fact that the EU’s remit has grown in line with the challenges facing European countries. In the 1950s, supranational technocrats were put in charge of coal and steel resources to ensure they were shared for the good of all and to prevent any of the then six member states working purely in their own self-interest to the potential detriment of all.

Now, the EU does not have legal competence over all areas of health care. Nor was it ever envisaged that it would. However, it does have a role in respect of protecting citizens. Health care is mainly in the hands of national governments. Viruses do not respect borders so the EU’s member governments are right to try to address the pandemic together. When the Maastricht treaty faced so much Conservative infighting during the John Major government in 1991, the EU committed to the principle of ‘subsidiarity’. This principle stipulated that the EU’s member governments would work together in those areas where better results could be achieved rather than working alone. This ambition now extends to the health arena where EU competence is tiny compared to that left to national governments.

The EU Commission last month launched a panel of seven independent epidemiologists and virologists. This panel is creating guidelines on science-based and coordinated risk management and advising on response measures for all member states. This will include gaps in clinical management, priorities (including civil protection) and policy for long-term consequences of Covid-19.

On 19 March, the European Centre for Disease Prevention and Control used the panel’s feedback and published recommendations on community measures like social distancing and testing strategies. Foremost is the production of personal protective equipment (PPE) to ensure an adequate supply across Europe. Measure will address production capacity and anticipated needs (including the type and quality of PPE), as well as converting production lines and accelerating high-performing devices onto the market. Exports outside the EU are now subject to a temporary export authorisation.

A temporary ban on non-essential travel to the EU was agreed on 17 March. On 23 March, maintaining and speeding up the continuous flow of goods was facilitated, and on 26 March this was extended to include operational changes to keep air freight moving medical supplies and personnel. €1 billion is to be made available in an EU budget guarantee to the EU Investment Fund, to provide liquidity to small and medium-sized enterprises (SMEs), and €8 billion to help at least 100,000 companies. An investment of €37 billion (using unused cohesion policy funds and redirecting spending to fight Covid-19) is being progressed.

As well as capitalising on existing funding mechanisms – using €28 billion in structural funding – and creating a solidarity fund, action has been taken to address other matters affected by Covid-19. As a result, temporary state aid rules to support citizens and SMEs, and safeguard employment, have been advanced. Fears about bankruptcies leading to asset stripping by domestic and foreign interests led the EU to screen foreign direct investment bids to protect critical European assets and technology. In addition, the EU is promoting research and development and fighting disinformation. There is concern that disinformation not only interferes with the public following evidence-based directions to safeguard public health, but potentially leads to a fall in trust in government and authority. Ultimately, that endangers democracy.

The EU is acutely aware that any measures restricting people’s movements must be essential, short-term and subject to constant and regular oversight and parliamentary accountability. If the European Parliament and other national parliaments can operate digitally or on an agreed face-to-face basis (as the German Bundestag does), it is not surprising that they find the closure of the British Parliament as curious and anti-democratic.

The EU’s response to Covid-19 shows what responsible government looks like. The German Chancellor Angela Merkel will take over the EU’s rotating Presidency in July. No wonder people welcome this. Both the French President Macron and the German Chancellor have shown what putting citizens first means.

However, as crisis management evidence since 1948 suggests, governments tend to fall back on their first preferred option when deciding how to respond in crisis situations. This often results in sub-optimal and risky strategies being followed (and recognised as such afterwards).

Now is the time, even though horrendously late, to abandon preconceptions and whole-heartedly grasp working with our EU friends. This is an existential crisis where political dogma should have no place.

It is high time cross-party consensus prevailed and action was taken at all levels: local, regional, national and European-wide. Without doing so we will fail domestically and also in regard to our international responsibilities.

EU solidarity matters no more so than now.