The professional qualifications bill has many problems, the Henry VIII powers, and the potential of brain drain overseas. 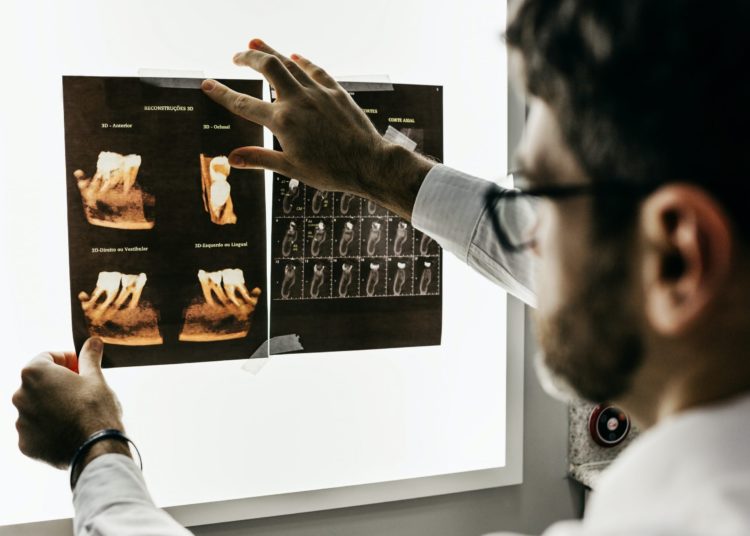 “Welding Iron Worker” by emirkrasnic is licensed under CC BY 2.0

The professional qualifications bill, which originated in the House of Lords, with detailed debate (committee stage) just started, is a curious beast. The government would have you think that it is a minor technical thing – a little tidying up in the post-Brexit transition period, dealing with how foreign professionals wanting to come to the UK can be accommodated through coordination with professional registration bodies. It’s one more step, in the government’s terminology, to ensuring how the world’s “brightest and best” come to meet our needs and serve our economy.

As it is being presented first in the House of Lords, the government isn’t facing clear party lines of support and opposition, but rather a wide range of questions and concerns from peers, many current and former professionals themselves. But in terms of political perspectives, there’s a broad range expressing a single concern – that this is a massive power grab by the government.

It’s clear that the government is seeking to use it to ensure that it can push through a services element in free trade deals (on which parliament won’t have a say – unlike the European parliament with EU trade deals). That could make it possible for the government to force professional bodies to open their ranks.

A shortage of skilled people

There are serious questions about the quality of our professional regulation. Labour’s Lord Sikka made powerful arguments about that in an earlier debate on the bill. But there’s also a huge shortage of skilled people – in the UK and abroad – and massive pressure to water down standards particularly for medical professionals.

Lord Hunt of Kings Heath raised the issue of dentistry, but there was an even more urgent example reported as the debate began – that NHS trusts are recruiting unqualified people to act as registered nurses, in the light of almost 35,000 unfilled nursing posts.

How are professional qualifications regulated by individual countries?

There’s also an important issue on which I’ll continue to work – that the regulation of professionals in many areas falls under the control of devolved national governments. The official explanation from the government says these would be consulted and not “normally” overruled. I finally extracted from the minister this statement:

“I can conceive of no circumstances in the area of professional regulation and the mutual recognition of professional qualifications where the government would wish to overrule any devolved Administration.”

One to keep on the record for future reference.

There’s also the fact that the bill contains huge numbers of what are known as ‘Henry VIII clauses’, where the government is given power to create regulations that will actually control the operation of the future Act. When this affects more than 50 regulators controlling 160 professions, that’s a powerful lot of detail.

But the single amendment that I tabled takes a broader view. In light of the power grab, and the uncertainty of what regulations the government might bring in with little parliamentary oversight, it calls for regular reports on the impact of the legislation, and how it interacts with other government actions.

One element that the amendment seeks to assess, is the impact of the government’s declared intention to poach people who have been trained – often at great cost – by other nations, particularly nations in the Global South.

The UK is a wealthy country. We have a complex, difficult world, with a climate emergency and huge public health dangers. What the world needs is a great many more professionals – trained people in every country on this planet, able to help the human race deal with the challenges we face.

Rather than competing to attract professionals already trained by other nations, we should be training enough people for our own needs – particularly in medical fields. And we should be directing overseas development assistance (the funds the government is slashing – which desperately need to be restored to previous levels, or boosted further) to help other train and retain staff, and to help professional bodies in the Global South to strengthen their structures, including registration and training.

As Covid-19 has so acutely demonstrated, no one is safe until everybody is safe. We need good-quality professionals in every country in the world, and we have a gross shortage at the moment.

That doesn’t mean locking individuals in place, but looking at the overall supply of trained people. We have to acknowledge – indeed embrace – the fact that young people, and older people, often want to travel, to experience the world and learn from different countries and systems. They will become better, more skilled professionals from that experience.

The impact of Brexit and immigration on skilled professionals

Which is one reason why my amendment also called for regular reporting on the interaction of the immigration system and this bill. We’ve seen the hostile environment hitting professionals hard; the ridiculous, expensive situation of hardworking professionals who’ve worked in our NHS for years facing being sent home, while their bosses flew off to foreign climes to recruit new staff to replace them, at great cost – both financial and in terms of professional and personal disruption.

If the government is seeking to create a new, post-Brexit environment for professional workers, it should not just be throwing out a new law into a fast-changing world, but regularly assessing its impacts. Impact assessment is something that the UK political system is notably bad at, but it’s time that changed. Our medical services, our construction industry, the security of our food supplies and those who ensure its safety and security, would be excellent places to start such checks.