By consensus, even among right-wing commentators, the prime minister was systematically dismantled by Keir Starmer at yesterday’s prime minister’s questions 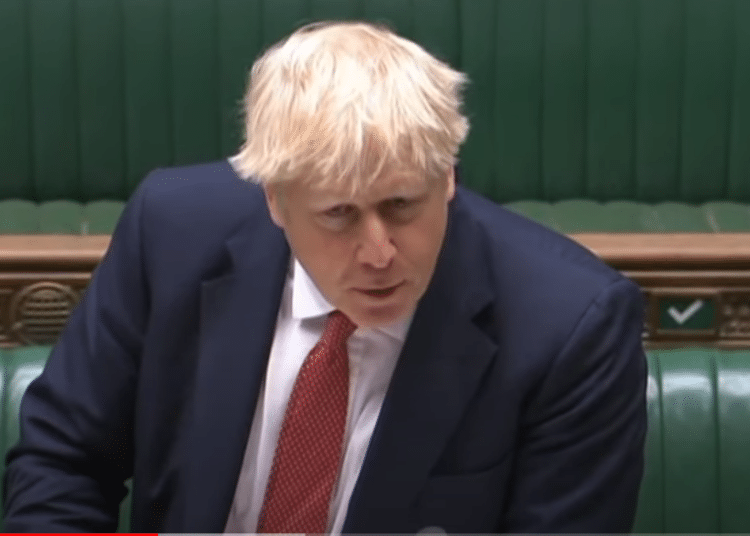 By consensus, even among right-wing commentators, the prime minister was systematically dismantled by Keir Starmer at yesterday’s prime minister’s questions (PMQs). It was his worst performance in a series where he has consistently struggled against the new Labour leader and former barrister. John Crace, in an excoriating piece for The Guardian, says many Conservative MPs are starting to see him as a liability, which is indeed exactly what he is – and not just for the Tory party.

Dan Hodges, a columnist for The Mail on Sunday, live tweeted:

Someone earlier this year remarked on Starmer’s almost ‘preternatural calm’ as he goes about his work and it is perhaps this that Johnson finds so disturbing.

The summer recess offered only a brief respite for the prime minister. As MPs returned to Westminster, Starmer simply carried on from where he left off before the break. If it was a boxing match, the referee would have stepped in to save Johnson from further punishment. Facing a series of telling and effective blows, all Johnson had to offer was flailing arms to defend himself from a tormentor who floated like a butterfly and stung like a bee – to use the words of Muhammad Ali.

At the end he looked punch drunk, as well he might. But the question is, why is Johnson so uniquely awful at prime minister’s questions? The answer is actually not that difficult.

Firstly, he famously doesn’t do details and despite an Eton and Oxford education he actually appears to be quite dim. But this is only half the problem. To make matters worse he is also lazy and manically disorganised. Up against a clever opponent with a clear and consistent line of questioning, he is unable to even attempt an answer to any of the points put to him. Not because he doesn’t want to, as previous prime ministers didn’t, but because he can’t. Lacking the knowledge to defend himself, he resorts to bluster and personal insults.

Exchanges across the despatch box between Tony Blair and William Hague were like rapier thrusts between two consummate politicians by contrast.

Ministers complain that decision making in Downing Street is slow because Cummings insists on making all the major ones himself. A string of U-turns over the summer speaks of policy mistakes that were either made by the PM’s senior advisor or approved by him. Either way, one has to question his ability to manage strategy. It cannot be too long before even Johnson begins to wonder if letting Cummings loose was a good idea. It must come as a trifle disappointing to learn the near genius is not as near as he thinks. The government’s handling of multiple issues recently, suggests he is a long way short.

Check out some of Anthony Robinson’s other articles:

The problem is not easily solved, since it is a product of the interplay between the two key figures, Cummings and Johnson. Cummings works behind the scenes to develop policy details and responses, but they are defended in public by the prime minister, whose grasp of the issues is somewhere between tenuous and non-existent. Johnson is trying to defend decisions made by Cummings without knowing or understanding the reasoning behind them.

Johnson doesn’t do detail and Cummings can’t do delegation – because he doesn’t trust anybody. But when timely and crucial decisions need to be made every day this cannot work.

And it was never supposed to be like this.

The plan was for Johnson to take the credit for Cummings’ work in return for his senior adviser having unrivalled authority to do whatever he pleases. But the fast-moving coronavirus pandemic, with all its terrible ramifications, has exposed the folly of a highly centralised decision-making process that would have taxed a half competent leader. With Johnson at the helm it is disastrous – for him and for us. Far from any credit there is only blame at the moment, and in spite of efforts to deflect it onto civil servants, at PMQs it is Johnson himself in the firing line.

There must be growing friction between Cummings and Johnson, and this friction is mostly likely being exacerbated by Starmer, who not only does do details, but uses them cleverly to expose the PM’s lack of grip on the government machine. He can think on his feet and is starting to bring a little humour to it too. It cannot be comfortable for Johnson or sustainable – how long can the prime minister defend poor decisions taken by Cummings before he is jettisoned?

Tory MPs are getting restless. There is already a chill in the autumnal air, but the prime minister must know that a serious winter of discontent is just around the corner and every Wednesday he is going to be called to account.

Johnson is adept at painting a highly optimistic picture. Unfortunately, too often nowadays his work is beginning to look like a poor copy of a Hogarth sketch done in the style of Salvador Dali.