When a business messes up, you can usually get a refund. So why isn't the government asking for a PPE refund? David Goff writes about the multi-million pound contracts that were given out to businesses, signalling the lack of care from ministers as to who profits from the pandemic. 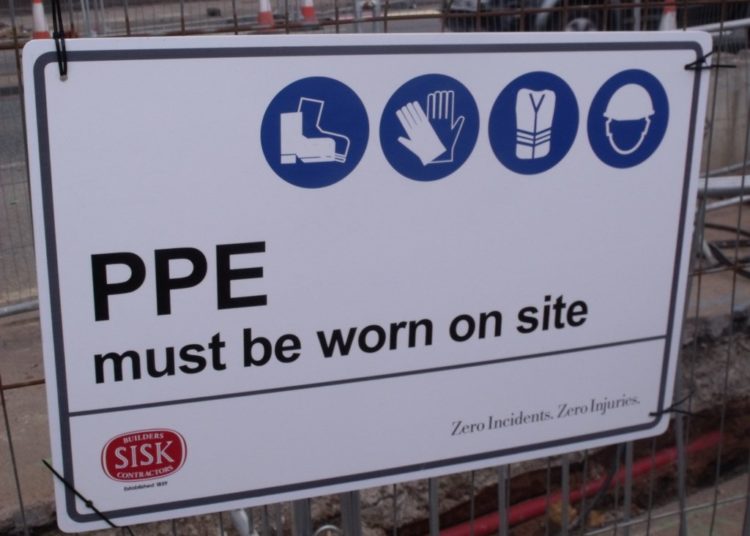 The third in a series from David Goff, who has been contacting companies to ask about getting a PPE refund. “In normal circumstances when a business messes up, delivers the wrong item or sells you a piece of shoddy rubbish, you can ask for your money back. When it comes to covid contracts, and the good we could do with just a fraction of the money that’s been wasted, I think a refund is worth a bit of effort”.

Convinced that greed could inspire a way out of the health crisis, the government has legitimised and applauded the sort of despicable profiteering normally only associated with wartime.

Companies that inflated prices or failed to deliver any usable products have banked fortunes, yet the departments responsible for writing the contracts refuse to acknowledge the problem and won’t say if they have requested refunds. With at least £180m spent on faulty personal protective equipment (PPE) alone, their indifference is proving costly.

Are ministers happy to see our money “spaffed up a wall”, as long as that wall belongs to the sort of people they went to school with? Or is the truth that they are in no position to demand any money back after ordering the wrong products from companies too greedy or inexperienced to point out their mistakes?

Profiteering during a national crisis is usually thought to warrant severe punishment, like the three months’ hard labour a blackmarketeer from Folkestone received in 1941 for illegally selling eggs. Now, I’m not suggesting we make the chief executive of Serco join a chain gang (although let’s not rule it out entirely), but the government seems content to grant today’s profiteers complete immunity.

PPE refund: ministers don’t care who profits from the crisis

Take the Department for Education (DfE), which the public accounts committee has labelled “surprisingly unconcerned” about the huge profits they’ve allowed private companies to rack up. Companies like Edenred, whose lucrative deal for school meal vouchers leapt from £78m to £425m without the department bothering to negotiate improved terms.

The same casual approach was on display when the DfE announced funding to help disadvantaged pupils access online learning. Step forward Computacenter, a firm founded by long-term Tory donor Phillip Hulme. It was awarded contracts worth £241m by officials apparently as unworried about value for money as they were about employing a company who can’t spell the word computer.

Legally, all such contracts must be published promptly, but the DfE seemed to have trouble remembering where they’d put them until the tenacity of the Good Law Project jogged their memory. Figures hidden among the heavily redacted paperwork showed Computacenter charging around £206 per device, which experts suggest represents a 100 percent mark-up on wholesale prices.

In schools, IT staff voiced disappointment with the quality of the laptops, describing some as Frankenstein machines, cobbled together from obsolete parts. In fact, cheaper kit with higher specifications was readily available from well-known retailers. When I suggested the DfE could have got a better deal online, a spokesperson told me their decision was influenced by the need to deliver devices “in the shortest possible time-frame”, so he’d obviously never heard of Amazon Prime.

Computacenter didn’t respond to my requests for a refund or an explanation of their prices. However, they weren’t as coy with their shareholders, announcing a 402 percent rise in dividends while their chief executive crowed over the “fastest profit growth” in the company’s history. Their financial report makes clear this growth resulted from “improving margins” for technology supplies and “new business with the public sector” – which might translate as, “We’ve sold loads of overpriced computers to state-funded schools.”

Charging £25 more than PC World for thousands of devices looks a lot like the kind of blatant profiteering the Competition and Markets Authority (CMA) have the power to prosecute. I put this to the CMA and its intelligence team is looking into it. Despite this, the DfE insisted they got a good deal for the taxpayer, that problems with the technology were “small in number” and that Computacenter had “delivered successfully”.

Did the government spend our money on the wrong PPE?

Meanwhile, over at the Department of Health and Social Care (DHSC) around £7bn of PPE contracts have been given to firms with no experience in the sector, or which are run by people connected to the Tory party. Unsurprisingly, several of those companies have messed up on a grand scale, leaving the DHSC looking for somewhere to store mountains of unusable masks and gowns.

People involved with these deals have told me that building in profits of 80 percent was considered routine and the DHSC has conceded that some contracts went to suppliers of defective products. A spokesperson for the department insisted they could take action to recover money “where appropriate”, but avoided specifics and declined to say if any refunds had been requested. Despite many contracts being over 12 months old, the DHSC is apparently “not yet in a position to report on monies recovered” while “discussions with suppliers are at various stages”.

The Good Law Project believes that statements like those do nothing to dispel the suspicion that some DHSC contracts contained incorrect specifications for vital equipment and so don’t allow for refunds. Indeed, the public accounts committee has demanded details of how the department is seeking to recover costs, after being unhappy with the equally vague evidence presented.

I contacted companies linked to failed PPE. None suggested the department had asked for any money back, while some of the biggest offenders stated explicitly that they hadn’t. Time and again these firms insisted they provided everything the government asked for.

Take Alltest and Wondfo Biotech, the manufacturers of antibody tests that the prime minister, addicted to over promising, hailed as “a total game-changer”. After Oxford University demonstrated their tests didn’t work as expected, the DHSC declared that it would attempt to reclaim the costs. However, both companies insisted the fault lay with UK officials and politicians who misunderstood the nature of the technology they were buying. Some 14 months have passed, but the department still refuses to say if it’s recovered any of the £16m spent on the tests.

Being desperate is no excuse for being useless

I asked the chancellor if, as someone presumably keen to safeguard taxpayers’ money, he would raise the issue with his colleagues. His response included a letter signed by the health secretary in which Mr Hancock employed the same careful semantics used by his department. He stated that where products “did not meet specifications … we can cancel contracts and reclaim any money spent”, but he avoided saying if they had actually done either.

However, with court cases forcing his hand, Hancock may not be allowed to maintain this ossification indefinitely. In April, High Court documents revealed that some contracts appeared to have failed because of his department’s “inadequacies”, particularly a “failure to impose contractual terms matching the NHS’s actual requirements.” Evidence showed that in one case alone, £150m was spent on the wrong masks due to a “contracting mistake” stemming from the department’s failure to clarify the “product specification”.

Already culpable for the lack of planning that exacerbated the situation, the government has always insisted that the urgent need for PPE in spring 2020 necessitated rapid and unusual decision-making. However, being desperate is no excuse for being useless. Just how useless it has been is the £180m question it needs to answer.