Let’s give the prime minister the benefit of the doubt. Don’t worry, it won’t be for long. 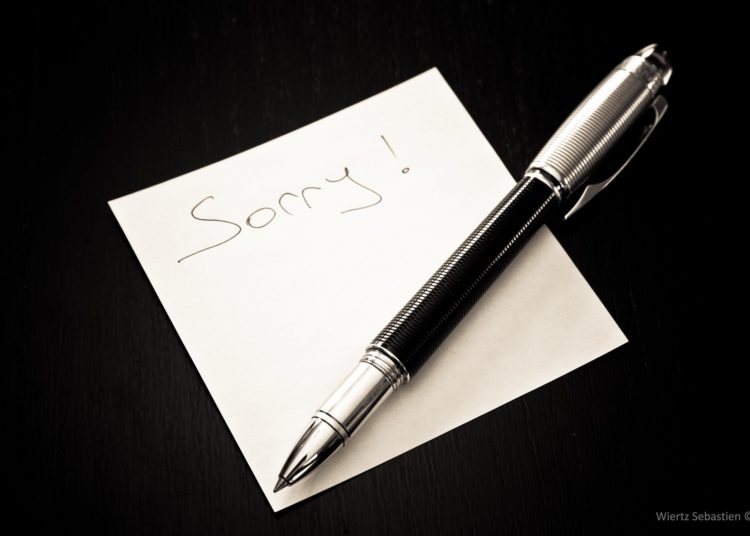 Let’s give the prime minister the benefit of the doubt. Don’t worry, it won’t be for long. Just one paragraph. Bear with me.

Let’s say that he wasn’t trying to blame care workers. Let’s say that he meant that no one knew the correct procedures for care homes to follow. Let’s acknowledge that if you’re the prime minister in the middle of a pandemic, you’re going to be working long hours and speaking to lots of people and occasionally you might mangle your words. Remember, this is a man who can’t say ‘contact tracing’.

Let’s say he didn’t mean it when he said, “We discovered too many care homes didn’t really follow the procedures”. Let’s say that.

But if you’d said that, and hadn’t meant it, you’d say sorry.

Why didn’t Dominic Cummings say, “I made a mistake. I was trying to look after my family, but in my position I should have set an example. I’m sorry”? We’d forgive them, wouldn’t we? We’re all human; we’ve all mangled our words and made errors of judgment. We’d understand. Perhaps not all of us, but enough for us to move on, for the moment to pass, for the guidelines that we’d all followed to remain untrashed.

Perhaps they think that apologies are seen as weak, and they might have a point. It probably is the case that we could do with a political culture that doesn’t punish politicians when they change their minds. We could probably all do better in praising, rather than abusing, politicians who admit when they’ve got something wrong.

But if you asked me to name the best thing the government has done during this crisis, I would say that it’s the U-turn over free school meals. No one is still criticising the government for getting that wrong to start with: they’re just glad they changed their mind. Saying you were wrong doesn’t have to have political consequences.

So why don’t they say sorry? Why, instead, do they create a fantasy world where ‘they didn’t follow the procedures’ means ‘there were no procedures to follow’ and where driving to Barnard Castle with your kid in the back of the car is a reasonable way of checking your eyesight?

Why did minister after minister line up to demean themselves on Twitter, to pretend against all the evidence that there was nothing wrong with what Cummings did? Why did Alok Sharma trundle on to the Today programme to insist that, despite what you heard on TV, Johnson didn’t say the words he clearly said?

The great chess grandmaster Garry Kasparov, someone who knows about state falsehoods, has the answer:

If you’ve had an online argument with someone who was pretending to believe that Cummings’ road trip didn’t break the guidelines, or that Boris Johnson didn’t say that “too many care homes didn’t really follow the procedures”, you’ve probably experienced some of that exhaustion. Especially if you’ve been spending four years arguing about £350m for the NHS, 50,000 nurses, 40 hospitals, two bridges to nowhere and an airport in an estuary. And if you think that’s bad, imagine: “having to work with these truth-twisters”.

The lies aren’t just a convenient way of getting our leaders out of trouble. They are the whole point of the exercise.

Even in these exhausting times, let’s vow not to become exhausted. Let’s keep demanding that there is such a thing as truth, that politicians should, and can, apologise for their mistakes. Otherwise we’ll all be sorry.